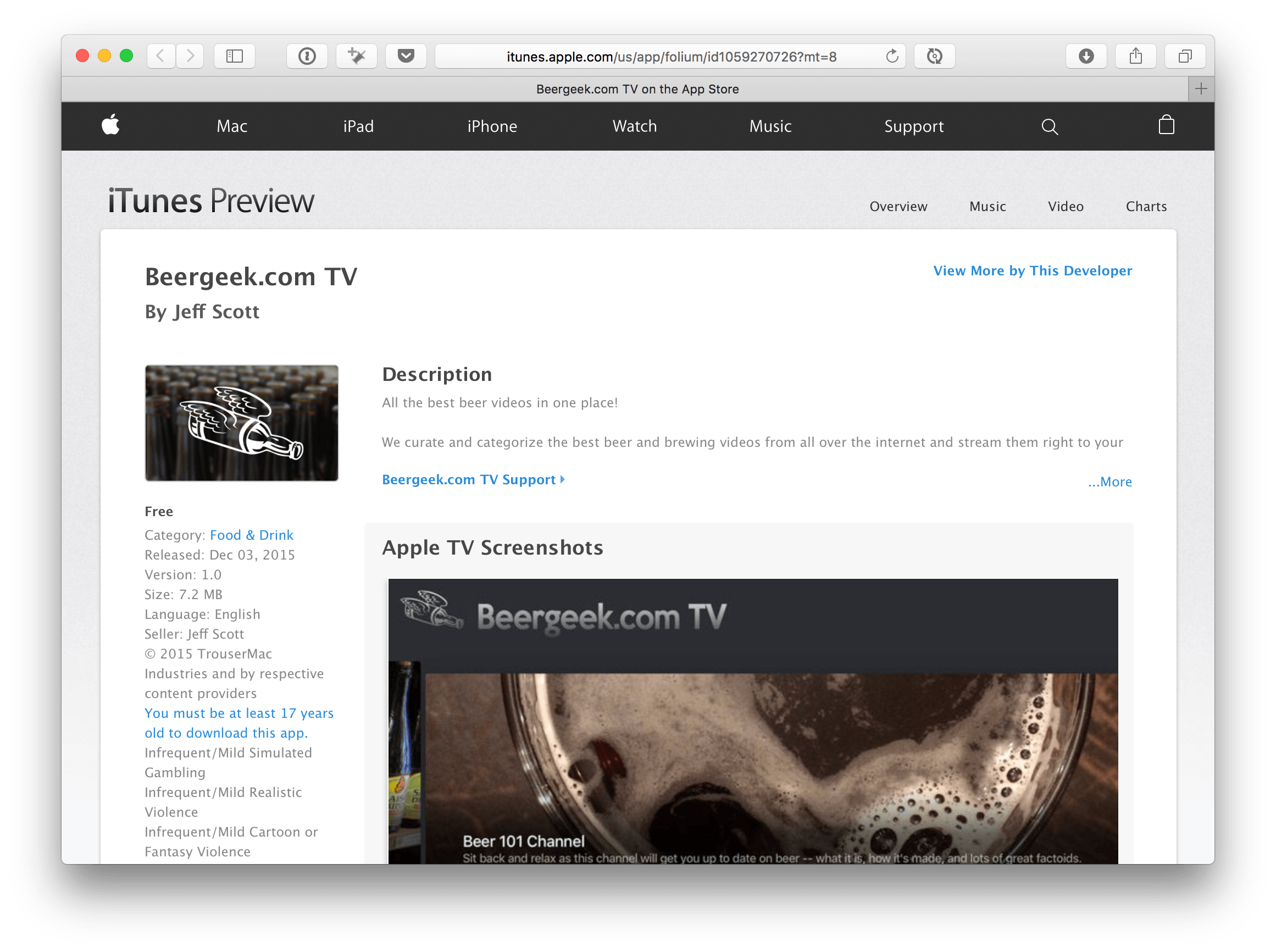 Apple has begun rolling out web links and iTunes web previews for Apple TV apps. The change, first noticed by Jeff Scott and which we were able to confirm via Safari on OS X, allows users to link to tvOS apps in a web browser, which will show an iTunes Preview with screenshots, app description, and other information.

This seemingly minor feature addition – after all, users have been able to share links and open iTunes web previews for iOS and Mac apps for years – is a notable improvement for the tvOS app ecosystem. When third-party Apple TV apps launched last year, Apple didn’t offer the ability to link to apps directly, which considerably limited a developer’s options to link to their apps from websites and social media accounts.

At the moment, it’s not clear for how many apps Apple has rolled out the ability to view them with an iTunes web preview. According to our early tests, links to Apple TV-only apps showed a web preview with Apple TV screenshots in the browser; Universal iOS apps with tvOS support didn’t show any Apple TV information in the current iTunes web previews.

This was also confirmed by Kevin MacLeod of AfterPad, who told us that while the iTunes API is now returning screenshot metadata for tvOS-only apps, that metadata is absent for iOS apps with tvOS support. 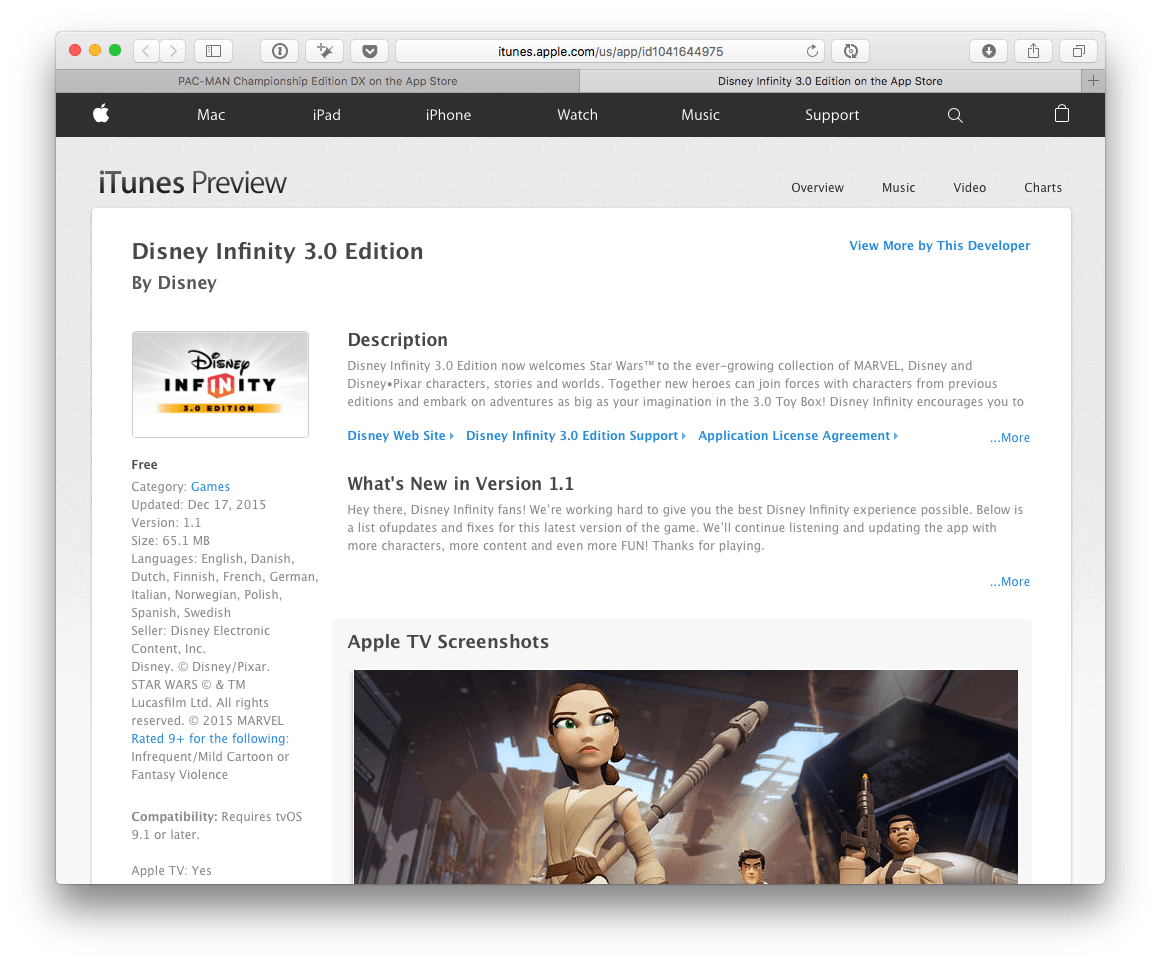 MacLeod is the creator of an independent tvOS app catalog, which we also used to confirm web previews for tvOS apps in Safari on the desktop. Currently, MacLeod’s website is one of the few ways to actually discover links to tvOS apps – Apple isn’t advertising them anywhere. Links for tvOS apps aren’t technically new – MacLeod was able to figure them out before – but until today, those links wouldn’t show users an iTunes web preview, nor would they expose any metadata to apps like Twitter clients or Slack.

Furthermore, iTunes web previews for tvOS apps don’t have any Download buttons to buy or download the apps from a desktop computer, and the links don’t work on iOS yet – they redirect to the iOS App Store, bringing up an error.

You can test tvOS app links with iTunes web previews here and here. We’ll continue to monitor the rollout and post updates here if necessary.