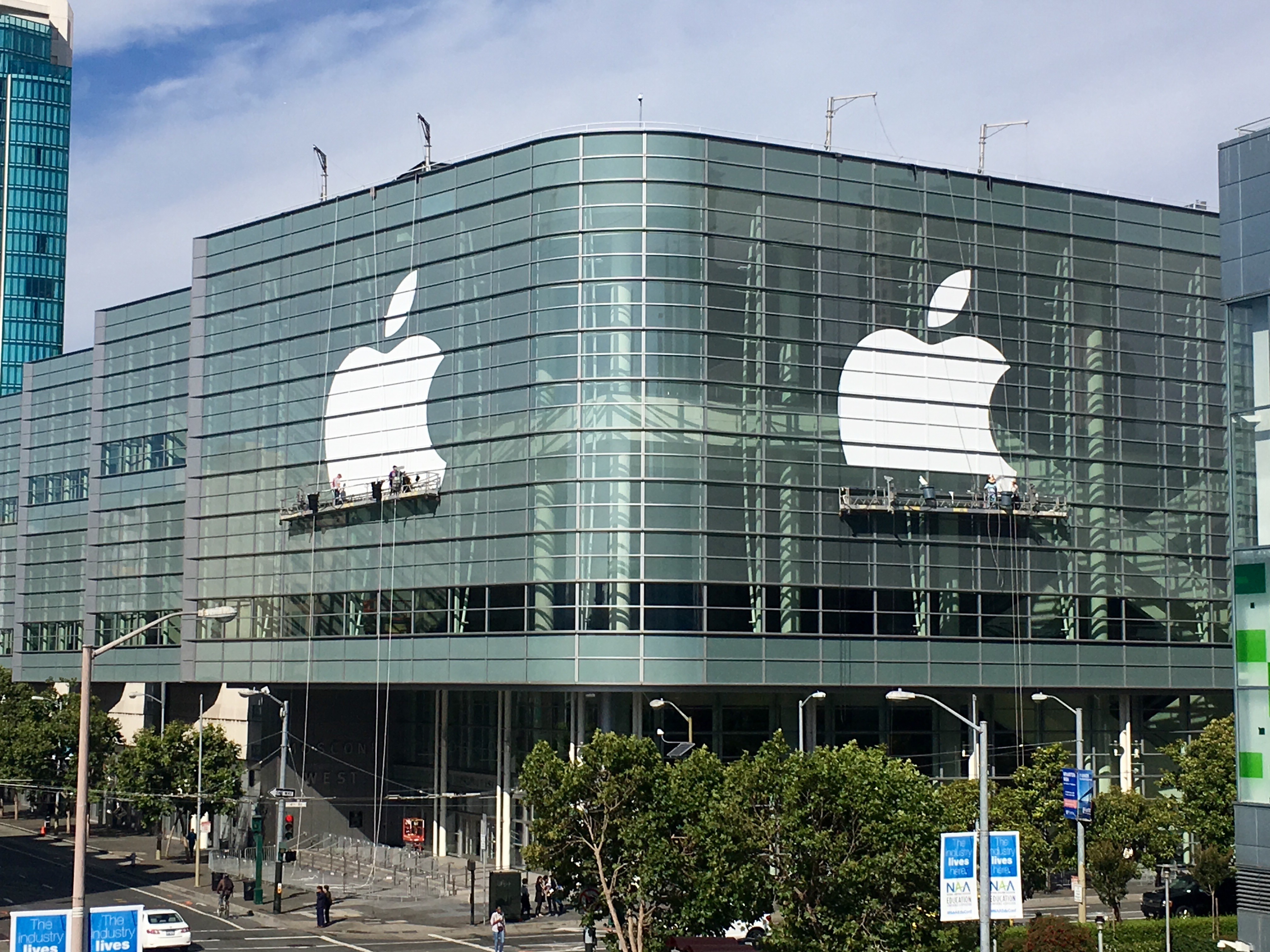 Apple has started decorating Moscone West in San Francisco for WWDC, kicking off this year on Monday, June 13.

Every year, Apple decorates the convention center with different sets of banners: the ones matching the event’s tagline and graphics already available on the WWDC website, and others showing the official (and previously unseen) logos of new versions of iOS and OS X. For the first time, Apple will hold this year’s opening keynote at the Bill Graham auditorium, with technical sessions and labs to be held as usual at Moscone during the week.

Apple is expected to introduce iOS 10, watchOS 3, tvOS 10, and the next version of OS X, likely to be renamed “macOS”. While rumors have been scarce, previous reports indicated Apple could bring Siri to the Mac, introduce a Siri API for developers, and redesign their Music app.

Apple has begun decorating Moscone West with its logo earlier today, and, like every year, we’re documenting the process with photos from San Francisco. With preparations now well underway, Apple will continue to decorate Moscone West with new banners in the next few days, possibly showing the official logos for iOS 10 and OS X 10.12. 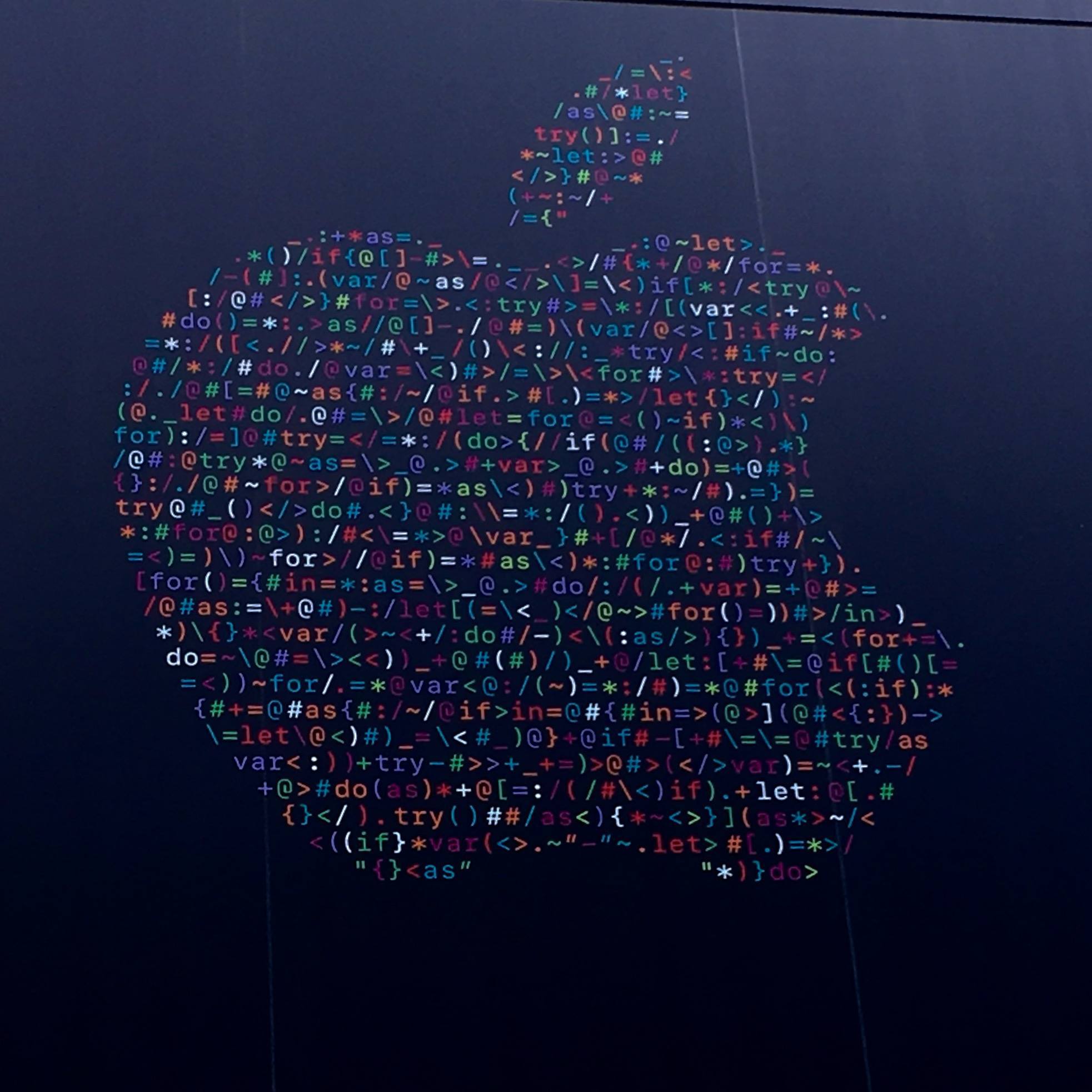 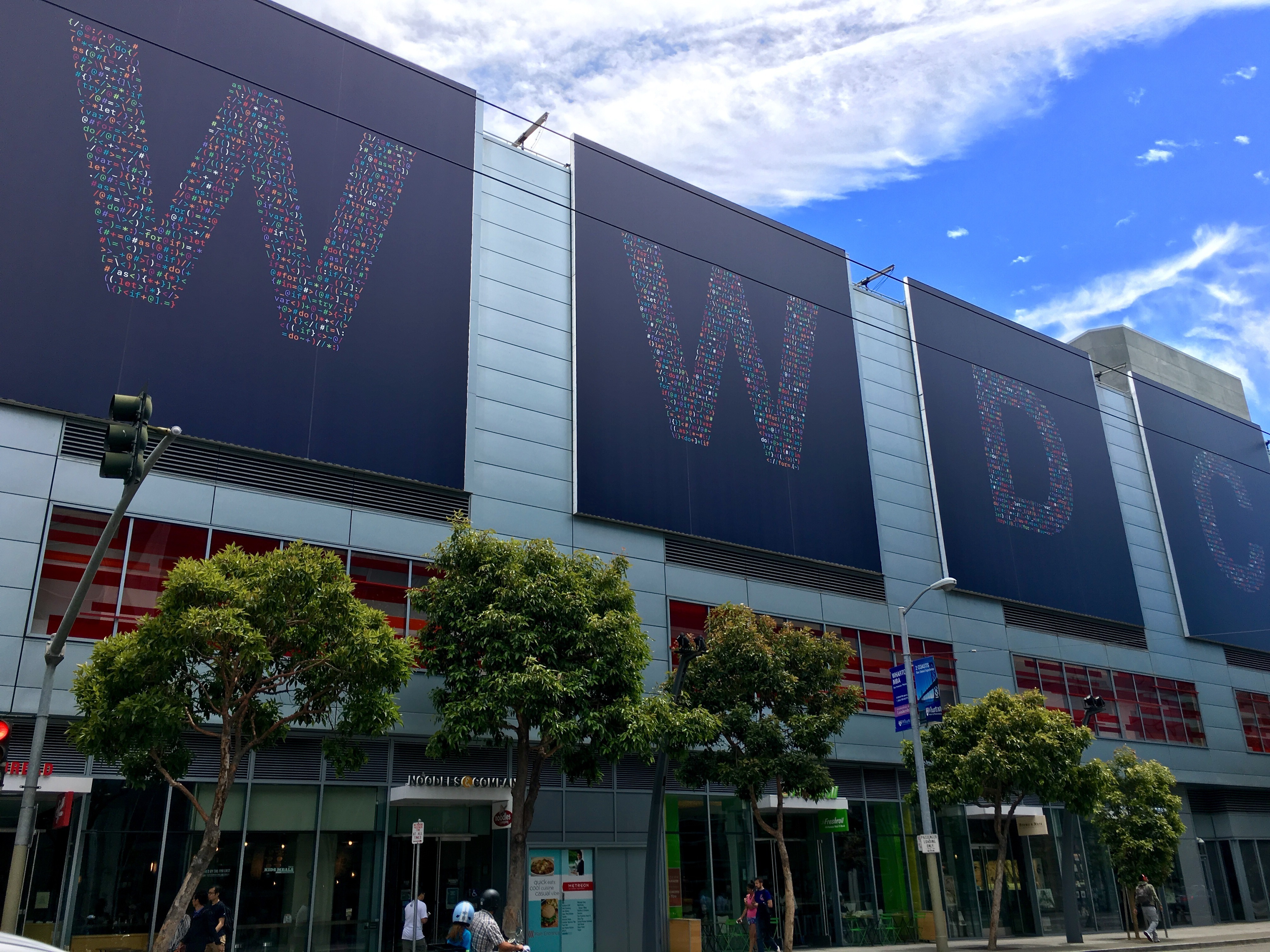 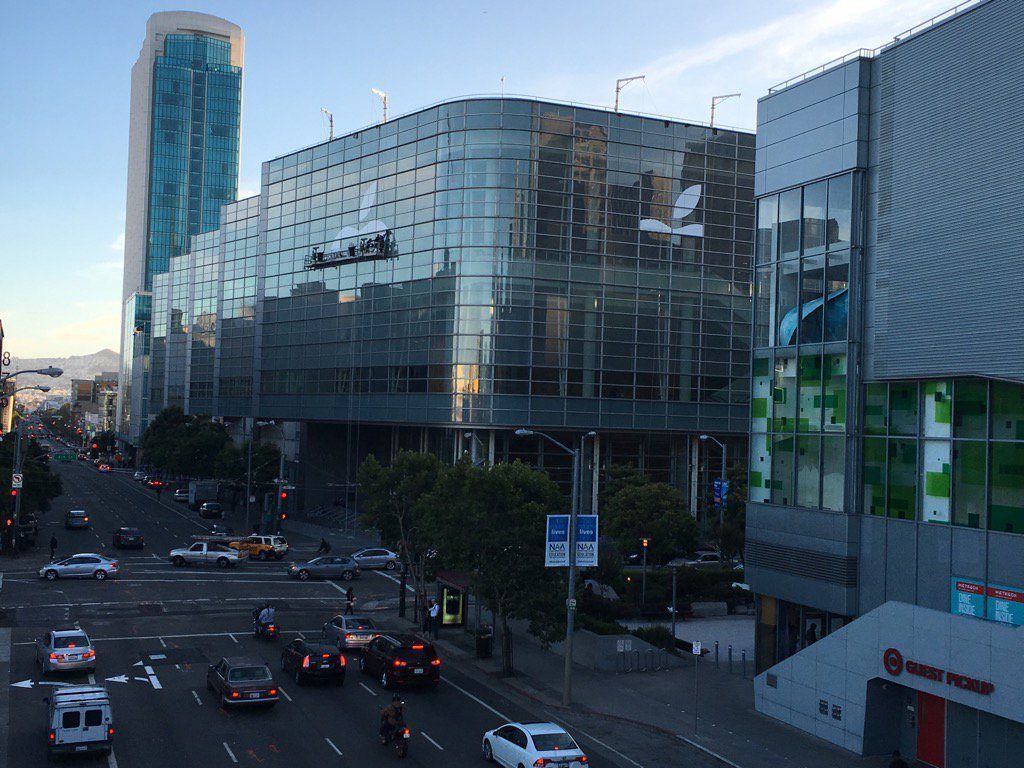