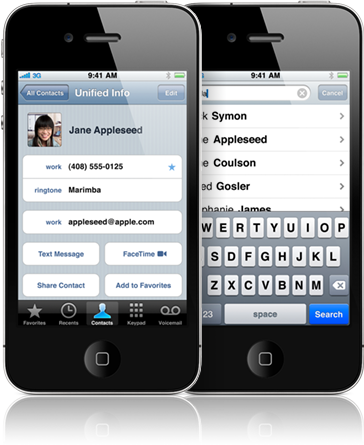 It’s been a week since the Path (and other iOS apps) debacle regarding access and storage of address book data, and now Apple spokesman Tom Neumayr told AllThingsD that soon apps that use address book data will require explicit user permission to do so.

Apps that collect or transmit a user’s contact data without their prior permission are in violation of our guidelines,” Apple spokesman Tom Neumayr told AllThingsD. “We’re working to make this even better for our customers, and as we have done with location services, any app wishing to access contact data will require explicit user approval in a future software release.

Apple has done the right thing by addressing this issue as it has blown up all over the Internet, The Next Web has a nice rundown of “What iOS apps are grabbing your data, why they do it and what should be done.” Apple users can be assured that in the near future no app can read and transmit contact data without the users permission.

Apple’s response comes right off the heels of an inquiry to Congress that iOS developers could be accessing and storing user data without permission.

This incident raises questions about whether Apple’s iOS app developer policies and practices may fall short when it comes to protecting the information of iPhone users and their contacts,” House Energy & Commerce Committee Chairman Henry Waxman and Commerce Manufacturing and Trade Subcommittee Chair G.K. Butterfield said in a letter to Apple CEO Tim Cook. “How many iOS apps in the U.S. iTunes Store transmit information from the address book? How many of those ask for the user’s consent before transmitting their contacts’ information?

The entire letter from the committee can be read over at AllThingsD.