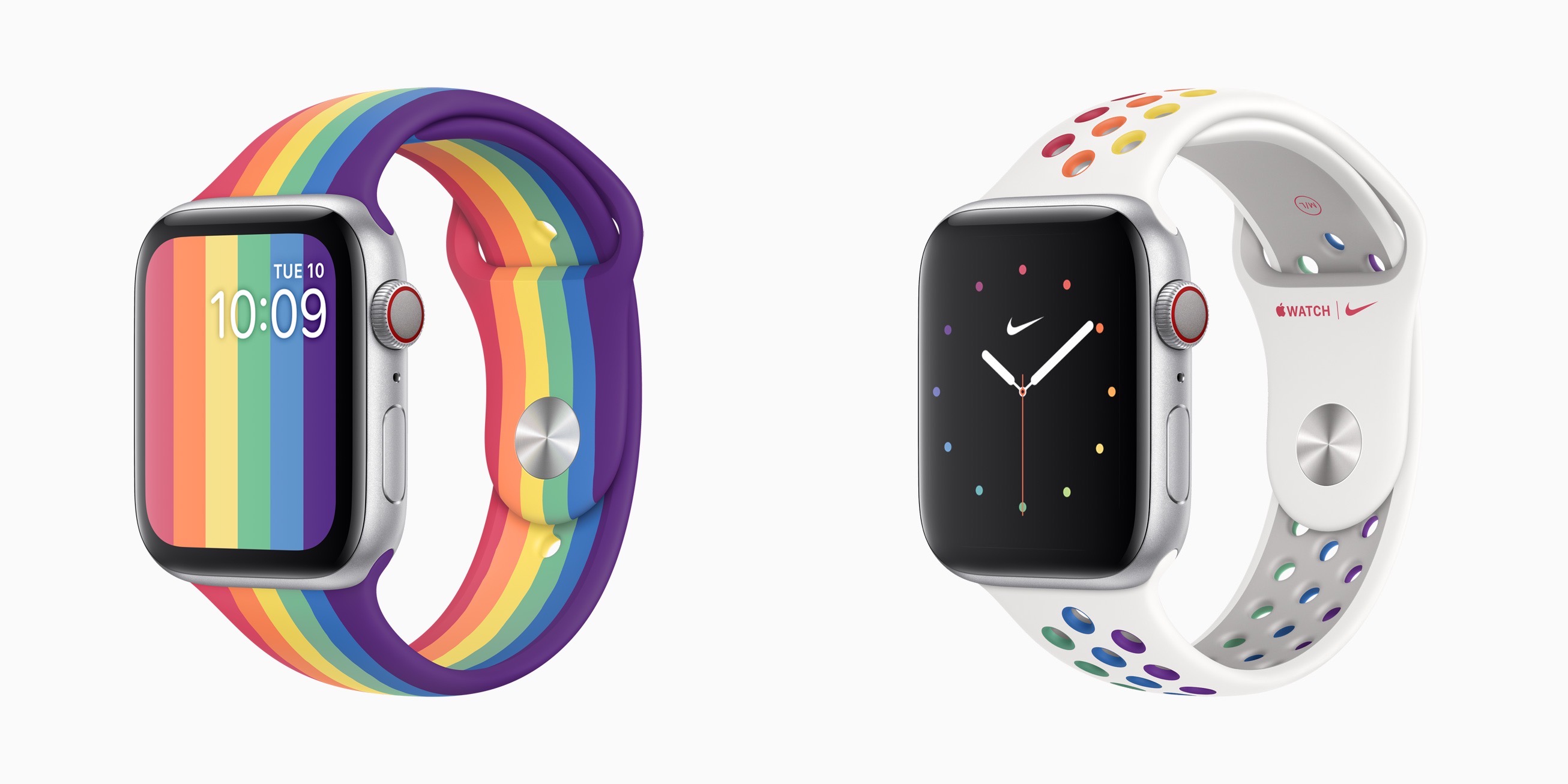 In anticipation of Pride month in June, Apple today has announced the release of two new Pride Edition bands for the Apple Watch, and new Pride watch faces that will be available soon as part of the watchOS 6.2.5 release.

It’s become an annual tradition for Apple to debut a new Pride band for Apple Watch and an accompanying watch face, but this is the first time there have been two new options launching. The Pride Edition Sport Band features the traditional rainbow pattern similar to last year’s offering, though that previous band was a Sport Loop, rather than the first-time Sport Band option available this year. The Nike Pride Edition Sport Band follows the unique design style of Nike’s other bands, but with its rainbow colors adorning the white band’s holes. The Nike Pride face arriving in the next watchOS update is unique as well, with colored dots representing the face’s hour markings.

The new Watch bands will be available today from the Apple Store, and watchOS 6.2.5 is anticipated to release some time in the next month leading up to WWDC.