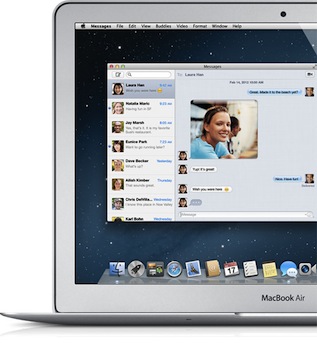 Apple has today released a developer preview of Mountain Lion, the next version of OS X. We have full coverage of that in this article, but in short, a big part of this release will be how iOS and OS X continue to merge and interweave. One aspect of that will include Apple removing the iChat app from OS X and replacing it with a new app, simply called Messages.

The new app will allow users to chat with someone using either their Apple ID or phone number, that should ring a bell because that’s exactly what iMessage does. It’ll also retain the traditional chat services such as AIM, Yahoo, Google Talk and Jabber - so don’t worry about your old iChat handle, it’ll continue to exist.As should be expected, Messages will keep conversations synced across all your devices.

Download Messages Beta and get a taste of what’s coming in OS X Mountain Lion. When you install Messages, it replaces iChat. But iChat services will continue to work. And Messages brings iMessage to the Mac — just like on iPad, iPhone, and iPod touch running iOS 5. Here are the features you can expect with Messages:

Better yet, a Messages beta is now available from Apple’s website. Just note that it will replace your install of iChat. Jump the break for some first impressions and screenshots. 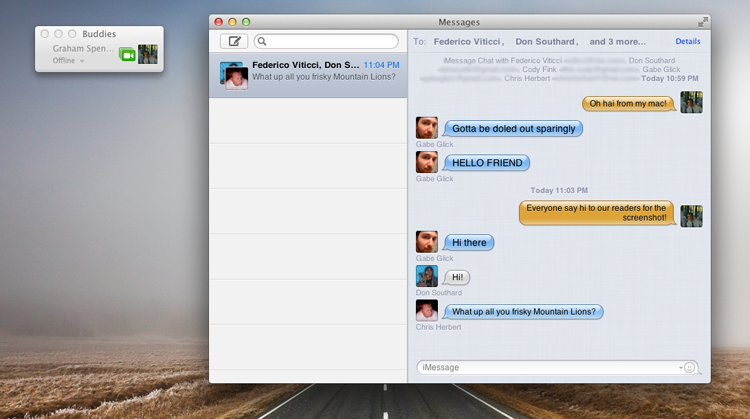 Initially the above screenshot may confuse you, because it looks like I have two different apps open, say iChat and the new Messages app. But in actuality, what you are seeing is the two windows that open when you first launch Messages. Simply, think of the left window as the buddy list for using all the old protocols such as AIM, whereas the right window is for iMessage.

The thing that struck me the most with Messages is that it is very similar to what Messages looks like on the iPad, in fact it is virtually identical. The individual UI elements may be distinctly from OS X, but the layout is identical. I personally love the consistency here, as the layout works great on the iPad and it works just as well on the Mac. A nice touch is that when chatting with someone capable of FaceTime, you will also see a FaceTime icon in the top-right corner of the Messages window (see above), click that and you’re launched straight into a FaceTime conversation with them.

The iMessage integration is solid, that’s really all I can say. Just like on your iPad or iPhone, you get the messages instantly, along with a notification (a badge icon and alert noise on Lion) and messages get sent without issue as well. It’s great to see iMessage evolve to a service available on your iPhone, iPad and now Mac - better yet, everything is kept in sync, so if you sit at your Mac and receive messages, your iPhone will also receive them but mark them as read if you read them on Messages for OS X.

Finally, I’ve included two screenshots of the settings of Messages - it shows that whilst iOS may have influenced the app, there is still a lot more customization available. If you haven’t downloaded Messages yet, it’s available for free as a Beta from Apple. 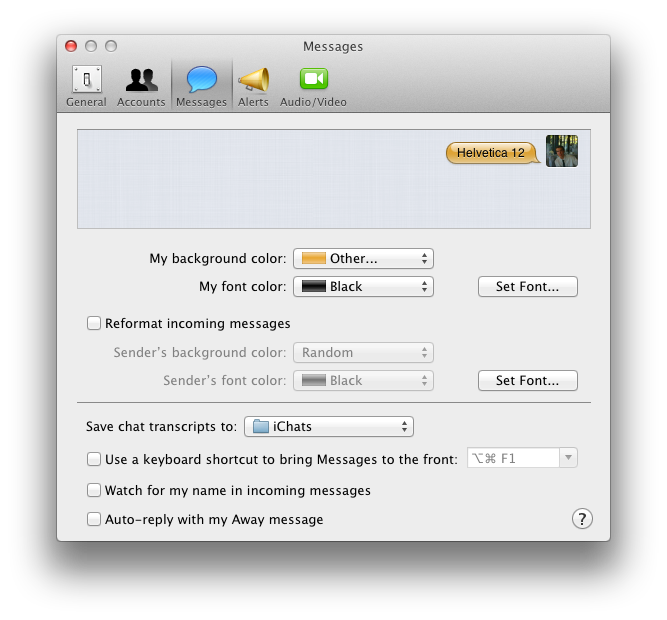 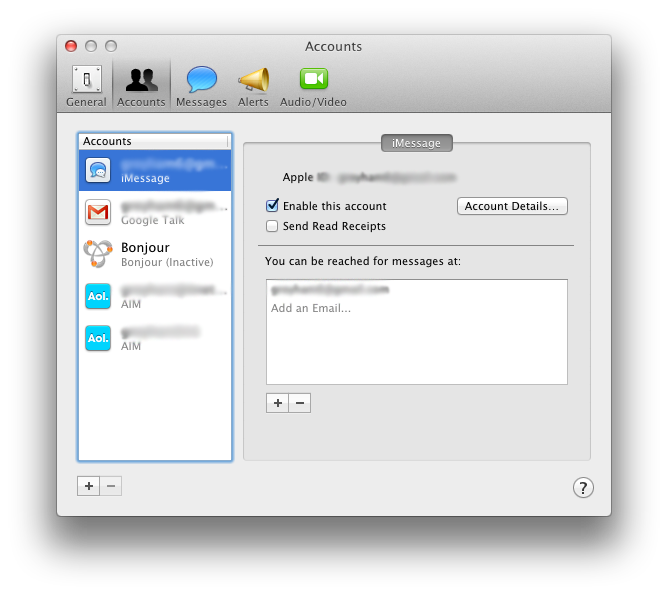