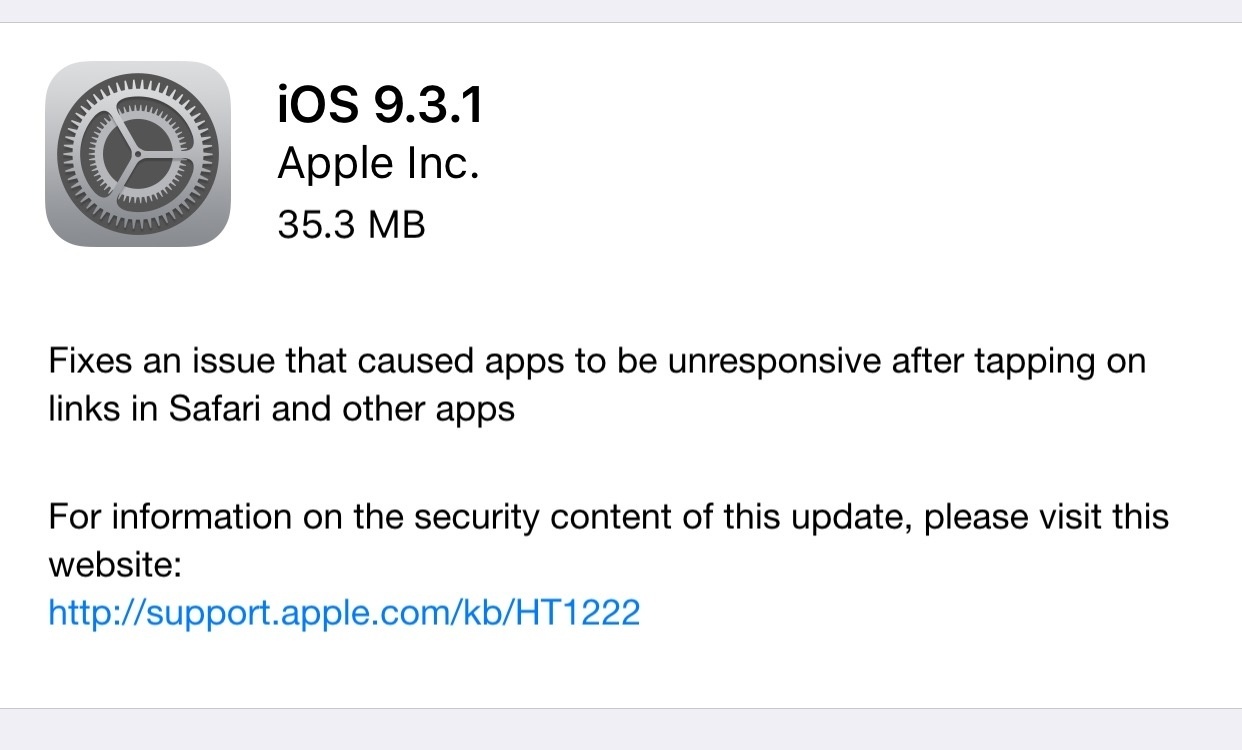 Last week, a number of publications reported on a bug that was causing Safari, Mail, and other iOS apps to stop responding after a user tapped on a link to a webpage. As it was outlined by some developers, the issue was likely related to Universal Links – a feature introduced with iOS 9 that allows links to open in their native iOS apps.

Today’s iOS update seems to only include a fix for that problem, and it’s available now in Software Update.