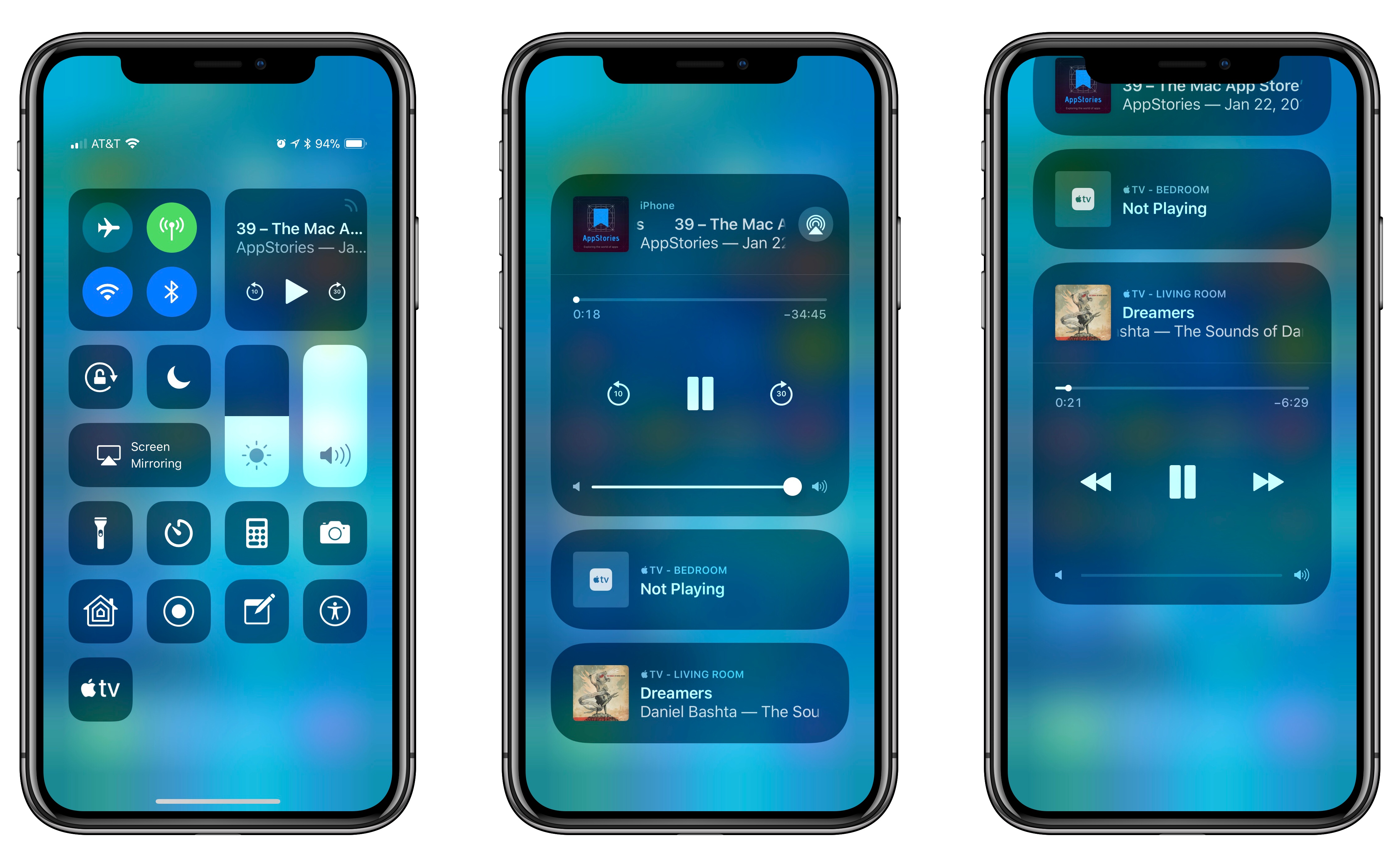 Besides adding compatibility with HomePod, the primary user-facing feature of today’s release is a new set of controls for audio playback on external devices. When viewing Control Center on your iPhone or iPad, if you open the expanded audio playback tile (either by tapping the signal icon in the top-right corner, or by using 3D Touch or a long press), compatible external audio sources now display as separate UI tiles underneath the main audio tile. As seen above, the Apple TV is a supported audio device. Opening one of the additional audio tiles allows you to control playback on an external device while having separate playback controls from what’s playing on your iOS device. In my testing, I could set an album in Apple Music to play on my Apple TV while listening to a podcast in Apple Podcasts on my iPhone.

Apple also mentions in the 11.2.5 release notes that Siri can now read the news by being asked, “Play the news.” This feature actually became available recently to users running 11.2.2, but it has not previously been highlighted in iOS release notes. U.S. users can choose from four news sources – NPR, CNN, Fox News, and the Washington Post – which play their daily news podcasts upon your request. You can also ask for news specific to Sports, Business, and Music.

Amid the various bug fixes included in iOS 11.2.5 is one pertaining specifically to Messages. Discovered last week, the “chaiOS” bug would cause your iOS device to freeze or crash if you received a certain string of text in an iMessage. The bug was particularly dangerous because it required no user interaction to affect a device; once you received the text, your device would begin having problems.