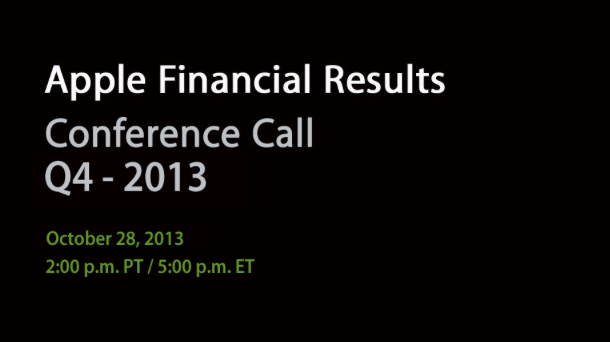 For Q4 2013, Apple forecast revenue between $34 billion and $37 billion (which later clarified would be towards the high end following opening sales of the iPhone 5c and iPhone 5s).

In September, Apple released iOS 7, a complete rethinking of Apple’s mobile operating system that sports a redesigned user interface as well as new features like Control Center and background app refresh. iOS 7 received positive reviews by the press and, just five days after the free software update was released, Apple announced that over 200 million devices were running it.

In the fourth quarter, Apple launched two new iPhones: the colorful iPhone 5c, and the flagship iPhone 5s. During the opening weekend, Apple sold over 9 million new iPhones, compared to iPhone 5 in 2012 which sold over 5 million during its opening weekend. The new iPhones were launched in 11 countries on September 20; for the first time, China was included in the first round of international launches.

In terms of other software and services, Apple released iTunes Radio alongside iOS 7 and a new version of iTunes for desktop computers. iTunes Radio, free with ads or ad-free for iTunes Match subscribers, has been, according to Apple, a success so far with over 1 billion songs streamed by 20 million listeners. The milestone was shared by Apple at its October 22 event, where the company announced new Macs and iPads that, however, will be included in the financial earnings of the company’s holiday quarter (same for the second round of international iPhone launches).

Below, a series of graphs showing Apple’s Q3. Click for larger size. 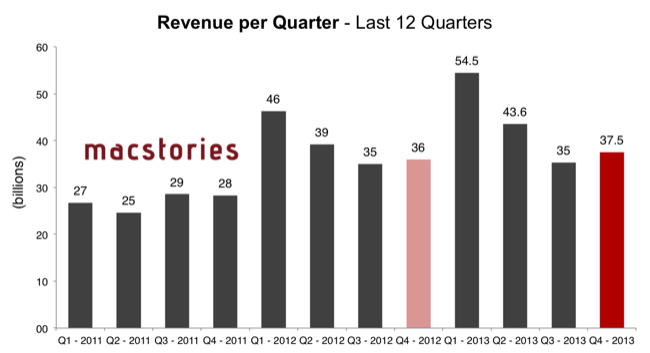 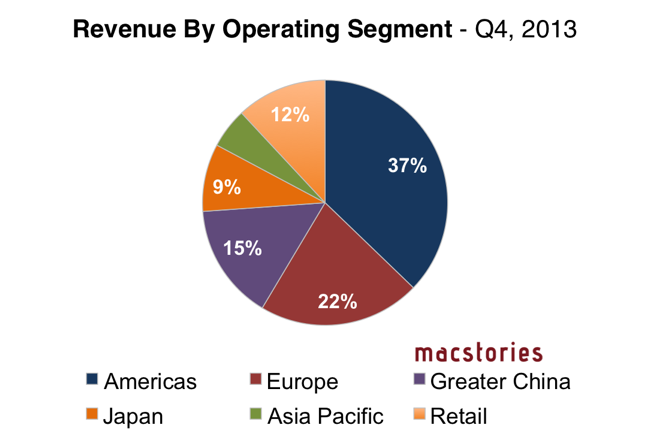 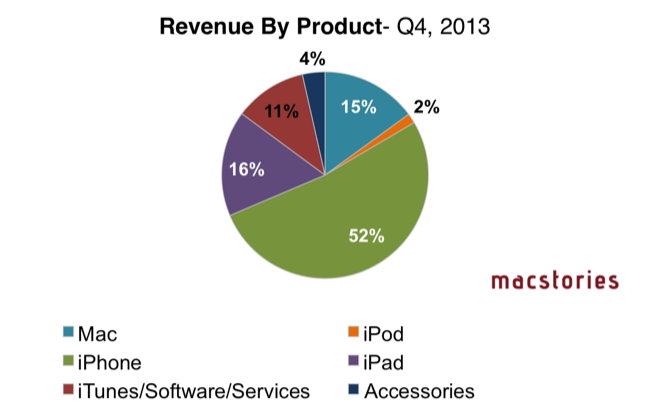 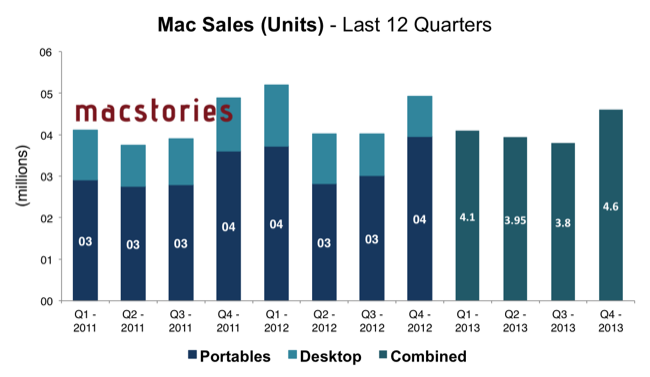 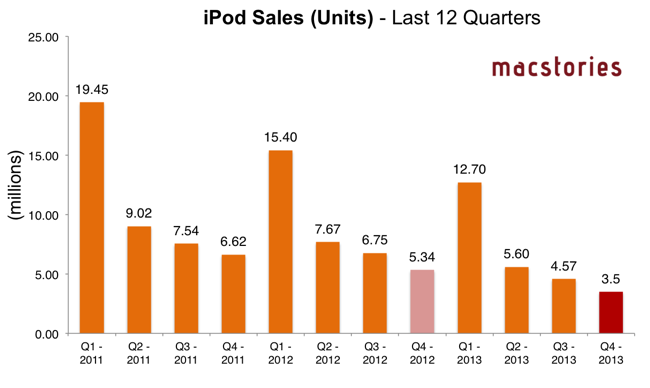 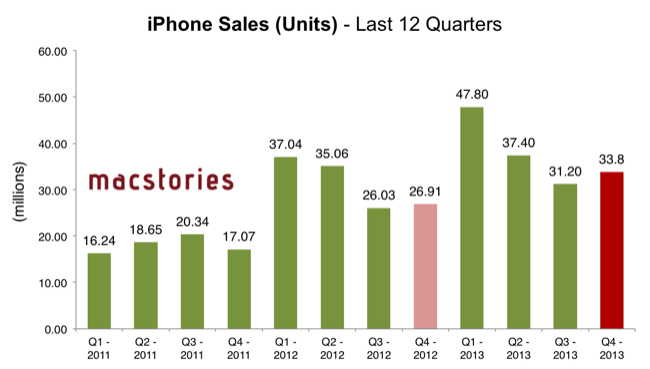 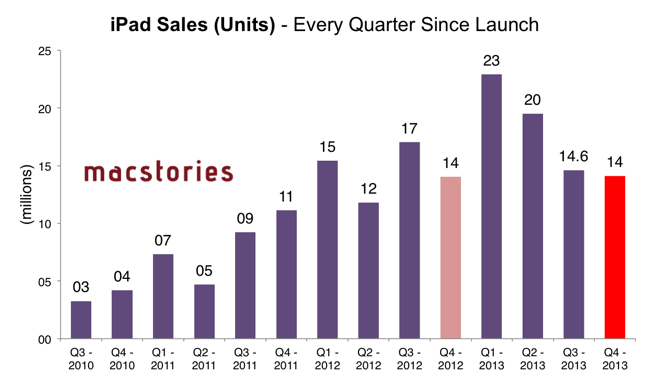 Below, we’ve also compiled a table with revenue data for fiscal quarters since 2008 and a summary of iPad sales to date.