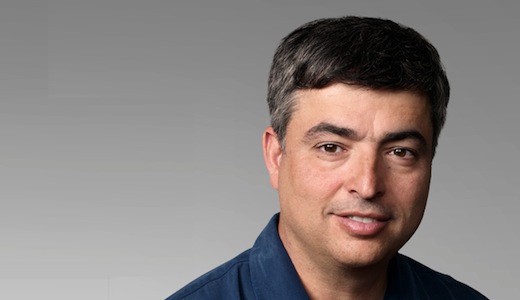 Eddy Cue, who had been Apple’s iTunes chief, has today been promoted to the role of Senior Vice President of Internet Software and Services. Tim Cook revealed the promotion to Apple employees this morning, writing that “Apple is a company and culture unlike any other in the world and leaders like Eddy get that”. In his email, Cook also took time to make note of Cue’s role in the succesful launches of products and services including the Apple online store, the iTunes Store, App Store and iBookstore.

Cue now undertakes the role of overseeing all these online stores and services, including iCloud which is set to launch sometime in the next few weeks. iAds, which had previously been run by Andy Miller (who reported directly to Steve Jobs) will also now fall within Cue’s area of management. With this promotion Cue becomes a member on the Apple Executive Management team and will report directly to Tim Cook, Apple’s recently appointed CEO.

Apple has now updated the Apple Bio’s page to include Eddy Cue. Tim Cook’s email to Apple employees is included below, obtained by 9to5 Mac:

It is my pleasure to announce the promotion of Eddy Cue to Senior Vice President of Internet Software and Services. Eddy will report to me and will serve on Apple’s executive management team. Eddy oversees Apple’s industry-leading content stores including the iTunes Store, the revolutionary App Store and the iBookstore, as well as iAd and Apple’s innovative iCloud services. He is a 22-year Apple veteran and leads a large organization of amazing people. He played a major role in creating the Apple online store in 1998, the iTunes Music Store in 2003 and the App Store in 2008.

Apple is a company and culture unlike any other in the world and leaders like Eddy get that. Apple is in their blood. Eddy and the entire executive management team are dedicated to making the best products in the world that delight our customers and make our employees incredibly proud of what they do. Please join me in congratulating Eddy on this significant and well-deserved promotion. I have worked with Eddy for many years and look forward to working with him even closer in the future.