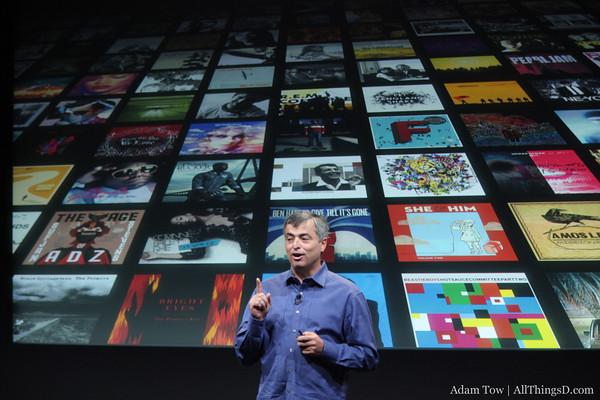 While a highly anticipated iPad 3 and iTV are expected by the mainstream media to be unveiled later this year, it’s a forthcoming event at the end of this month that could kick off another year full of surprises from Apple. Unrelated to the rumored products, Kara Swisher from All Things D writes that Apple is planning a media-focused event to be held in New York City at the end of the month, possibly pertaining to advertising or publishing deals.

According to sources “close to the situation”, Apple SVP of Internet Software and Services Eddy Cue is reported to be involved in the announcement. Eddy Cue oversees Apple’s wide media domain, including the iBookstore, iTunes, iAds, and Apple’s iCloud services. Cue unveiled News Corp.’s online magazine, The Daily, at a media event in NYC last February.

Media is the key word in Swisher’s announcement, and while it’s possible that the upcoming event could detail some new deals for iTunes Match (perhaps for video), a sole event will promise and detail a longterm vision of Apple’s content strategy. As we saw with the international iTunes Match rollouts, I can’t see Apple using this event to make that that announcement. Siri currently has limitations outside the United States, but that too doesn’t seem like it would constitute its own event if it were to gain better international support. Apple is paving the way for something special, and if you asked me, I’m hoping Apple is starting to sit down with digital publishers to help create tools and develop experiences that are standardized and fluid on the iPad.

[via All Things D]

Update: Alexia Tsotsis from TechCrunch writes that she has independently confirmed Apple’s January event, which will be focused on the iBooks platform. While the details are still relatively unknown, the industry-oriented event will focus on publishing and eBooks. Alexia claims that the event itself isn’t “major,” meaning there will be no product launches. It is expected that improvements to the iBooks platform will be unveiled.