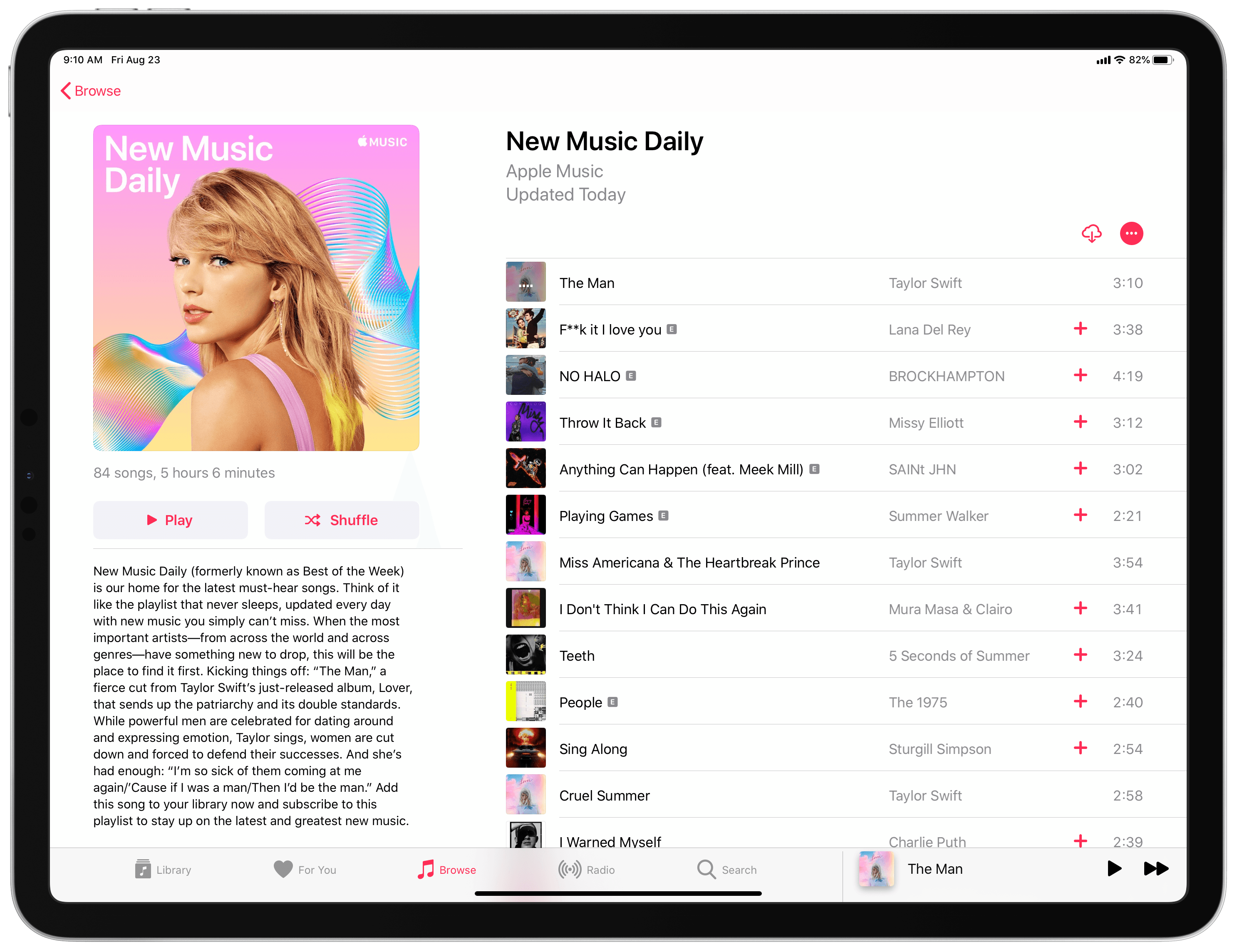 Recently Apple Music has been in the process of rebranding many of its longstanding editorial playlists, such as turning The A-List: Alternative into ALT CTRL and The A-List: Hip-Hop into Rap Life. These changes have reflected a shift in brand tone, but not a fundamental difference in the content of the playlists. The latest playlist change, however, is bit more substantial. What was formerly known as Best of the Week has been changed to New Music Daily, which as its name implies, makes this a daily-updated playlist rather than weekly.

New Music Daily aims to collect the most noteworthy new songs across a variety of genres around the world. Today on its launch, it’s filled with lots of Taylor Swift to coincide with her new album’s release, but it will be interesting to see what shape the playlist takes from day to day.

The most newsworthy detail about New Music Daily is simply its update schedule, which is fairly unique for Apple Music. Historically Apple’s editorial team has focused on providing weekly updates for its big playlists, or even rarer updates for less popular playlists, so the transition to daily is a big shift. I don’t expect we’ll see many other playlists follow suit, due to the sheer amount of labor required in editorially selecting songs each day, but it’s nice to see Apple’s team enter new territory.