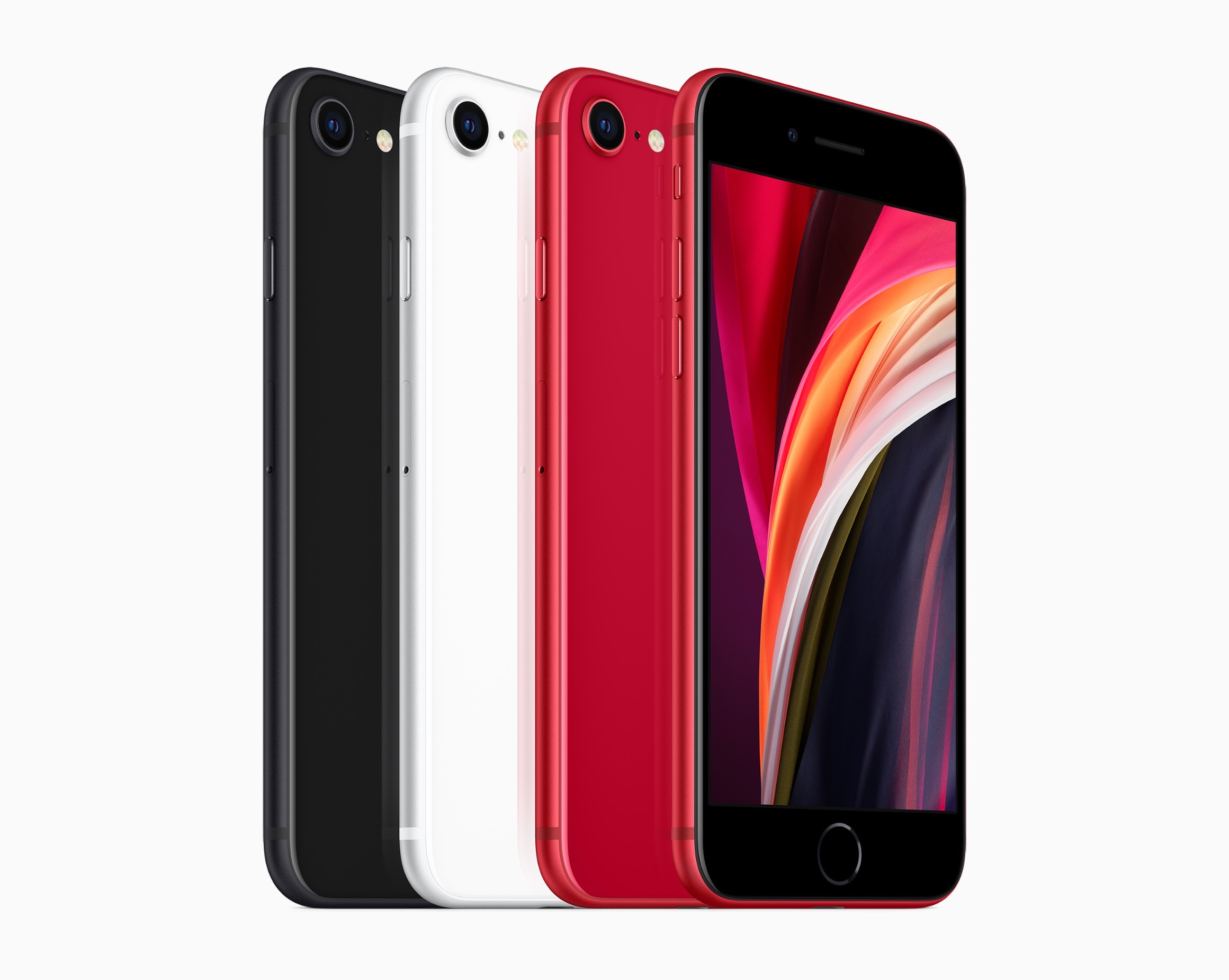 Today Apple announced the successor to 2016’s iPhone SE, a new model that retains the same name and goal of being the budget option for customers. The new iPhone SE will be available for pre-order this Friday, April 17, it ships one week later on April 24, and starts at $399, the same price the original SE had when it launched. Unlike that original model, though, the new SE carries an altogether different form factor. While the original SE was based on the iPhone 5’s 4-inch design, the new SE resembles the iPhone 6/7/8’s 4.7-inch design. This makes it notably larger than the previous iPhone SE, but still smaller than any of the flagship iPhone 11 line.

The 2020 iPhone SE, like its predecessor, contains modern specs but in a classic iPhone body. It has the same A13 Bionic processor found in the more costly iPhone 11 and 11 Pro models, but cuts costs in other ways such as by offering Touch ID rather than Face ID authentication, and a single 12MP rear-facing camera rather than the dual- or triple-lens arrays on Apple’s flagship models. The presence of Touch ID in particular makes the device an attractive option not only for users on a tighter budget, but also those who really don’t want to lose the Home button the next time they upgrade devices. 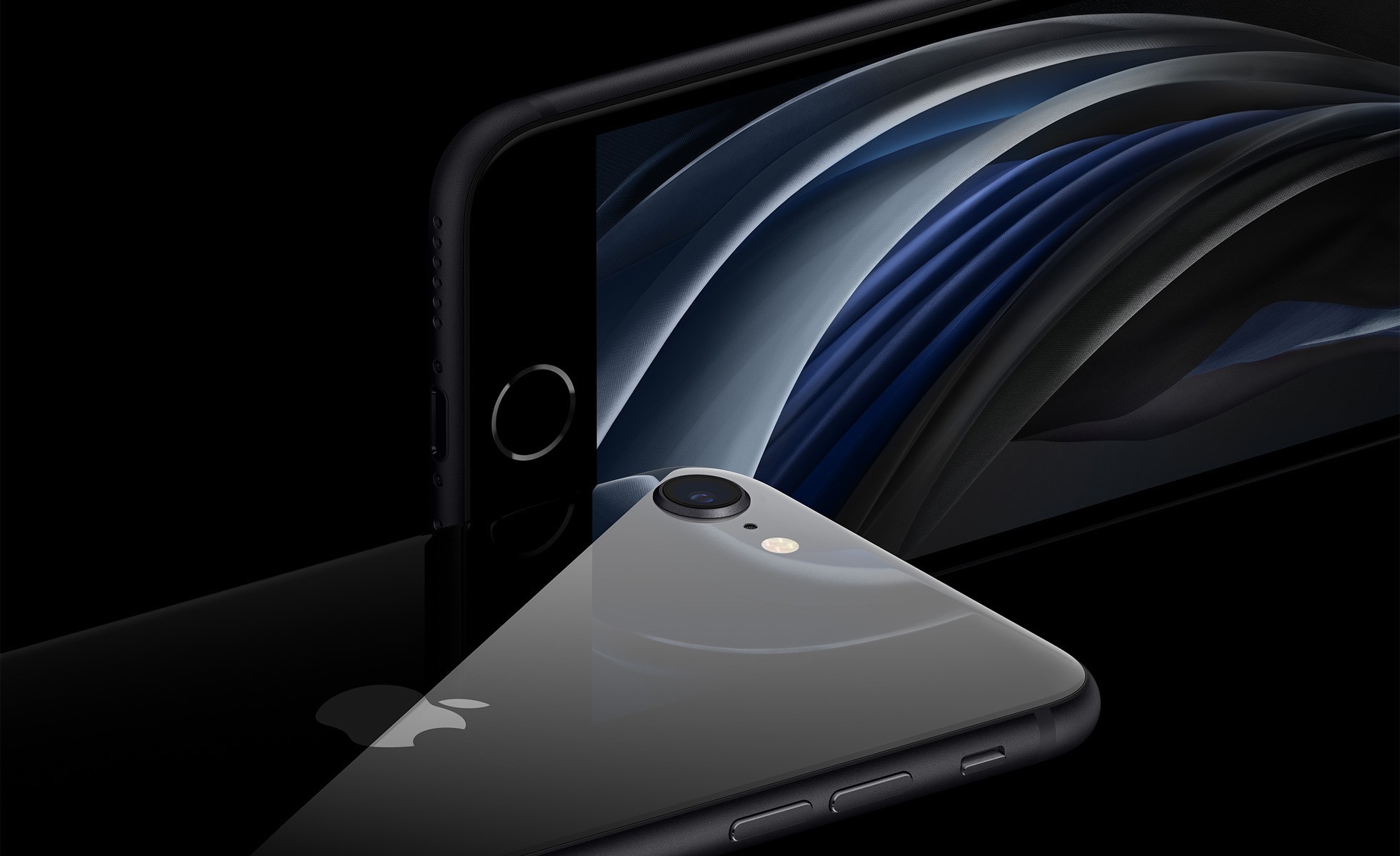 The Home button is back on a modern phone.

The single-lens camera on the iPhone SE appears very similar to the iPhone 11’s wide angle lens. It’s a 12MP camera with ƒ/1.8 aperture, and offers Portrait mode via that single lens. Notably absent from the device’s camera tech specs is any mention of Night mode, so that feature presumably remains exclusive to the 11 lineup. Smart HDR, however, which debuted on the iPhone XS in 2018, is available with this camera. On the video side, the iPhone SE can capture at 4K up to 60fps, an impressive feat for a low-cost device.

Besides the larger display, better camera, and the iPhone 11’s A13 Bionic processor, the iPhone SE carries several other modernizations over the previous SE model. Wireless charging is supported, like on the iPhone 8 before it. The device carries an IP67 rating for water resistance, so you can be a little less worried about it getting wet. Also, the Retina HD display offers True Tone for adjusting white levels automatically based on your surroundings.

As far as changes that may be a negative to some, but aren’t really surprising, the new SE model doesn’t offer a headphone jack. Instead, there’s a pair of Lightning-equipped EarPods included in the box. Also, for touch feedback interactions, the iPhone SE uses Haptic Touch like modern iPhones rather than including 3D Touch. Though 3D Touch wasn’t a feature of the original SE, it was a part of the iPhone 8, so some may have hoped to see it included here. 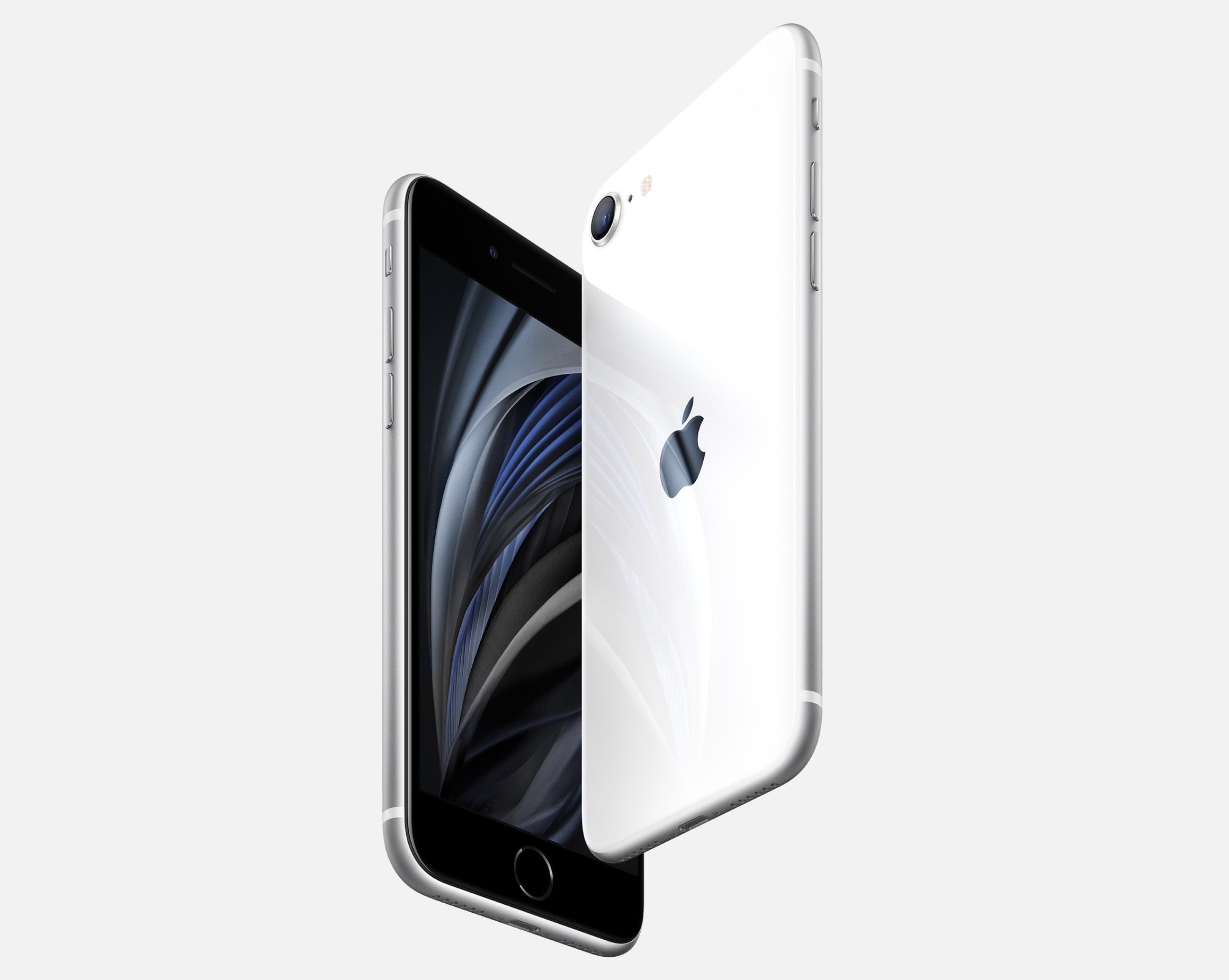 Finally of note, the iPhone SE’s battery provides up to 13 hours of video playback per charge, and is fast-charge capable so you can charge up to 50% in 30 minutes if you use an 18W adapter or higher. Unfortunately, the device doesn’t include an 18W adapter in the box but rather the standard 5W adapter found in most prior iPhones.

The iPhone SE will be available with 64, 128, or 256 GB of storage for $399, $449, or $549 respectively. It comes in three colors: White, Black, and (PRODUCT)RED. It’s worth noting that all three colors include a black front finish, marking the first time an iPhone with classic bezels is available with a white back and black front.

Pre-orders begin this Friday, April 17 at 5:00 AM PDT, and devices ship one week later on Friday the 24th.

Just like the original iPhone SE, this 2020 model succeeds at taking some of the best qualities of modern iPhones and putting them in a budget-friendly package. The inclusion of Touch ID for those leery of a Home button-free iPhone, as well as the smaller 4.7-inch display, makes this an appealing prospect not just for the budget-conscious, but also those who prefer their next iPhone be as much like their current one as possible.