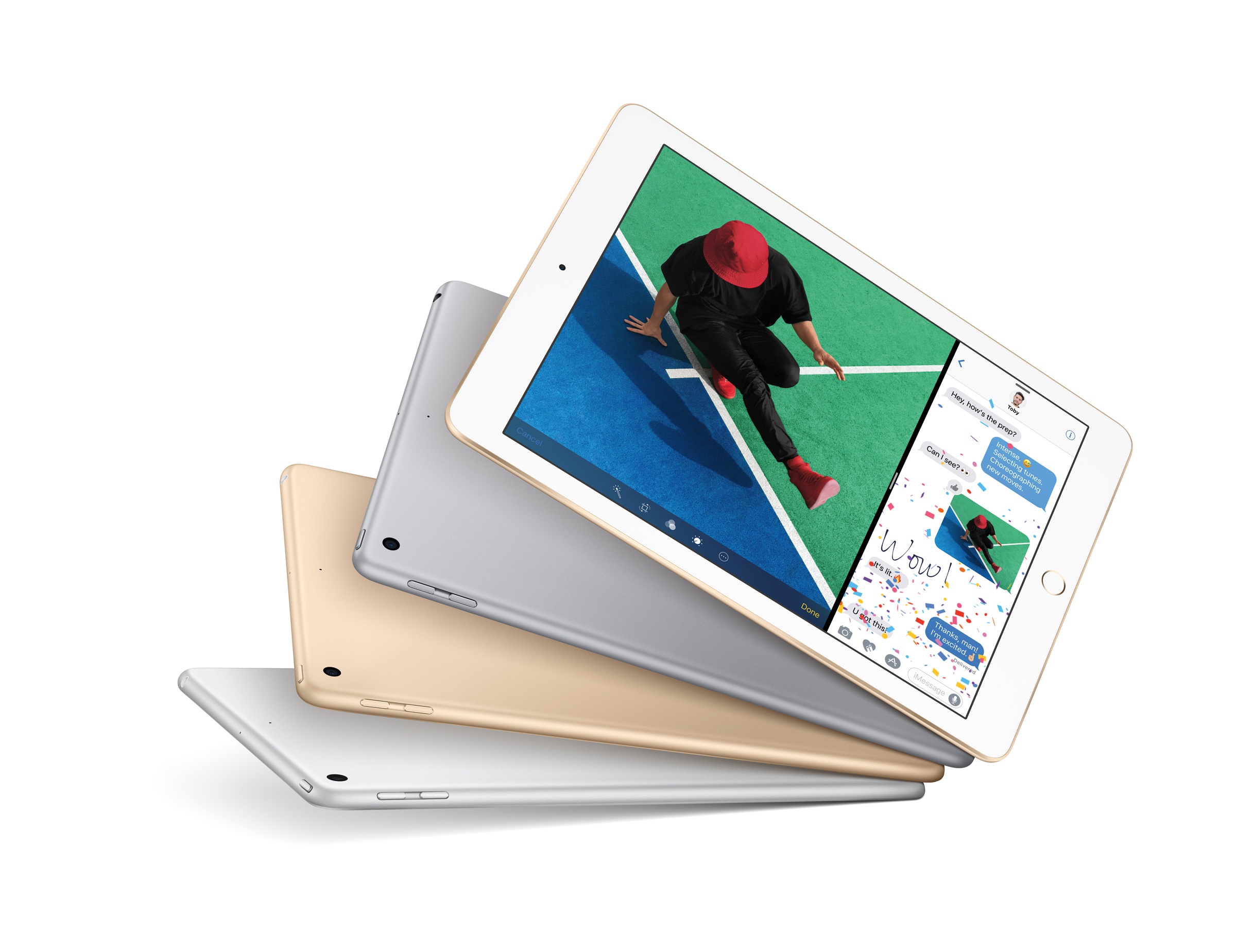 Following a 5-hour downtime of its online store this morning, Apple announced a new base model of the 9.7” iPad.

Starting at $329 for the 32 GB Wi-Fi version and simply called ‘iPad’, the new device appears to be a lower-cost replacement for the iPad Air line as the company’s iPad lineup now includes iPad mini 4, the new ‘iPad’, and the iPad Pro in existing 9.7” and 12.9” configurations. Neither iPad Pro model received any update this morning. The iPad mini 4, on the other hand, now offers more capacity for the same price: the 128 GB Wi-Fi model is now priced at $399, while the 128 GB Wi-Fi + Cellular is available at $529.

“iPad is the world’s most popular tablet. Customers love the large, 9.7-inch display for everything from watching TV and movies, to surfing the web, making FaceTime calls, and enjoying photos, and now it is even more affordable,” said Philip Schiller, Apple’s senior vice president of Worldwide Marketing. “New customers and anyone looking to upgrade will love this new iPad for use at home, in school, and for work, with its gorgeous Retina display, our powerful A9 chip, and access to the more than 1.3 million apps designed specifically for it.”

Aside from the lower price and new position in the lineup, there isn’t much to say about the new iPad. The company has effectively taken its most popular model and relaunched it with upgraded internals, replacing, among other components, the A8X CPU of the 2014 iPad Air 2 with an A9 chip. The new iPad is an upgrade from the iPad Air 2, and it’s also cheaper than the old model.

Compared to the 9.7” iPad Pro, the new iPad doesn’t offer support for the Apple Pencil and Smart Keyboard, it has an 8 MP camera instead of a 12 MP one, it shoots videos at 1080p rather than 4K, and it doesn’t come with a fully laminated display with antireflective coating, True Tone, and wide-color (P3) gamut. The new iPad is also slightly thicker than the same-size iPad Pro model (7.5mm vs. 6.1mm). The lack of Pro features explains the price differences between the two 9.7” models: the new iPad is $270 cheaper than the 9.7” iPad Pro in both configurations. 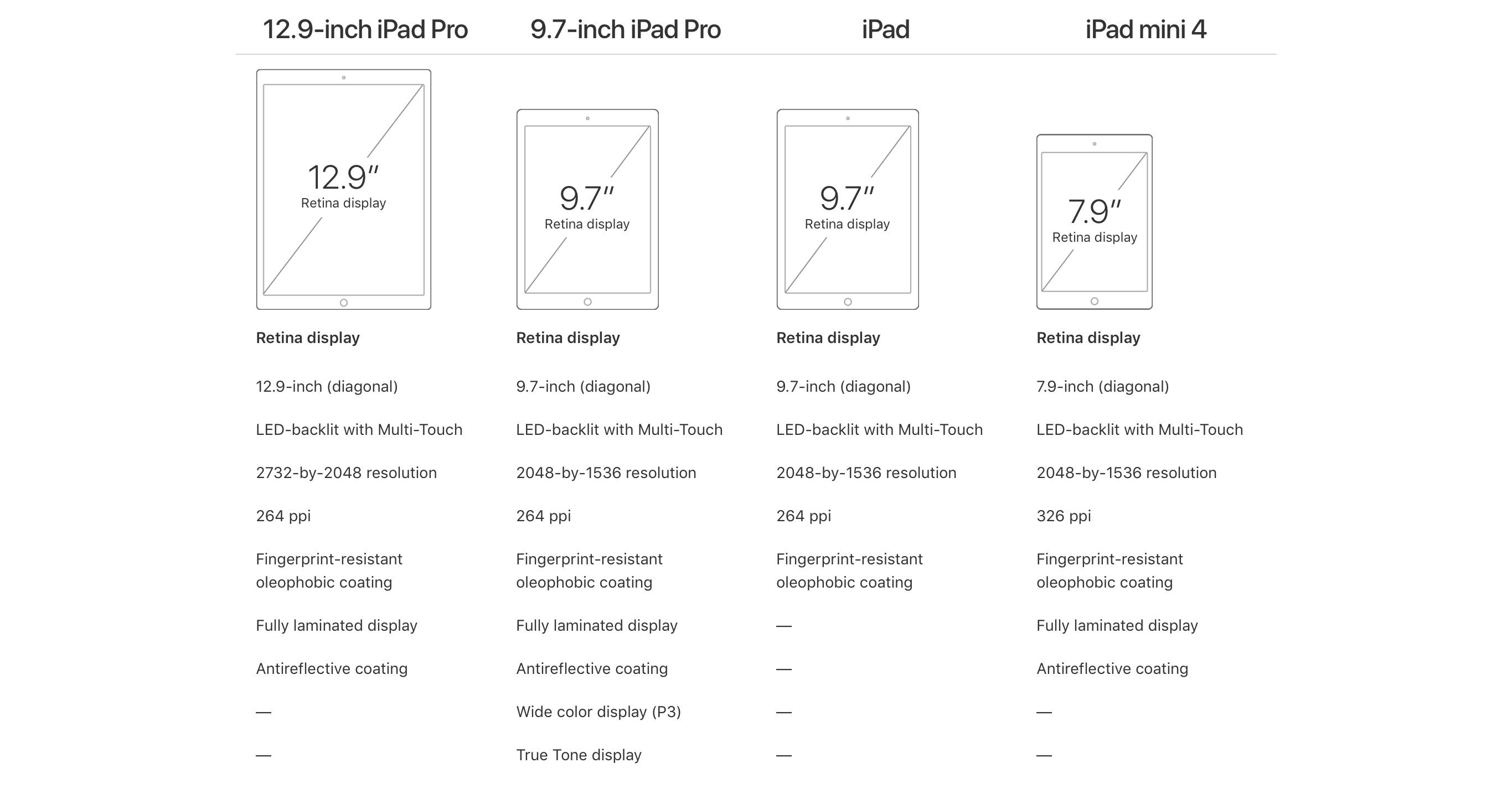 Contrarily to what recent speculation suggested, Apple hasn’t updated the iPad Pro line with new models that would bring faster performance and consistency to the 12.9” and 9.7” models, released in late 2015 and early 2016, respectively. The iPad Pro family still offers different features across two lines, with the 12.9” iPad Pro supporting fast charging and USB 3 transfer speeds, and the 9.7” iPad Pro being the only model with a True Tone display and support for wide color.