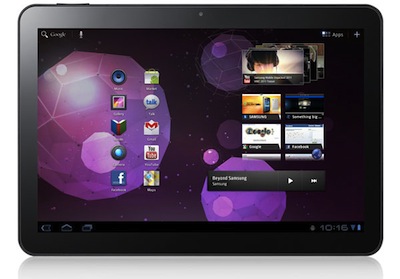 There have been a lot of twists and turns in the Apple and Samsung legal battle and the latest milestone saw a US judge deny Apple’s request for a preliminary injunction to stop sales of some Galaxy devices in the US. What this means is that Samsung can continue to sell all their Galaxy devices in the US for the time being. Interestingly, Judge Lucy Koh noted that Apple will likely succeed in proving that Samsung’s Galaxy products infringe Apple’s patents, but she didn’t grant the injunction because it wasn’t demonstrated that it would cause irreparable harm to Apple if the Galaxy products stayed on sale.

The Verge got a statement from Samsung on the ruling:

Samsung welcomes today’s ruling denying Apple’s request for a preliminary injunction. This ruling confirms our long-held view that Apple’s arguments lack merit. In particular, the court has recognized that Samsung has raised substantial questions about the validity of certain Apple design patents. We are confident that we can demonstrate the distinctiveness of Samsung’s mobile devices when the case goes to trial next year. We will continue to assert our intellectual property rights and defend against Apple’s claims to ensure our continued ability to provide innovative mobile products to consumers.

It was also revealed yesterday that Apple had given some work-around options to Samsung for how they could side-step their iPhone and iPad design patents. Matt Macari from The Verge has an excellent article that covers the issue in great depth and clarity. In short, Apple had to make a list of alternative design choices to make the argument that Samsung did have other choices when designing their smartphones and tablets and they chose to emulate Apple instead. Some of the alternatives Apple made include: