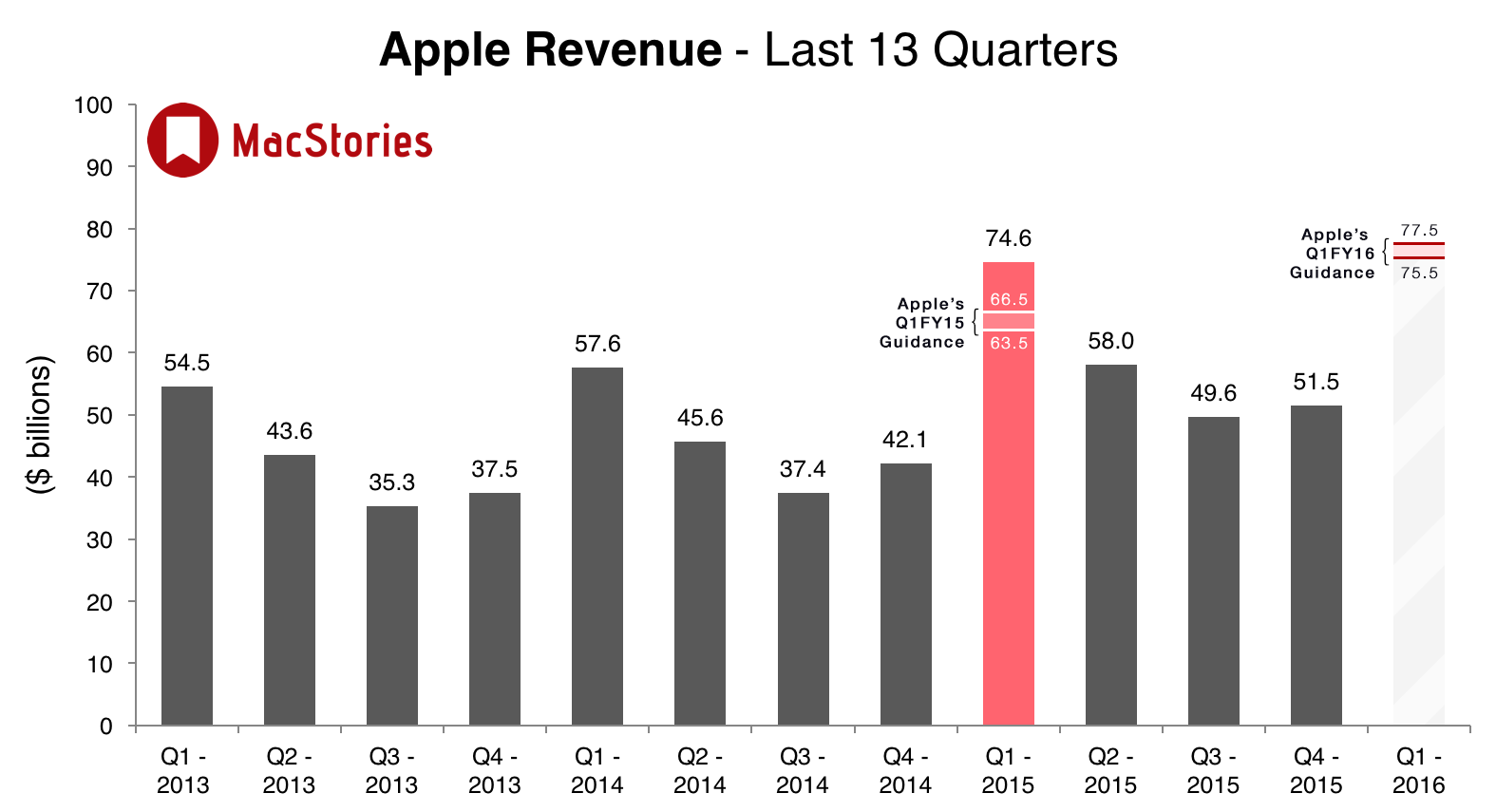 Apple’s Investor Relations website was yesterday updated to note that Apple’s earnings call for the first quarter of fiscal year 2016 (October, November and December 2015) will be held on Tuesday, January 26, 2016. As is usual, Apple will provide a live webcast of the conference call on the day.

Apple’s guidance for the first fiscal quarter of 2016 is revenue between $75.5 billion and $77.5 billion, gross margin between 39 percent and 40 percent and a tax rate of 26.2 percent. But as is illustrated above, Apple’s guidance in the past has often underestimated the actual numbers by quite a significant degree.

As we have for previous earnings calls, MacStories will cover the conference call on our site’s homepage on January 26 starting at 2 PM PT, posting charts of the results, collecting key quotes from Apple executives and highlighting interesting Tweets from others.