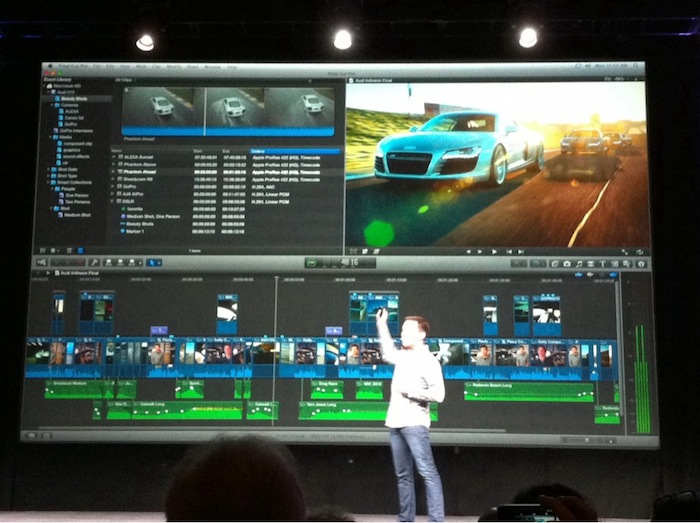 Update #1: Final Cut Pro X will be released in June and it’ll be available through the Mac App Store. No mention of Final Cut Studio or Final Cut Express today. [via]

As widely expected, Apple just introduced a new version of Final Cut at the Final Cut Pro Supermeet during NAB 2011 in Las Vegas, Nevada. Touted as “revolutionary as the first version” from 1999, Apple introduced the new Final Cut Pro X saying that every major broadcaster and film maker nowadays relies on FCP for their video editing needs.

Basing on live updates coming from attendees at NAB 2011, Final Cut Pro X has been built from scratch, and it’s entirely 64-bit. It’s based on technologies like Cocoa, Core Animation, Open CL, Grand Central Dispatch and it focuses on image quality. It features a resolution independent timeline up to 4K for scalable rendering – in fact, it appears the old render dialog is gone entirely as the app uses the available CPU to keep files always rendered. FCP X allows you to edit while you’re importing thanks to its new engine, and it’s also got automatic media and people detection on import, as well as image stabilization.

Apple is promoting the new FCP X as a complete and total rebuild. Smart collections look very similar to iMovie, and overall there is a feeling Apple has borrowed some UI elements from the iLife application to make the general design more accessible, even for professionals. For instance, Apple has brought “single keystroke nesting” to Final Cut Pro – a new functionality that allows you to group chunks of media into a single clip in the timeline. The “inline precision editor” allows you to make edits by revealing media with an iOS-like menu.

- “You can view the media in the browser in a film strip type view. You can completely customize how you view media prior to the timeline.” - robimbs

- “4 window setup is now kind of truncated in 3 windows. The browser has the viewer built into it.” - robimbs

10:36: Demo’ing it live now. Showing off the keywording ability of the sections of the clip instead of the whole clip.

If the new FCP X is still in beta, there’s shouldn’t be a product launch (or press release) coming today. Several attendees are reporting on Twitter the new timeline is very, very fast and are also mentioning an iPad app being demoed on screen. With background processing and the possibility to use all cores on powerful machines like a Mac Pro, Apple has focused on improving the reliability of Final Cut’s timeline by making sure to clips can be accidentally “destroyed”. The redesigned UI with a touch of iOS here and there and “magnetic timeline” should – basing on what we’re hearing from people at NAB – dramatically improved navigation and organization of large chunks of media.

FCP X features instant render in the background that doesn’t affect editing, also with 1-click instant color matching. Color correction, for example, has been built right into the timeline, enabling users to, say, distribute a “Ken Burns Effect” with a single swipe. Apparently there’s a lot of animation going on with windows, and attendees are reporting that – judging from the demo – Final Cut Pro X is incredibly fast in every task and processing that’s been done on stage. 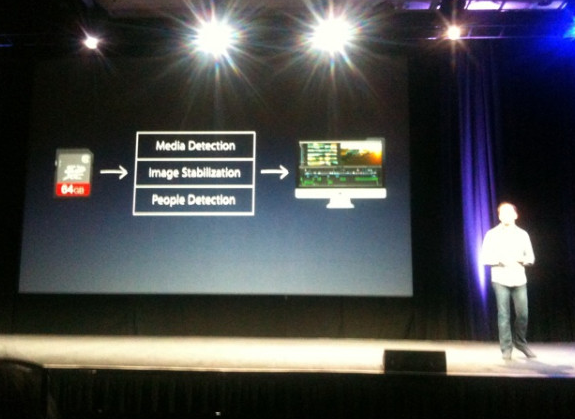 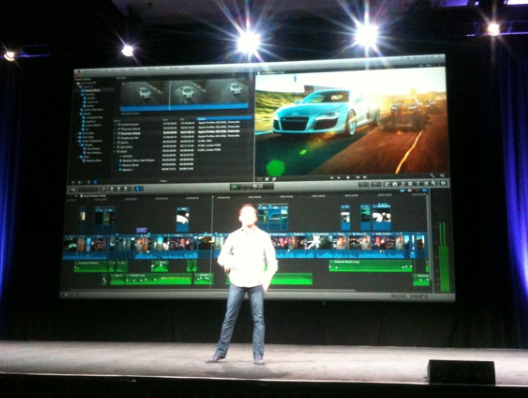 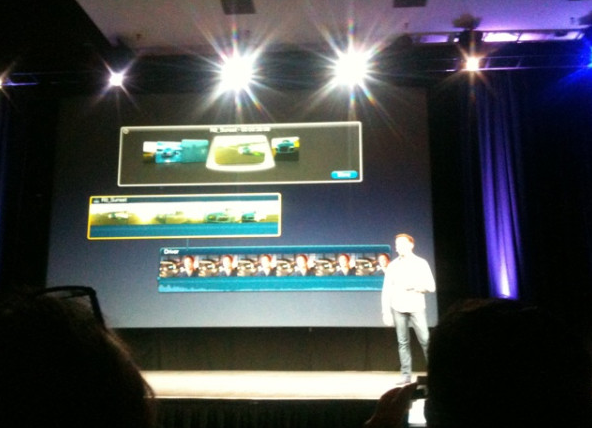 A brief video courtesy of @robimbs embedded below: