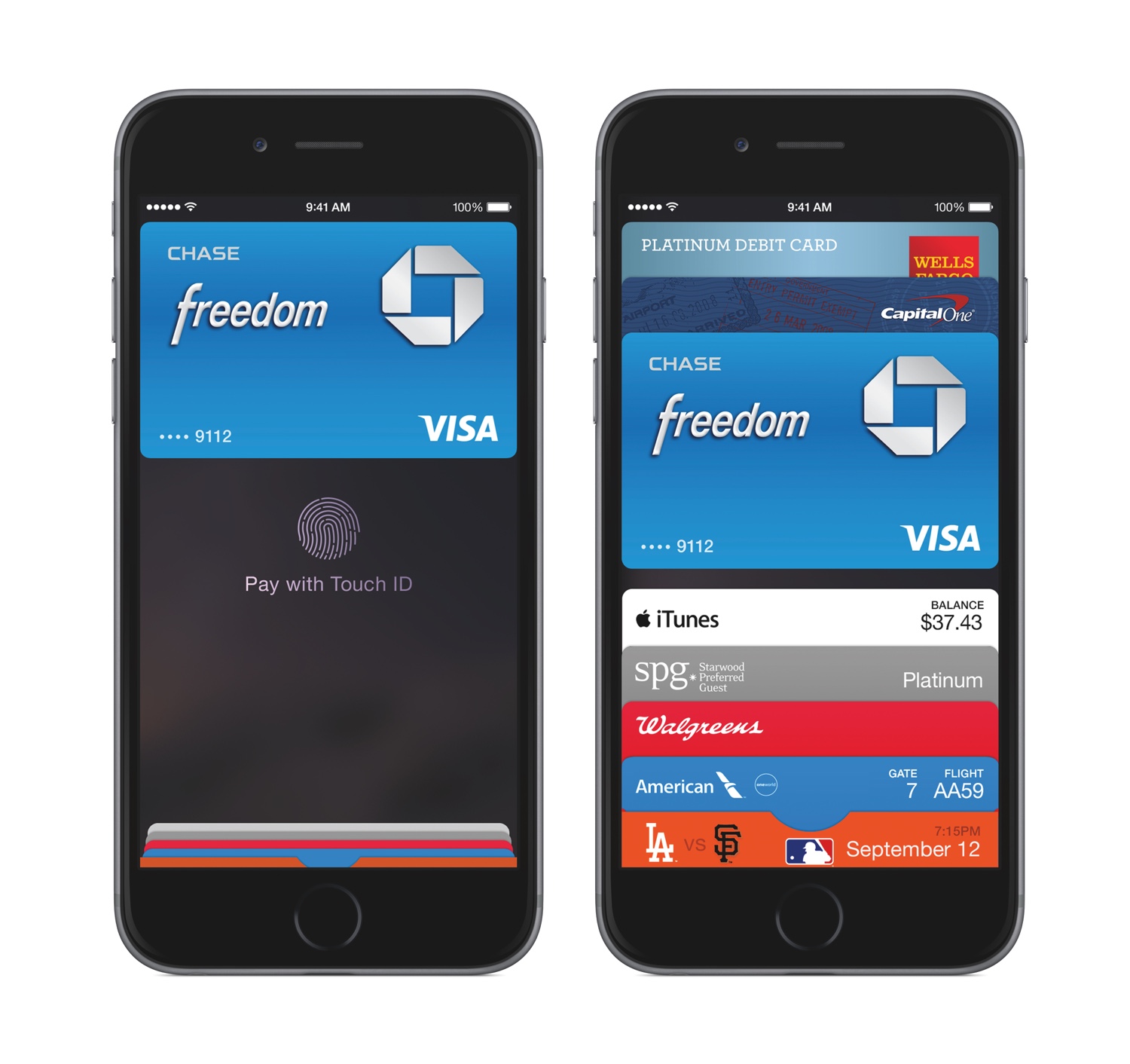 Tim Cook laid the groundwork for the reveal of Apple Pay by commenting on those services that have previously attempted to solve this general issue. He noted that the reason others have failed is because they were focusing too much on serving self interests and not enough on customer experience. Cook focused on the weaknesses of the current credit card system including an archaic magnetic stripe technology, visible credit card numbers, and a static security code physically printed on a piece of plastic. Apple Pay changes all of this.

Apple Pay works with the iPhone 6, iPhone 6 Plus, and the Apple Watch through an integrated NFC antenna. This means users will be able to check out at the millions of existing establishments that have contactless checkout. However, the real key to Apple Pay’s success will be the effort that went in to making the system secure. From a hardware perspective, the new models of iPhone have a dedicated “Secure Element” chip on board that stores payment information. To check out using Apple Pay, you simply put your finger on the Touch ID sensor and hold the device up to the contactless checkout device. The payment information will be accessed from the Secure Element chip along with a device specific one-time use number to authorize the transaction.

The Apple Pay system creates a dynamic security code to validate the transaction and the purchase completes without so much as you turning on your phone’s display. All of the stored credit cards will be availble securely in Passbook, and if your phone goes missing, you can even use the Find My iPhone system to disable purchases from that device.

Apple is opening up a suite of APIs for developers to integrate with Apple Pay. The payment processing company Stripe has already release documentation for easily integrating Apple Pay. Developers will be able to let their apps easily sell physical goods and services through Apple’s new service.

On stage at today’s event, the Target iOS app was featured as a prime example of the potential power and convience of the service: customers will be able to shop and purchase items in the app by simply validating themselves through TouchID. Uber, the transportation service, was also featured as an example where users could purchases car transportation from the app with payment information stored in Apple Pay. The possibilities here are limitless.

Apple Pay will support both credit and debit cards from MasterCard, Visa, and American Express issued by Bank of America, Capital One Bank, Chase, Citi and Wells Fargo. Apple claims that this will cover 83% of all credit card purchase volume in the US. Major retailers are already getting on board including Walgreens, McDonalds, Subway, WholeFoods, and many more.

Apple Pay will become available as an update to iOS 8 in October exclusively in the US.

Roundup from Around the Web

A collection of interesting links, photos, and videos about the iPhone 6 and iPhone 6 Plus. Constantly updating.

Rene Ritchie has posted a series of videos showing Apple Pay in action.

The phone was loaded up with a handful of credit cards, and holding the top of the phone about an inch from the card reader with my thumb on the TouchID home button triggered a payment from the default card in about five to 10 seconds. If you want to use a different card, just leave your finger off the home button and you’ll see a Passbook-style card stack at the bottom of the screen, which you can tap on to bring up the full list and pick the card you want. Then you just put your finger on the reader and you’re good to go.

A screenshot from the keynote showing the Apple Watch with Apple Pay support.

Developers can implement Apple Pay in their apps, but they will need to understand the differences with In-App Purchases.

CNET posted a snippet from today’s keynote to YouTube.

A demo of Apple Pay by SlashGear, showing how the authorization process with Touch ID will work.