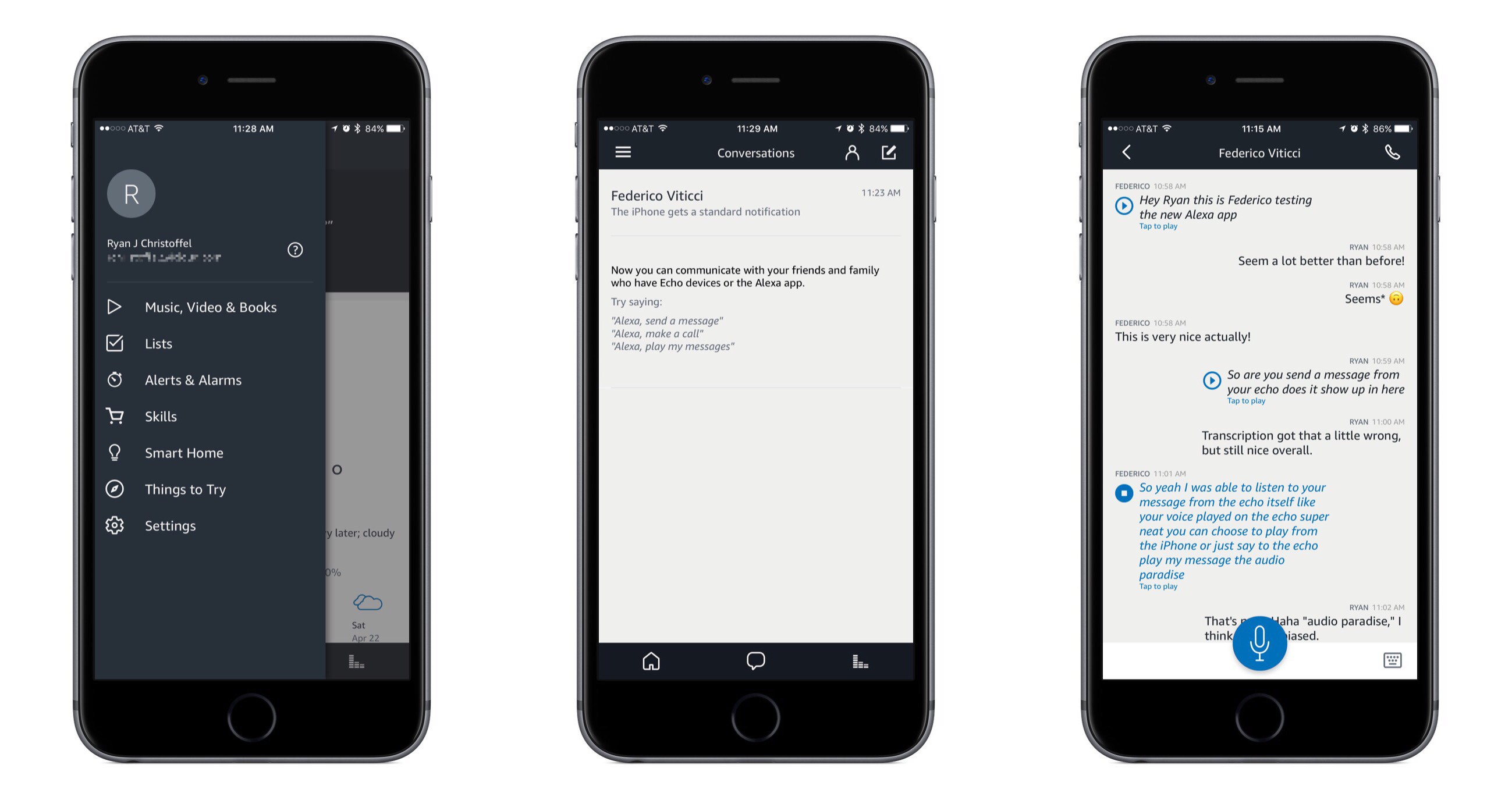 Alongside the announcement today of a new Echo product coming soon, the screen-equipped Echo Show, Amazon has launched a redesigned Alexa app for iOS. The new app’s highlight feature, apart from a much-improved interface, is the addition of messaging functionality. 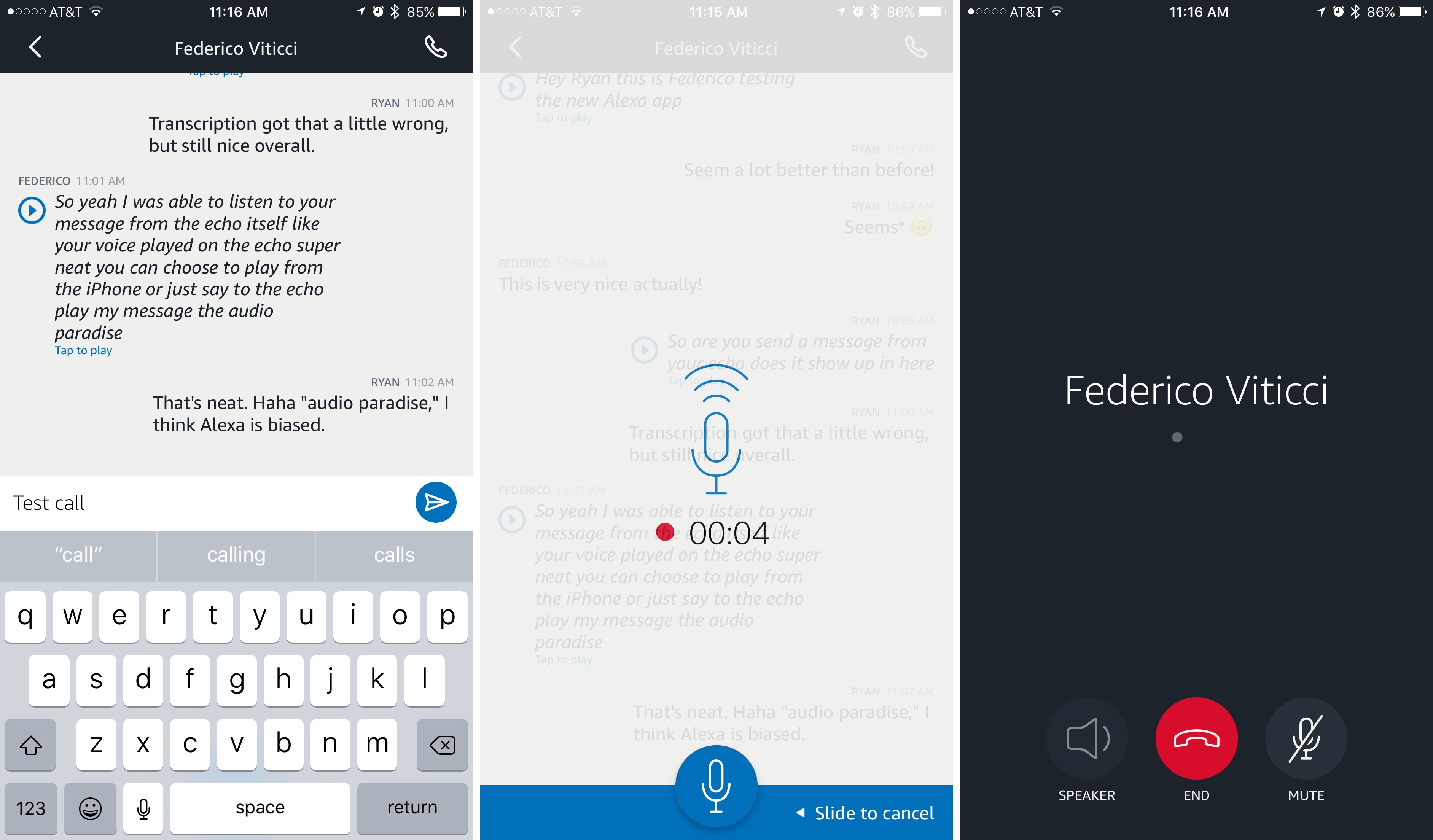 One of the app’s three main navigation tabs is devoted to messaging. You can send voice or text messages to anyone with an Amazon Echo product, or anyone who has the Alexa app installed on their iPhone or iPad. The app’s various communication methods are all easy to use. Pressing and holding the microphone button will record a voice message. Once you send it, the message is immediately transcribed so that recipients can either listen to the audio, or read its contents within the app. If you’d rather send a text-only message, you can tap the keyboard in the bottom right corner to do that. Phone calls are also possible from the same screen, by tapping the phone icon in the top right corner.

If you’re on the receiving end of a message, whether it’s voice or text-only, you’ll be notified about it both through a standard iOS notification and through your Echo device. From there it’s up to you which device you’d prefer to listen to or view the message from. 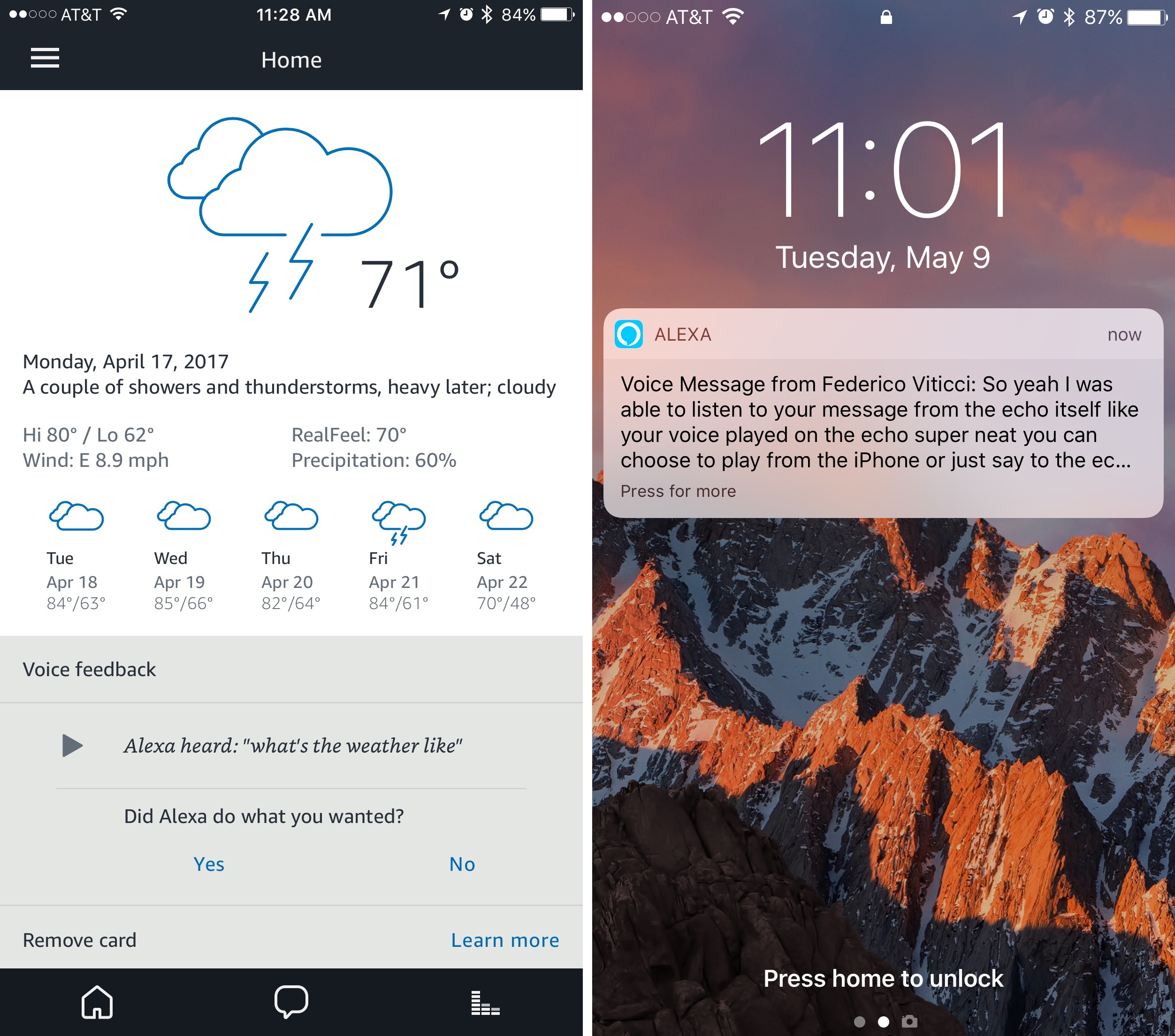 Besides the new messaging features, users of the former Alexa app will appreciate the major revisions that have been made to the rest of the app’s interface. Everything looks clean and modern now, and performance is much-improved as well. Navigation is smooth, feeling more like a native app and less like a web wrapper.

The Alexa app is available from the App Store for both iPhone and iPad; unfortunately, though, the iPad version does not contain landscape support.