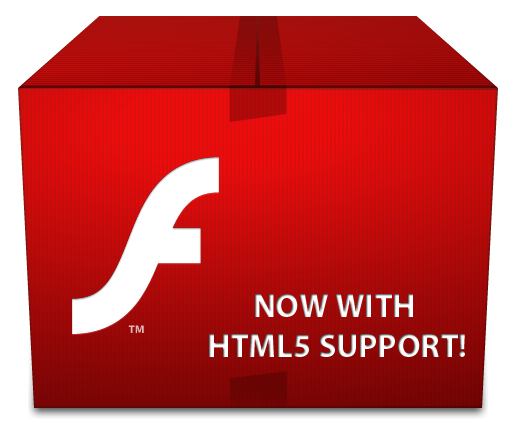 Adobe has released its Flash to HTML5 conversion tool to its Adobe Labs website for designers and developers to easily produce HTML5 (and thus iOS compatible) content from a Flash project. John Nack, the Principal Product Manager at Adobe said back in October last year (when the tool was announced) that Adobe’s goal was to “Cut the cost of targeting multiple runtimes & we’ll deliver real wins”.

The tool, codenamed “Wallaby” is limited and far from complete but it should work fine with most Flash banner ads, however projects utilizing ActionScript are currently not supported by the tool. The tool allows simple drag and drop conversion and Adobe says that it “allows you to reuse and extend the reach of your content to devices that do not support the Flash runtimes.”

Whilst Adobe is not at all backing off from backing Flash, it certainly seems that they have been forced into implementing HTML5 support in order to please its customers who see the wide usage of devices such as the iPad and iPhone which don’t support Flash. It is also evident that at least part of Steve Job’s ‘Thoughts on Flash’ article from last April is coming true;

New open standards created in the mobile era, such as HTML5, will win on mobile devices (and PCs too). Perhaps Adobe should focus more on creating great HTML5 tools for the future, and less on criticizing Apple for leaving the past behind.