Just a few days ago everyone (including us) was talking about a simple bookmarklet for Safari that sends the site title and link to Twitter for Mac (Tweetie 2). Last night, I even found a Safari extension that did the same thing but also adds a tweet option in the contextual menu (right click) within Safari. Right after I tweeted the link, @SebastienPeek told me “who needs that when you can highlight anything, right click and it’ll show Tweet?” I had no idea what he was talking about, do you? I asked him if it was Safari only and he went one step more and said that it’s system wide, you can do it with a right click and highlight of any text. @BoltClock is credited with pointing me to this discovery. It’s system-wide for all apps that support Mac OS X’s contextual menu item additions. Here’s some visual goodness: 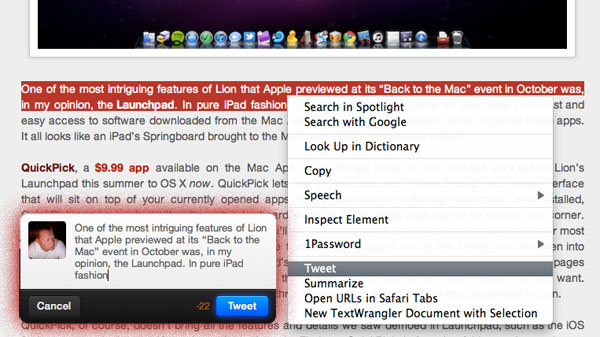 Simply click and drag almost any text in Safari or Chrome, right click and ‘Tweet’. It tosses the text into the new tweet window in Twitter for Mac. I found it also works in apps like iChat, Mail.app, Ecoute, Reeder, iCal. These are just a few. Some things that it doesn’t play nice with: the address bar in your web browser, text embedded in Flash, Firefox, just to name a few. 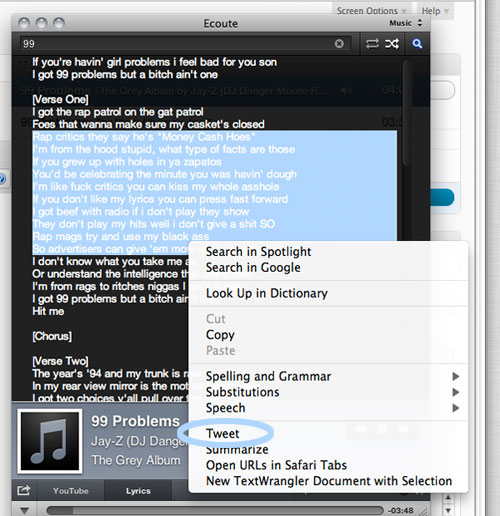 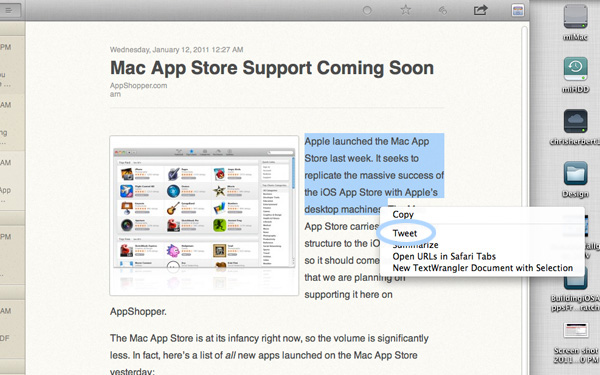 Thanks to @SebastienPeek and @BoltClock for the tip!