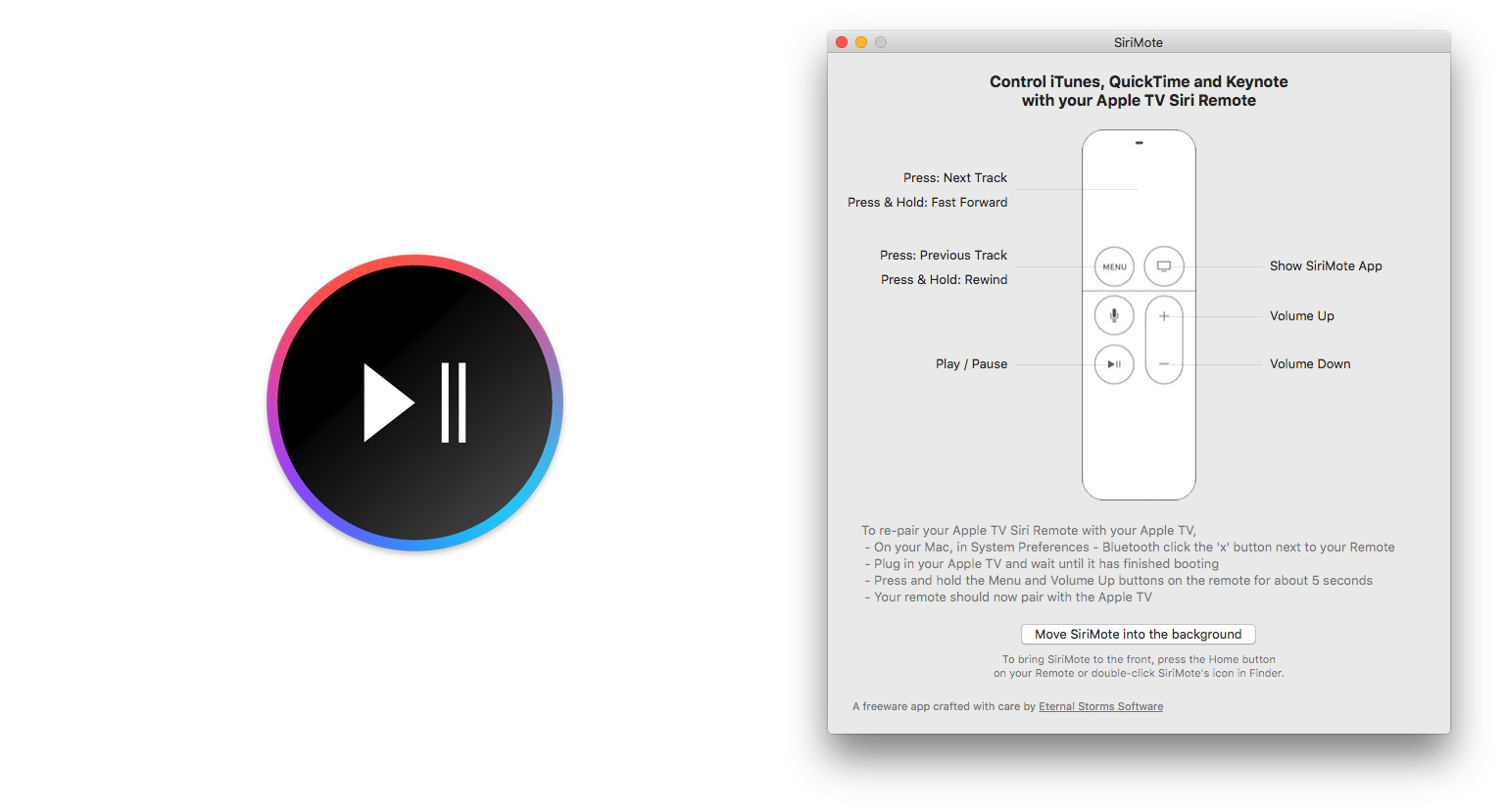 Back when I owned a 2008 MacBook and the second-generation Apple TV, I remember occasionally using the Apple TV remote with my Mac. Back then most of Apple’s laptop’s (including mine) came with a built-in infrared (IR) receiver and the functions of the Apple TV remote automatically worked with iTunes and some other Mac apps. But since then, IR receivers have gone the way of the DVD drive and, chances are, your Mac doesn’t have one. The Siri Remote for the Apple TV does still use IR for certain functions, but most of its communications are now done via Bluetooth 4.0.

But if you’d like to use your Siri Remote with your Mac, you can with SiriMote. It’s a free app from Eternal Storms Software, which also makes Yoink and Transloader, amongst other apps.

Unfortunately, for now at least, the touch surface of the Siri Remote can’t be used by SiriMote. The only exception is that clicking the touch surface will emulate the Next Track media key, or Fast Forward if you hold it down. That means swiping and tapping won’t do anything when connected to your Mac.

I doubt I’ll use SiriMote regularly, but if I ever need to run a Keynote presentation from my MacBook Air, I know that I can turn my Siri Remote into one of those fancy “clickers” in less than a minute. As a free app, I can easily recommend SiriMote to any Siri Remote owner, you may not have a use for it today, but you never know what tomorrow might require.