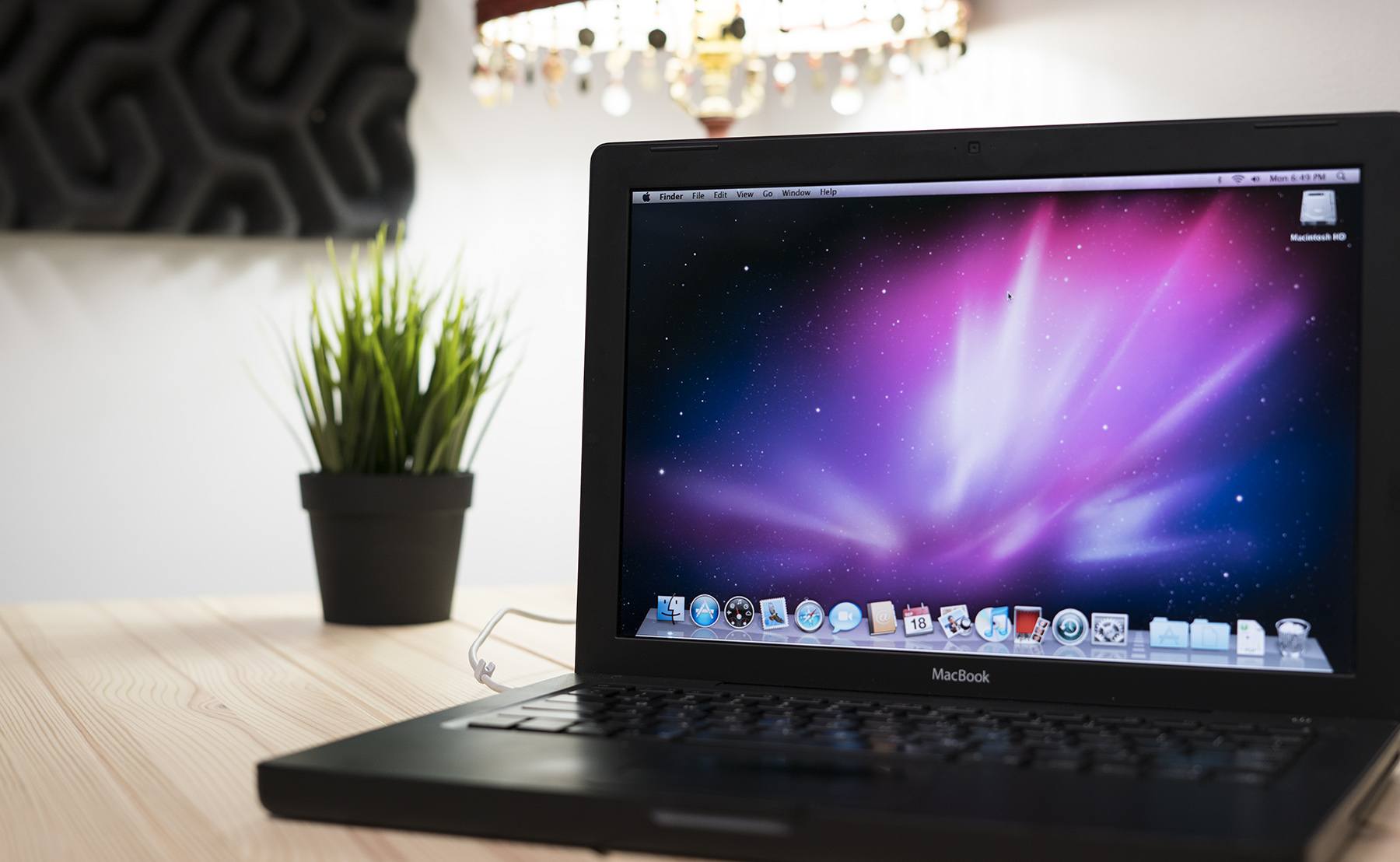 Eight years ago, at WWDC 2009, then Senior Vice President of Software Engineering Bertrand Serlet got on stage and made a bold claim about the new version of Mac OS X. After poking fun at Windows Vista and the then-new Windows 7, he introduced Snow Leopard:

We love Leopard. We are really happy with how it tuned out. We are proud of Leopard. When it became time to talk about the next big cat, we decided to name it Snow Leopard. It builds upon Leopard. The challenge we set for ourselves was to build a better Leopard.

Serlet went on, saying that this goal meant three things:

This single slide is what people remember most about the WWDC 2009 keynote: 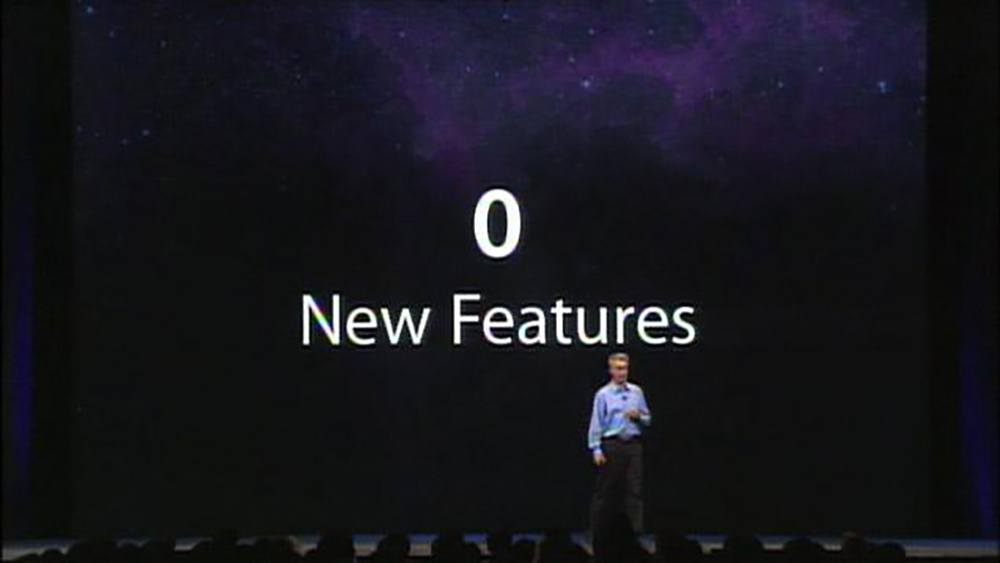 I think it’s easy to write this slide off as a joke, but in reality, it shows just how different Snow Leopard was from its feature-packed predecessors. Instead of an exhaustive list of new feature and built-in apps, Snow Leopard was a bit of a breather, giving the Mac room to prepare for the years ahead.

The most noticeable user-facing feature of Snow Leopard was built-in Exchange support for Mail, iCal, and Address Book. Setup was very simple, thanks to Exchange’s Autodiscover service. After logging in, Exchange data could live side-by-side with email, contacts, and calendars from MobileMe, Gmail, and other web services.

The real magic was under the hood.

Installation was made much faster, and after upgrading, users could regain up to 6 GB worth of free space on their drives. This was due to the combination of the removal of a whole bunch of PowerPC code, in addition to compression that was being applied to system files for the first time.

Serlet shared that of the 1,000 projects that made up Leopard, some 90 percent of them were updated and refined as part of Snow Leopard. Finder was rewritten to be a 64-bit Cocoa app, leaving Carbon behind. The Dock, Mail, TextEdit, Safari, iChat, Terminal, and many more system apps were also rewritten to be 64-bit. Mail opened twice as fast, while Time Machine backups were made some 80% faster under certain circumstances. 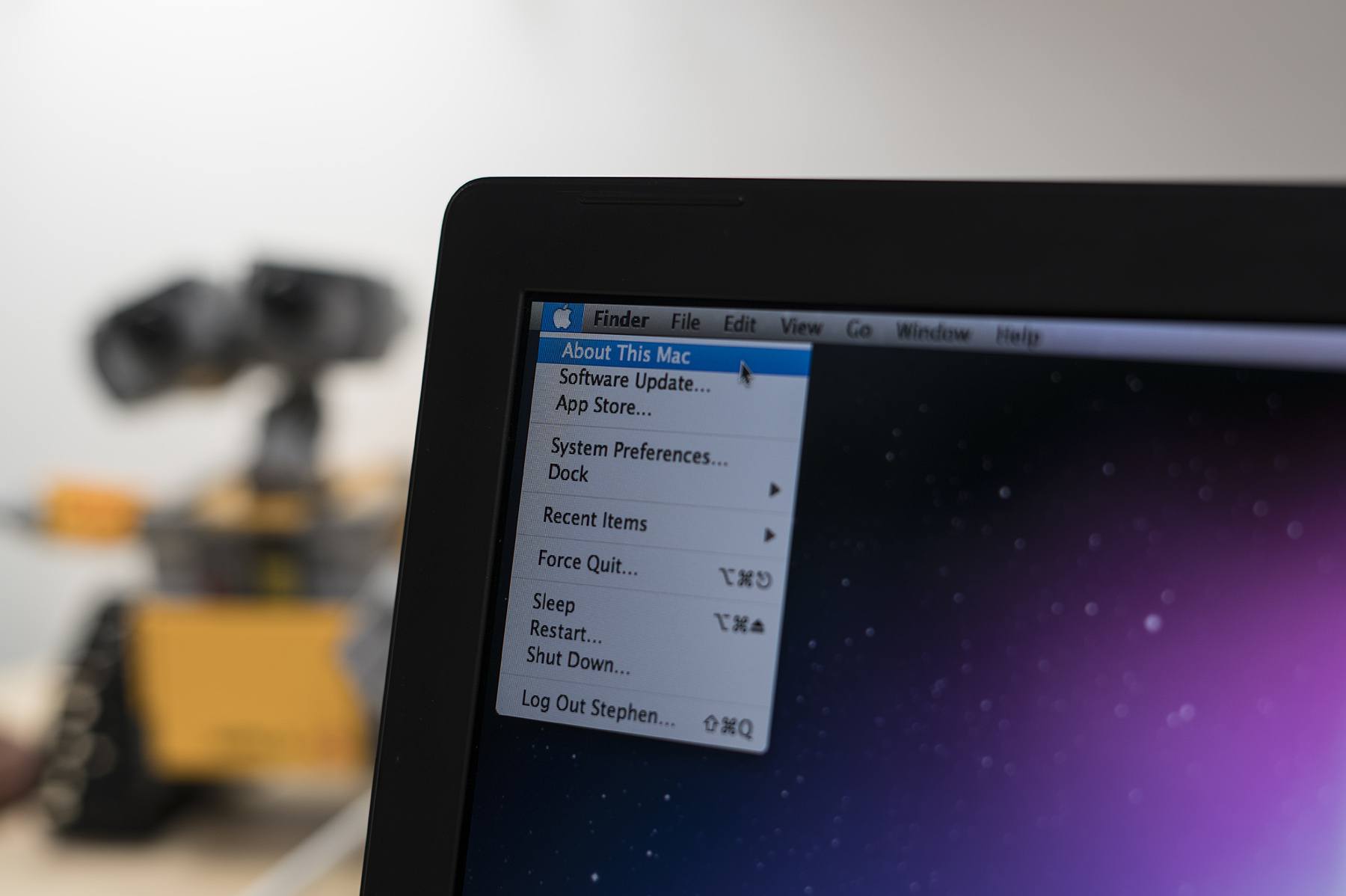 In addition to the core apps being rewritten in 64-bit mode, Snow Leopard introduced Grand Central Dispatch, which made writing and running multithreaded applications easier and more efficient. This meant that apps could ramp up more threads when needed, and scale back quickly when the extra power wasn’t needed. Its cousin was OpenCL, which allowed developers to tap into the massive power of GPUs for computational purposes.

The Response to Snow Leopard

All of this progress came with a new price tag: Snow Leopard was just $29 for consumers upgrading from Leopard, a full $100 less than previous releases of Mac OS X.

That certainly made Mac fans happy, but Snow Leopard was the first OS to drop support for PowerPC-based Macs. Owners of G4s and G5s were stranded on Leopard. Rosetta was still present, so apps that hadn’t yet been compiled for Intel could still run, but I think a lot of users were surprised that PowerPC support was removed just three years after the Intel transition was complete.

By leaving PowerPC support behind, Snow Leopard freed Apple to build with the future in mind. In a world where every Mac has at least a dual-core processor and relies on the GPU for more and more tasks, the foundations built in Mac OS X 10.6 have proven incredibly important. It was the last version of Mac OS X to ship on DVD and the first to include the Mac App Store. 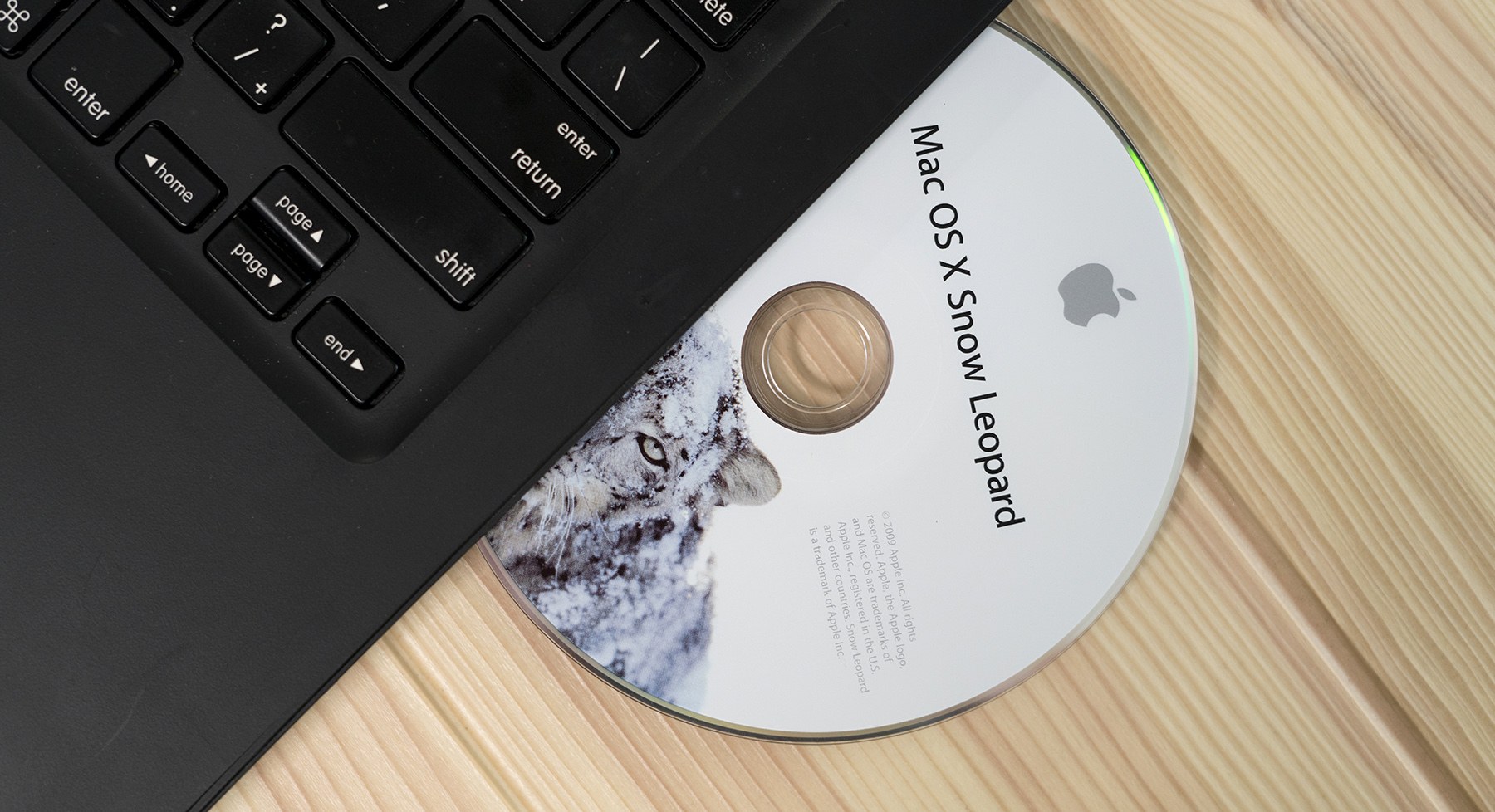 The polish added to the levels above this technology was just the cherry on top.

Should you buy Mac OS X Snow Leopard? If you’re already running Leopard, then the answer is a resounding “yes.” If you’re still running Tiger, well, then it’s probably time for a new Mac anyway. When you buy one, it’ll come with Snow Leopard.

Snow Leopard is a unique and beautiful release, unlike any that have come before it in both scope and intention. At some point, Mac OS X will surely need to get back on the bullet-point-features bandwagon. But for now, I’m content with Snow Leopard. It’s the Mac OS X I know and love, but with more of the things that make it weak and strange engineered away.

I know I sure thought of Snow Leopard in this way. It ran smoothly on everything from polycarbonate MacBooks on up, and it’s still the OS I prefer to run on this vintage type of hardware.

Since 2009, a handful of releases have been compared to Snow Leopard. Since Apple’s move to an annual cycle, OS releases have become smaller and less important. None, I think, have truly earned the Snow Leopard badge until this year with High Sierra.

As he was introducing High Sierra this year at WWDC, Craig Federighi said:

We wanted to spend this year perfecting [the Mac].

High Sierra is all about deep technologies that provide a powerful platform for future innovations on the Mac.

And we couldn’t help ourselves, so we also added some refinements.

He expanded upon this at this year’s live episode of John Gruber’s The Talk Show:

There’s a proud tradition of Mac releases — that, I think, some of our most loved releases sometimes, are when we take a year to refine and perfect, and we wanted to do it again.

Time will tell if High Sierra joins Snow Leopard in the Hall of Fame, but I bet it will. A focus on polish and shoring up the foundations will always be welcome words to the Mac faithful.