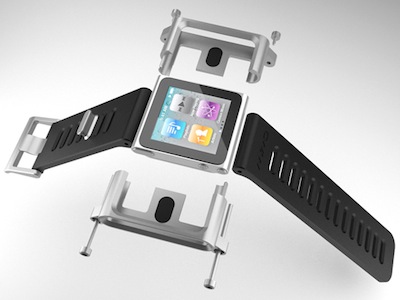 Remember the TikTok+LunaTik project? It has become one of KickStarter’s most successful campaigns ever. Even better than The Glif. I guess there is a market for well-realized iPod Nano wristbands, after all.