The Story Behind The “Steve Jobs as Franklin Delano Roosevelt” Video 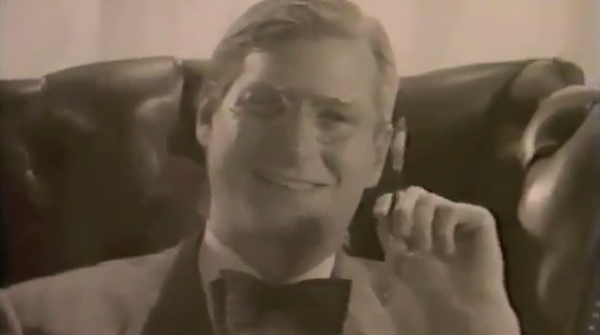 I called Chris in L.A. to outline what we were thinking. War movie. Stock footage from the D-day landings. Chaplin as Adenoid Hynkel hanging on the wall. Mac marketing team in cameo roles. And the topper: Steve as FDR. He said he’d start looking for a director (or maybe he had one in mind).

Glenn, Mike, and I marched into Steve’s office to give him the pitch. Pretty much the way I outlined it in the previous paragraph. Steve’s eyes were sparkling through it all. By the time I got to, “and you as FDR,” I had made the sale. In the binary universe of Steve Jobs, something is either a zero or a one. This was a one. Instantly. Definitively.

The “1944″ video was aimed at rallying Apple’s sales troops and the Mac division against IBM, which was taking the majority of PC market shares back at the time. Check out the full story here, and the video on YouTube.