Steve Jobs Biography Sells 379,000 Copies In First Week In The US 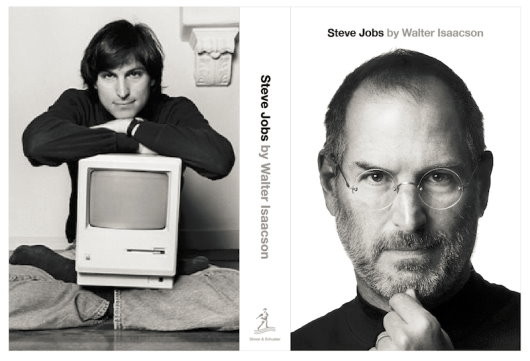 The Bookseller reports Walter Isaacson’s “Steve Jobs” has sold 379,000 copies in the first week of US availability:

Walter Isaacson’s biography of Apple co-founder Steve Jobs sold 379,000 copies in the US in its first week on bookshop shelves, BookScan US data has revealed.

Walter Isaacson’s 656-page biography scored the biggest week of sales for any book in the US since November last year, when Jeff Kinney’s Diary of a Wimpy Kid: The Ugly Truth (Amulet) and George W Bush’s Decision Points (Crown) both sold more than 430,000 copies at US booksellers in the seven days to 13th November.

The Guardian adds some UK data, reporting that Steve Jobs bio sold 37,000 copies in five days, based on Nielsen BookScan figures, which include physical sales from Amazon but don’t track digital versions of the book, available both on Amazon’s Kindle Store and iBooks.

Walter Isaacson’s critically acclaimed biography, published 19 days after Jobs’s death, sold more than 37,000 copies – more than any other fiction or nonfiction paperback or hardback in its first five days on sale, according to Nielsen Bookscan, the official industry measurement system for retail sales.

It’d be interesting to know the exact figures of digital sales, considering many people opted to download the ebook from Apple’s iBookstore or Amazon’s Kindle Store – where it went on sale soon after midnight on October 24th – rather than wait for a physical copy to ship. “Steve Jobs” by Walter Isaacson is already a best-seller on Amazon and is prominently featured on the iBookstore homepage, gaining interest of Apple fans and people curious to know more about the life and experiences of Apple’s late co-founder, who passed away on October 5th, 2011. [via]