Ron Johnson: “What I Learned Building the Apple Store” 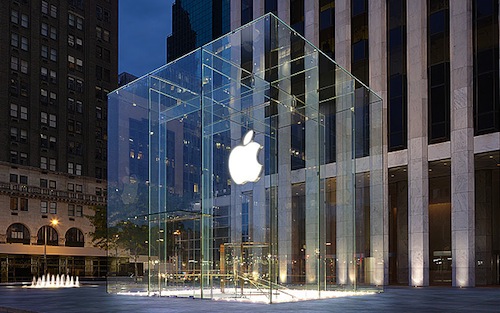 Apple’s former VP of Retail Ron Johnson, now CEO of J.C. Penney, wrote a guest blog post for Harvard Business Review analyzing the unique factors that contributed to the success of Apple’s retail stores. He says key to the experience was that employees didn’t want customers to buy more, but simply to get what they needed.

People come to the Apple Store for the experience — and they’re willing to pay a premium for that. There are lots of components to that experience, but maybe the most important — and this is something that can translate to any retailer — is that the staff isn’t focused on selling stuff, it’s focused on building relationships and trying to make people’s lives better. That may sound hokey, but it’s true. The staff is exceptionally well trained, and they’re not on commission, so it makes no difference to them if they sell you an expensive new computer or help you make your old one run better so you’re happy with it. Their job is to figure out what you need and help you get it, even if it’s a product Apple doesn’t carry. Compare that with other retailers where the emphasis is on cross-selling and upselling and, basically, encouraging customers to buy more, even if they don’t want or need it. That doesn’t enrich their lives, and it doesn’t deepen the retailer’s relationship with them. It just makes their wallets lighter.

Johnson, who joined Apple in 2000 and was head of retail operations until 2011, left Apple’s retail stores with average revenue per store at $10.7 million and overall revenue in Q4 up 1% at $3.6 billion.