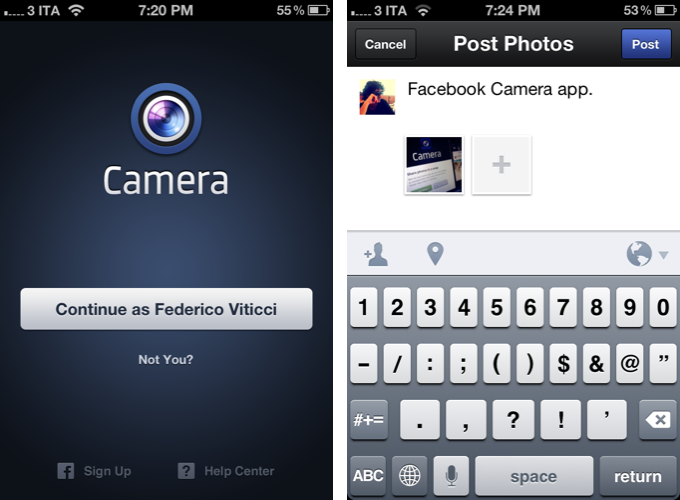 According to MG Siegler at TechCrunch, Apple’s upcoming new version of iOS – set to be unveiled at WWDC – will feature Facebook integration, similarly to how Twitter was integrated into iOS 5 last year.

It’s important to note that Apple being Apple, something could change in the next week and a half (see again: Facebook/Ping). But as of right now, Facebook is a go in iOS “Sundance”. One thing still being hammered out according to our sources is how sharing will work. Sharing is the other big part of the iOS/Twitter integration, and will be important for iOS/Facebook integration as well. But Facebook is significantly more complicated than Twitter in that there are all kinds of permissions for what you can post where and who can see what. And Open Graph adds another layer of complexity to all of this.

It is unclear for now how Facebook integration could work at a system level on iOS, presumably allowing users to share status updates, photos, and videos. Taking Twitter integration as a reference, it is worth noting how Apple doesn’t let users casually tweet at any time from iOS, having enabled the “tweet sheet” only in specific applications such as Safari and Photos. Facebook is more complex than Twitter in terms of privacy controls and functionalities, and we can only assume the system integration Apple has worked on will still strive for simplicity and intuitiveness when communicating with the service.

There are a series of factors as to why Apple could add Facebook integration to iOS. Firstly, such integration was spotted years ago into an unreleased build of iOS 4. Then, recent remarks by Apple CEO Tim Cook confirmed the two companies have mutual respect for each other, and that they are working closer together to provide the “best experience” with Facebook to iOS users. Tim Cook himself said to “stay tuned” about it. Last, Facebook’s own apps for iOS (including the recently released Facebook Camera) and the plethora of third-party Facebook-connected apps could incredibly benefit from direct integration on iOS.

Apple’s WWDC kicks off on June 11 in San Francisco.