In 2007, RIM Thought The iPhone Was “Impossible” 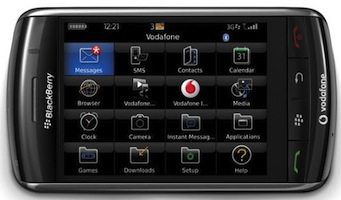 According to a former RIM employee:

RIM had a complete internal panic when Apple unveiled the iPhone in 2007, a former employee revealed this weekend. The BlackBerry maker is now known to have held multiple all-hands meetings on January 10 that year, a day after the iPhone was on stage, and to have made outlandish claims about its features. Apple was effectively accused of lying as it was supposedly impossible that a device could have such a large touchscreen but still get a usable lifespan away from a power outlet.

So that’s why they got left behind: they spent months making fun of something they thought wouldn’t be possible. They came out with their touchscreen smartphone eventually, the Storm, but it didn’t have all the features of the iPhone and, more importantly, it was already too late. Now RIM is struggling to catch up.

Imagine their surprise [at RIM] when they disassembled an iPhone for the first time and found that the phone was battery with a tiny logic board strapped to it.

Imagine their surprise when they disassembled an iPad.