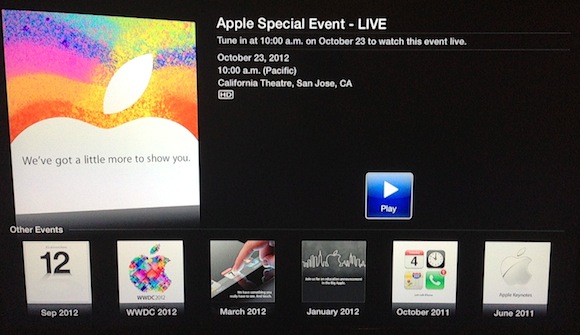 As reported by MacRumors, Apple has added an “Apple Events” application to the Apple TV software, confirming that it will offer a live stream of today’s media event starting at 10 AM PT. Among other additions to the software, the Apple Events app is noteworthy as it marks a return for Apple to offering live streams for its media events. It’s not clear yet whether Apple will also provide a live video feed for other devices or browsers.

In the past, Apple experimented with live video streams through Safari on Apple.com. Notably, Apple’s last video stream took place in 2010 for the Back to the Mac event, when the company unveiled OS X Lion and the new MacBook Airs.

Today’s event, rumored to be focused on the debut of a smaller iPad, will begin at 10 AM in San Jose, California. Check your time zone below, and stay tuned for our coverage through @MacStoriesNet and our October 23 hub.

Update: Beau Giles has posted two direct links for the live stream and XML file of the event. The links were found in the Apple TV software passed through a proxy. They’re likely to change later today, and we’ll keep you posted on solutions to stream the video elsewhere, if possible. 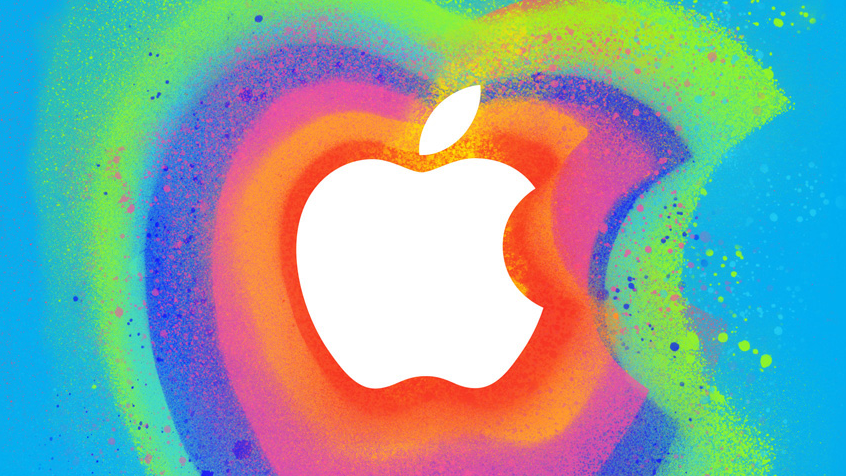 Update #2: Apple just confirmed they will also stream the event through Apple.com. This is the direct link for the browser-based live stream. As for the requirements: