Apple: Demand for iPad 2 Is “Amazing” 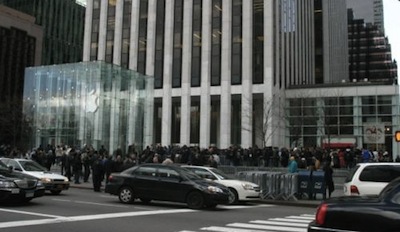 Speaking to The Loop’s Jim Dalrymple, Apple spokesperson Trudy Muller said the consumers’ demand for the iPad is “amazing”.

Demand for the next generation iPad 2 has been amazing,” Apple spokesperson Trudy Muller, told The Loop. “We are working hard to get iPad 2 into the hands of every customer who wants one as quickly as possible.”

Apple would not say exactly how many iPad 2s were sold over the weekend.

The launch of the iPad 2 saw long lines at Apple Stores across the US, delayed shipping times on Apple’s website and several retail stores sold out of units. A survey revealed 70% of iPad 2s are being sold to new customers, and an analyst predicted Apple would sell 600,000 copies over the launch weekend alone.

At this point, it wouldn’t be a surprise to see an Apple press release announcing 1 million iPads sold later this week.