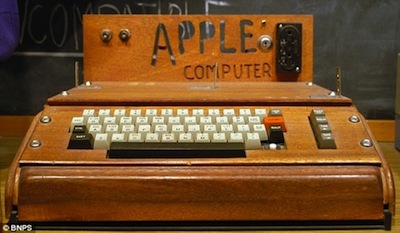 Two hundred Apple-1 computers are estimated to have been created and sold for $666.66 before Apple Computer Inc. was founded in 1977. Once the Apple II, the company’s first official product, was released, many of the Apple-1 models were reclaimed as trade-ins. Only about 50 are still known to exist, many of them indexed by hardware developer Mike Willegal.

Remember the original Apple-1 that was up for auction at Christie’s? Someone bought it for almost $220,000.