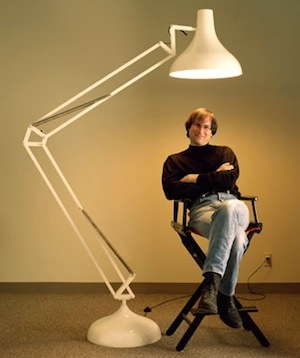 On February 3rd, 1986 Steve Jobs acquired the computer graphics division of Lucasfilm. Jobs, who was forced to resign from Apple, renamed the group “Pixar”. After some years of initial business struggle, the rest is history: Pixar is now the most successful animation studio in the world with masterpieces such as Toy Story, Up and Wall-E in their portfolio. The company  became a subsidiary of Walt Disney in 2006.

From the unofficial Pixar blog:

When Pixar went beyond the conference and animation-festival circuit and into the multiplex with Toy Story in 1995, it changed the art and business of animation overnight. True, if Pixar hadn’t made the first computer-animated feature film, someone else eventually would have. But if Toy Story hadn’t been a superlative film, it’s doubtful computer graphics would have taken over feature animation as it did.

Pixar’s most extraordinary creation, perhaps, is its repeatable process for creating stories that audiences will want to see. I don’t mean a “formula,” but a way of incubating stories: putting story development in the hands of the director and providing regular feedback from a director’s peers.