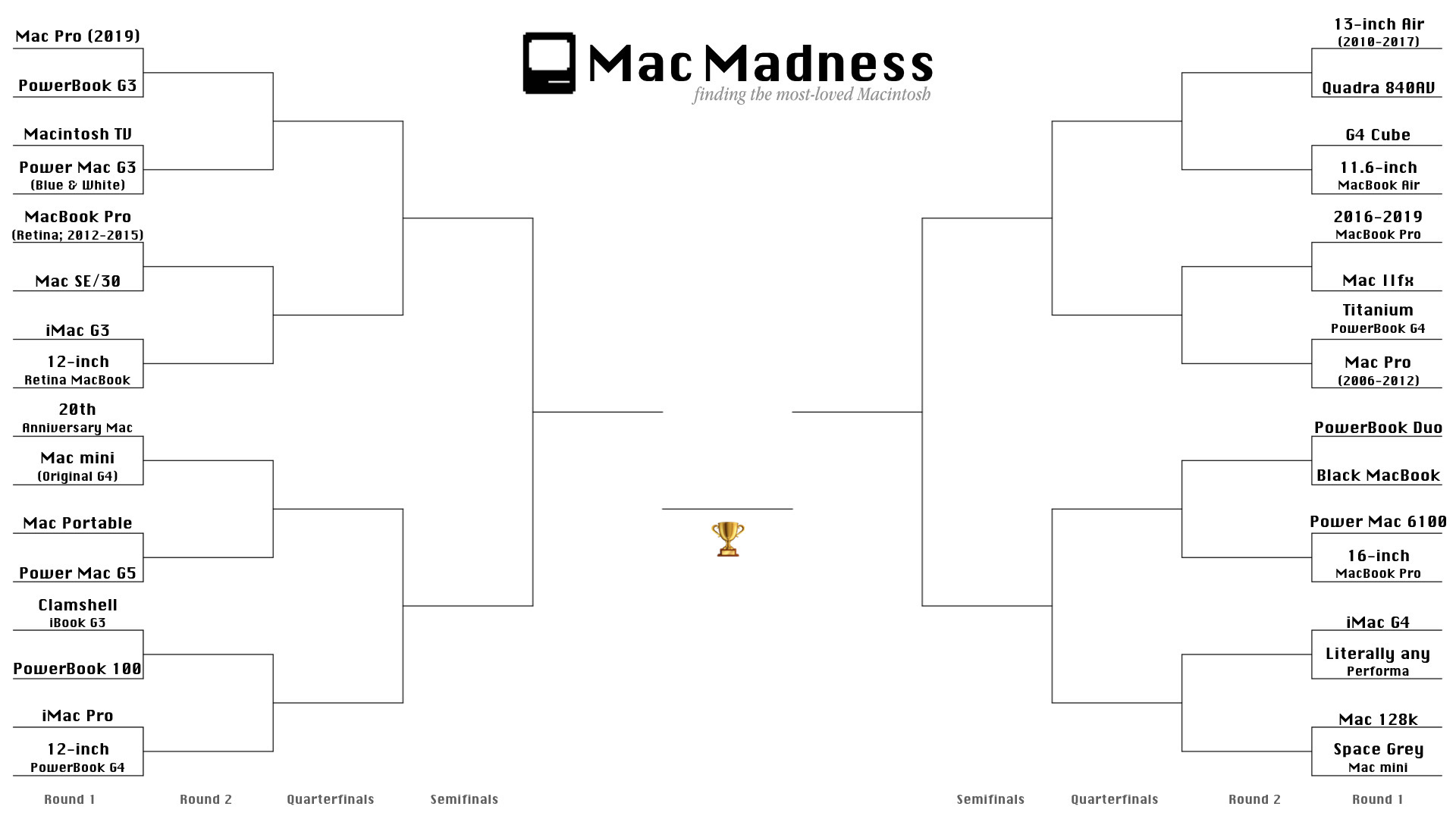 I was immediately excited when Stephen Hackett told me a couple of nights ago about an idea he had. With bad news dominating the headlines, events canceled around the world, and people stuck at home with new-found time on their hands, he wanted to create a fun diversion for Mac fans. What he came up with is Mac Madness, a March Madness basketball tournament-inspired face-off among 32 beloved Macs.

Hackett has all the details on 512pixels.net where you’ll also find this video introducing the match-ups:

The initial matchups were chosen randomly, which adds to the fun because there are some very tough choices to make when you vote. Remember, the goal is to find the most-loved Mac, which doesn’t have to be what you’d consider the ‘best Mac.’

Round one voting closes tomorrow, March 20th, and the final winner will be announced on Friday, April 3rd. Along the way, Hackett will be live-streaming each bracket’s winners on the Relay FM Twitch channel and posting the videos later on 512 Pixels where he’s set up a special page to collect all the results. So, join in on the fun and vote now to see if your most-loved Mac takes home top honors.