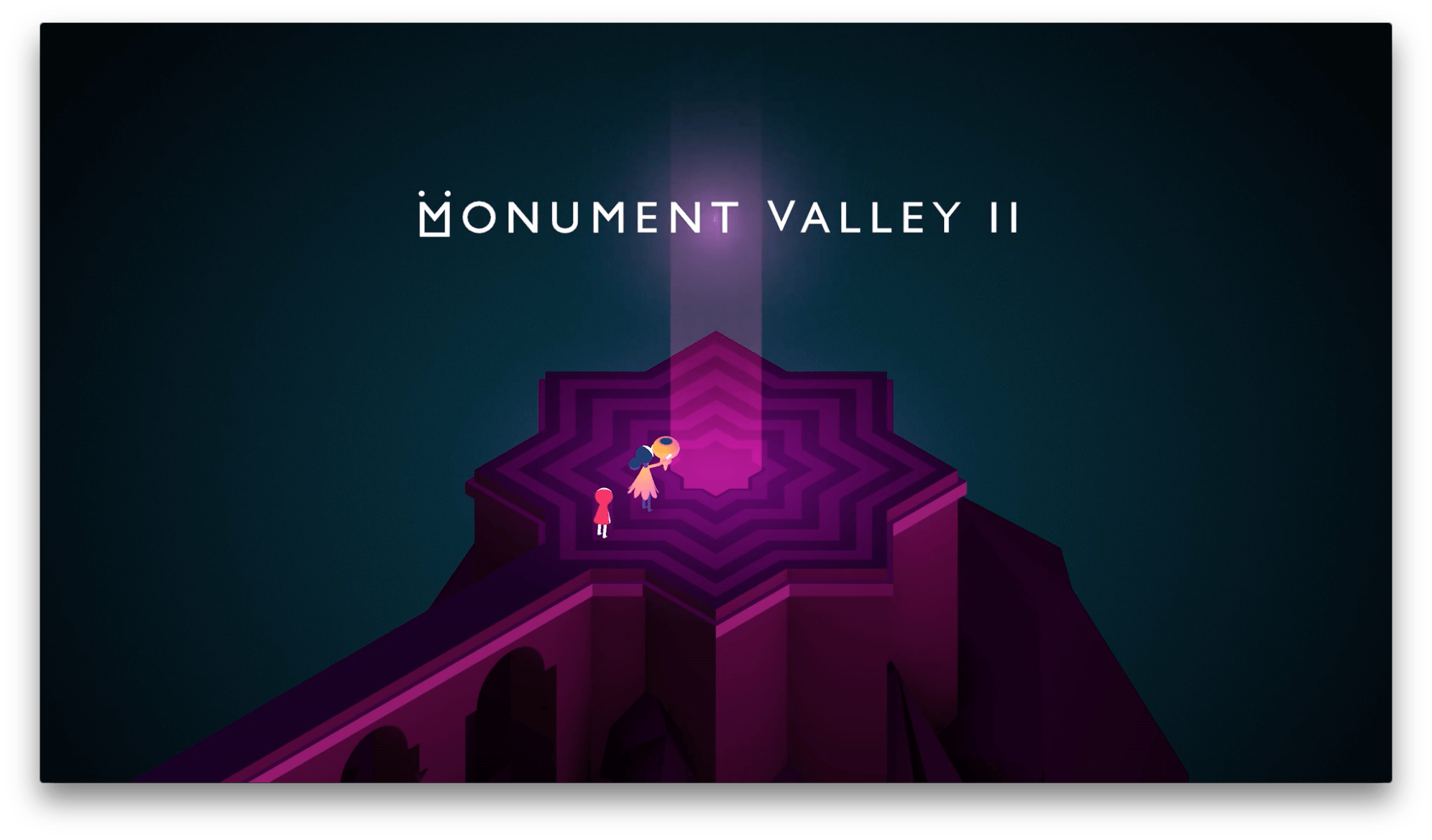 Monument Valley 2 was announced and released during the WWDC keynote this past June. Andrew Webster at The Verge talked to the team behind the game about keeping the sequel a secret and the success the game has enjoyed in the subsequent months.

Since WWDC, the follow-on to one of the biggest App Store hits in recent years is selling well, including in China where sales are greater than in the US. Still, it remains to be seen whether ustwo’s latest release can match the original, which did even better in its second year on the App Store. Asked about how that kind of success can be replicated, ustwo head Dan Gray said:

“Your game needs to operate on a number of levels — at least that’s how we work,” he says. “When we think about how kids interact with Monument Valley, they treat it like a toy. There are these amazing structures, and it’s very tactile, there’s a lot of audiovisual feedback. That’s the most simple form of interaction. And then there are the people who understand the basic premise. In Monument Valley 2, that is a mother and child trying to solve problems together. Then there are the people who talk on internet forums and Twitter, and have really high-level, deep discussion.”

The Verge’s profile coincides with the release of a behind-the-scenes video created by ustwo that follows its team as they fly to San Jose and reveal Monument Valley 2 to the world.