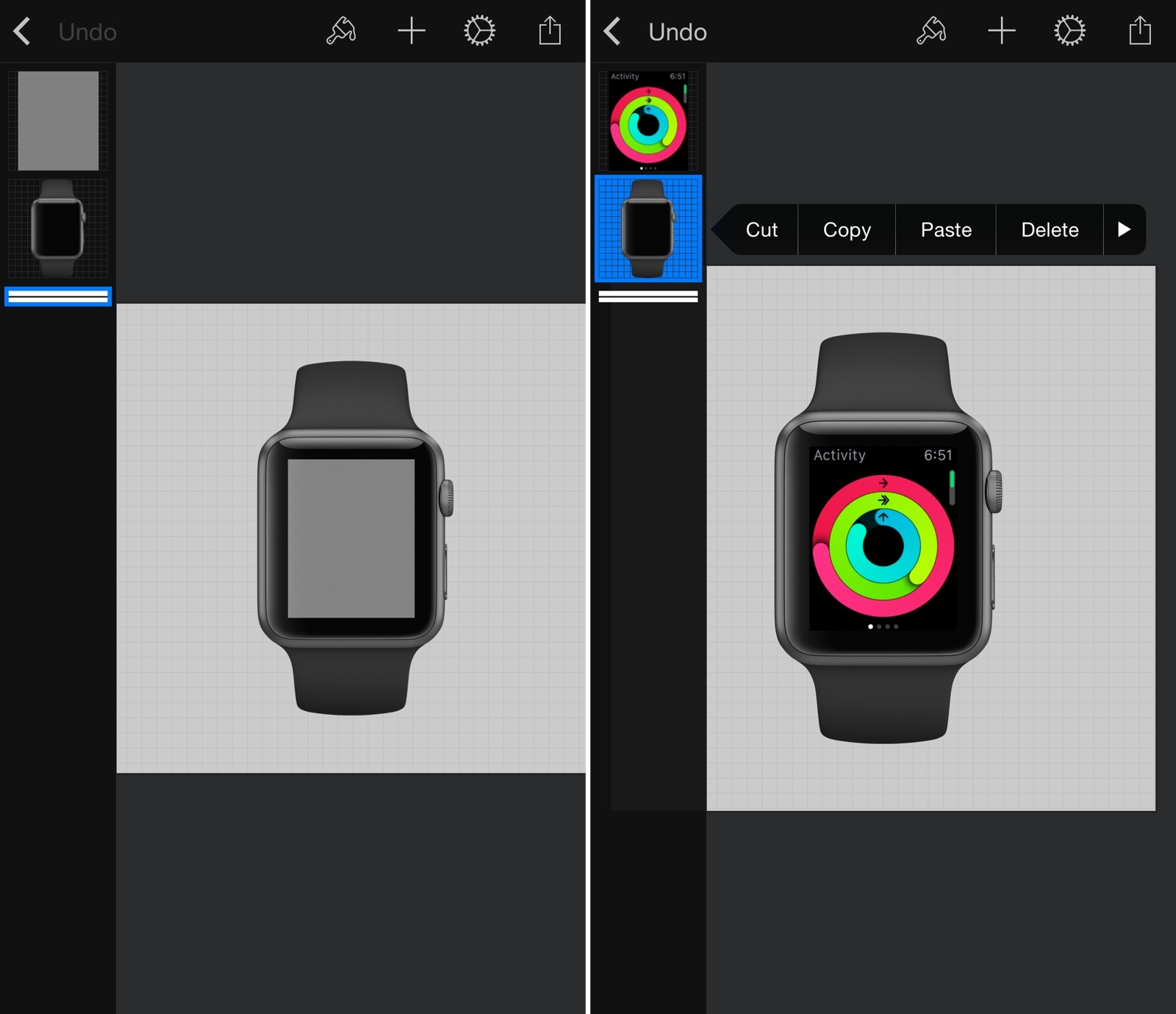 With a universal update, Pixelmator has been released on the iPhone today. I took Pixelmator for a spin last year when it launched on the iPad, and, while I don’t need all the features of this app, I’ve been using it regularly to create simple image compositions and edit screenshots for the site.

On the iPhone, the Pixelmator team went with some interesting choices. The app feels a bit constrained on the smaller screen but you can still access all the tools from the iPad version. I like how you can view layers with a swipe on the left edge of the screen, and I appreciate the effort they put into rearranging menus when you switch to landscape (I tried the app on an iPhone 6 Plus – make sure to check out the Tools menu in landscape). As you can see in the screenshots above, I’m going to use the app until I figure out a way to automate Apple Watch screenshot generation with Pythonista or Workflow.

Pixelmator is one of the most impressive mobile adaptations of a powerful desktop app – and now you can use it on an iPhone too. $4.99 on the App Store.