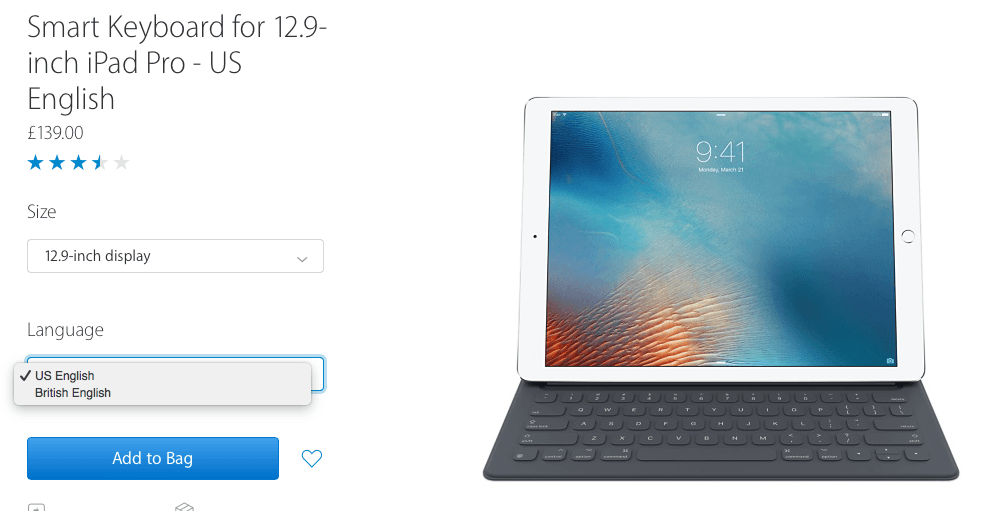 Apple has introduced new Smart Keyboards for the iPad Pro with localized layouts for several languages. According to 9to5Mac, the localized Smart Keyboards include British English, French, Spanish, Italian, Arabic, and others. The keyboards are available to fit both the 9.7 and 12.9 inch models of the iPad Pro and are available from Apple’s websites in the countries where the applicable languages are spoken, along with the existing US English version of the keyboards.