According to a Sensor Tower report, the total space required for the top 10 most installed iPhone apps has increased more than 1000% since May 2013, increasing from 164 MB to a whopping 1.8 GB. During that period, Apple has raised the maximum app size from 2 GB to 4 GB and the minimum storage capacity of iPhones to 32 GB, but the size of the most popular iPhone apps has far outstripped those increases. iOS 11 will address the issue in part, with a feature that can offload apps that aren’t used often, while saving settings and user data. 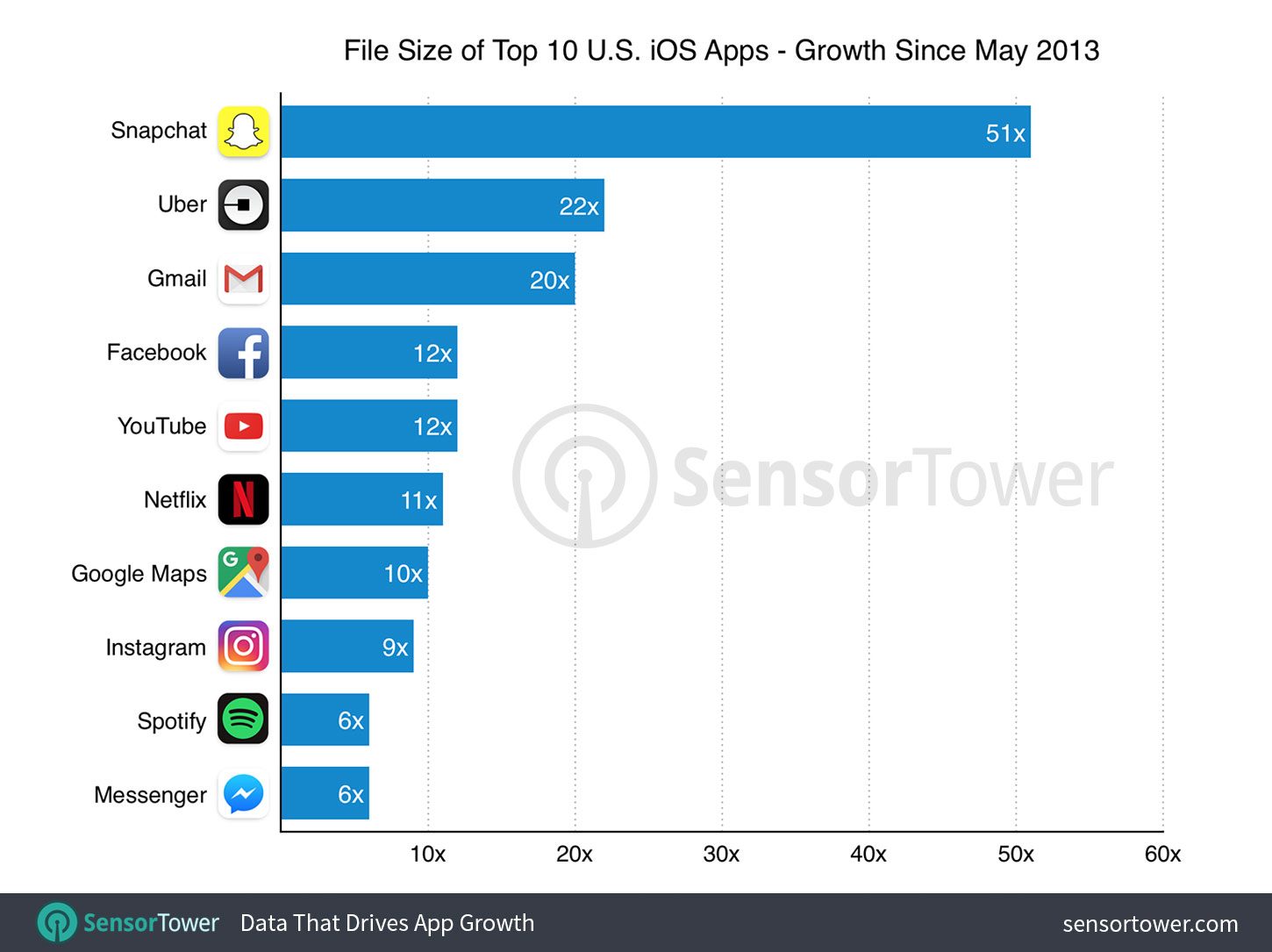 We see the often sudden growth in size exhibited by apps such as Facebook and Snapchat as directly tied to the intense competition between them, which necessitates a steady rollout of new and more space-intensive features. Of course, some apps have likely grown in size simply due to a reduced need (or perception of a need) for optimization.

I’m sure that competition and perception play a role in the increases noted by Sensor Tower, but it would also be interesting to see how deep this trend extends beyond the ten most popular iPhone apps. I suspect it runs deeper than many people realize. Scrolling through the Update tab of the App Store, I have many recent updates on my iPhone that exceed 100 MB, including Apple’s own Keynote, which is 675 MB.