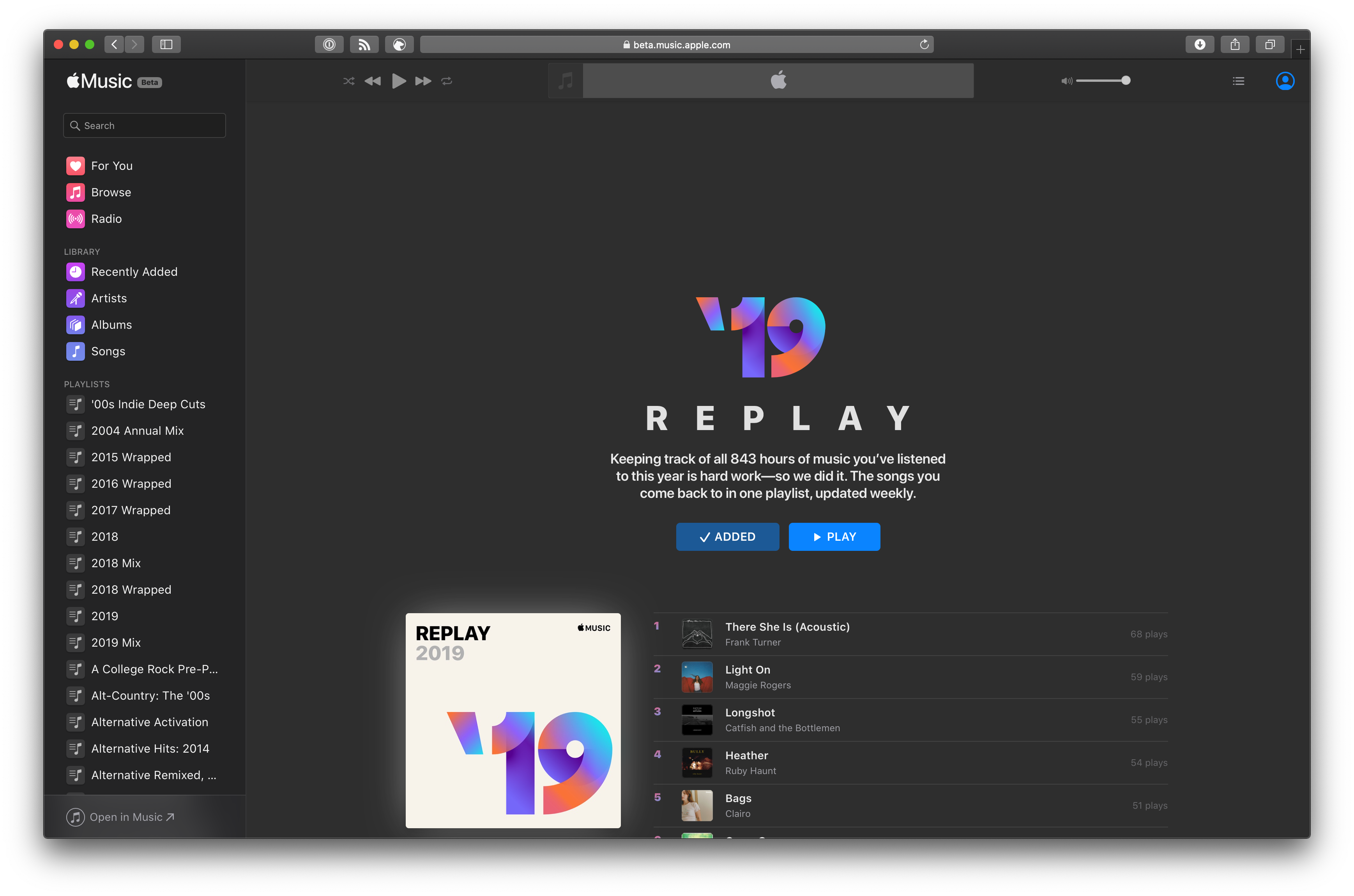 TechCrunch reports that Apple Music has added a new automatically-generated playlist called Replay that collects your top 100 songs for each year you’ve subscribed to the music streaming service. The concept is similar to Spotify’s year-end Wrapped playlist but differs in that it is updated every Sunday throughout the year.

According to Sarah Perez’s story on TechCrunch:

If you don’t see your 2019 Replay playlist in Music, I was able to force it onto my devices by visiting replay.music.apple.com, adding my 2019 playlist, and then playing it. A couple of minute later it showed up in the Recently Played section of For You on iOS, though it seems to be taking longer to show up on my Mac. 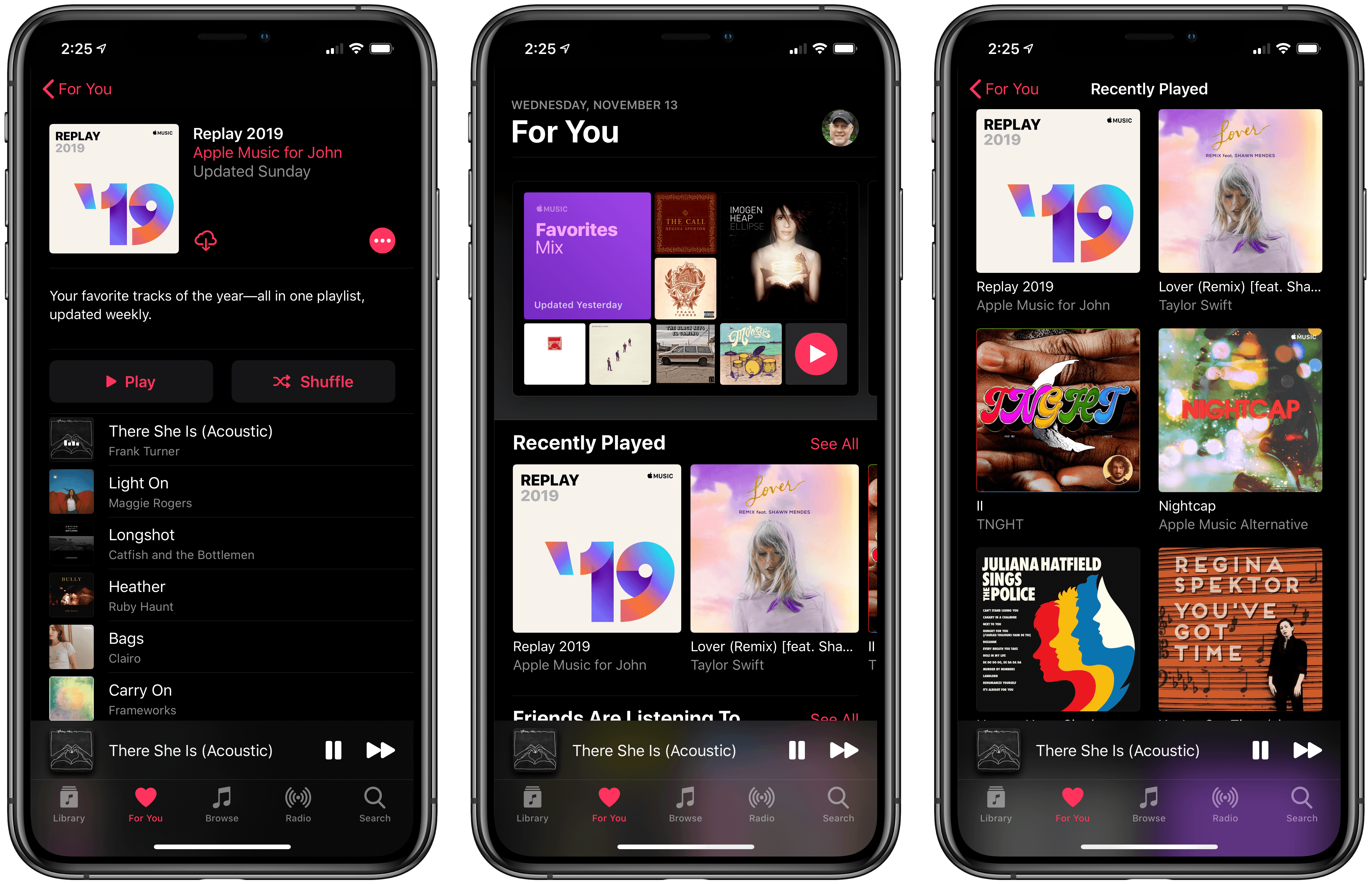 I’ve always hoped Apple Music would do something like this, as has Federico who took matters into his own hands and created his Apple Music Wrapped Shortcut that you can find in the Music section of the MacStories Shortcuts Archive. I also appreciate that the playlist will be available throughout the year as a snapshot of my current favorite songs.