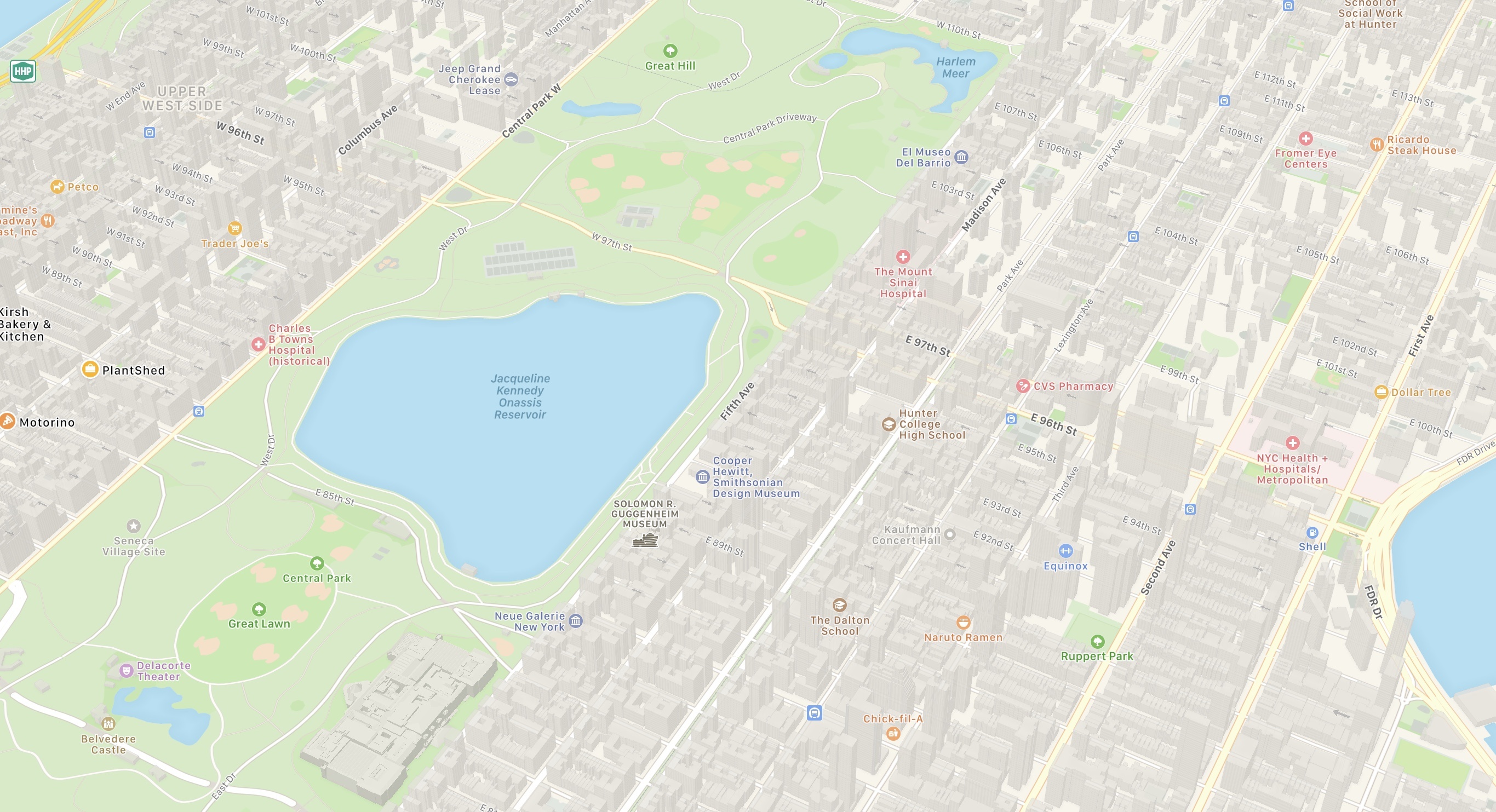 Yesterday Apple began the full rollout of its new maps for the Northeastern United States. And right on the heels of that release, Justin O’Beirne has meticulously documented and compared Apple’s new work with the mapping data that it replaces. He begins by highlighting Apple’s progress toward launching its new maps throughout the U.S.:

Apple has promised that its new maps would be available to all U.S. users by the end of 2019, so the rollout – which began last September with iOS 12 – will need to significantly accelerate from now through December.

The bulk of O’Beirne’s post lets the new maps speak for themselves. Pulling from significant locations all throughout the Northeast, O’Beirne showcases direct comparisons between the old and new maps. As has been seen in other parts of the U.S., Apple’s new maps feature significant expansions of vegetation, new details for features like ball fields and small parks and rivers, and even road enhancements. Apple’s Look Around feature, which competes with Google Street View, is also now available in some of these Northeastern locations, such as in New York City.

Maps in iOS 13 is a big update, particularly if you’re in an area that has the new Apple-designed maps. I’m excited to have the new maps arrive in New York City, and look forward to getting some hands-on time with them over the coming weeks.