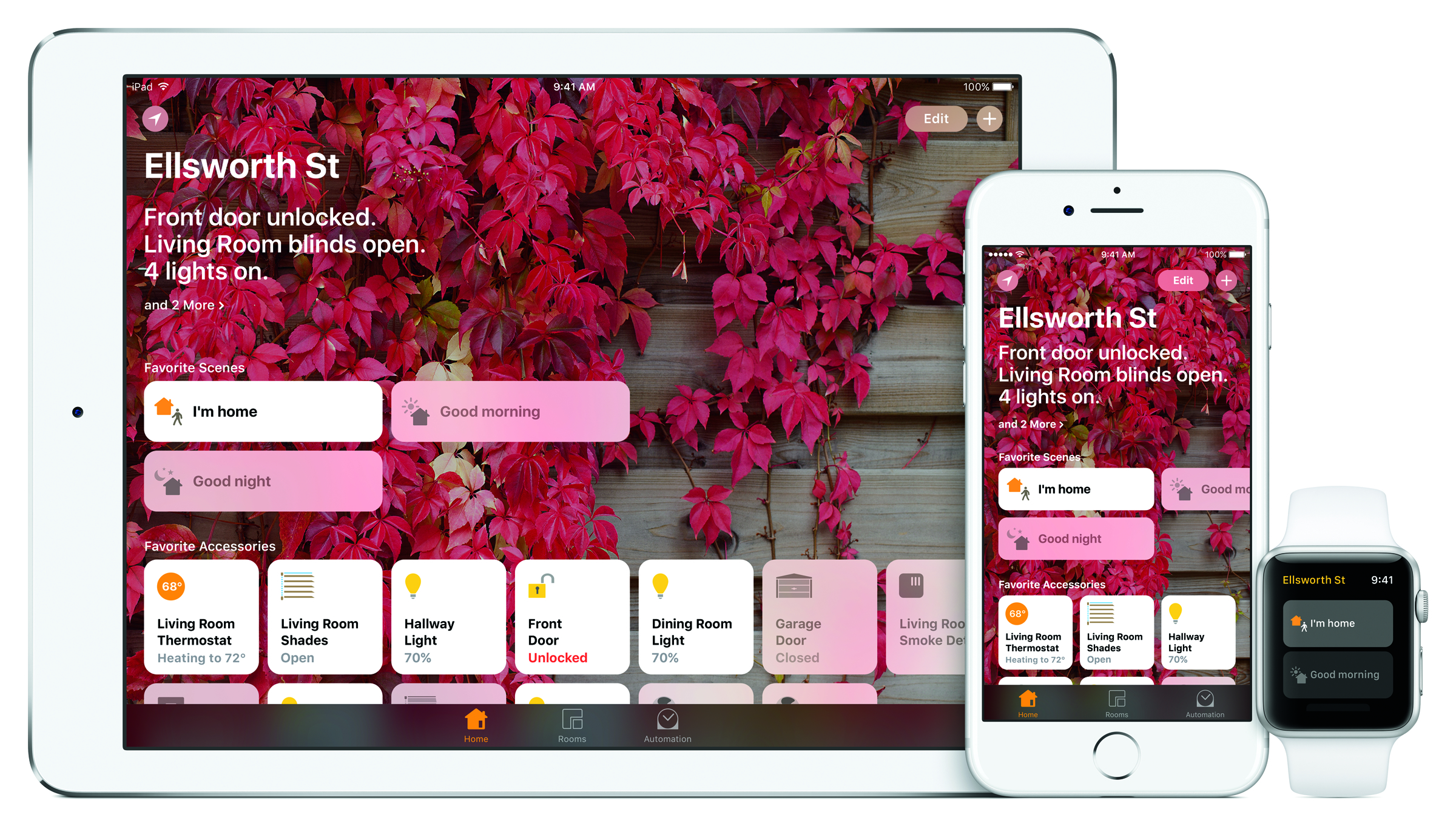 Today Apple’s webpage about HomeKit and the iOS Home app has been completely revamped. It includes a new 45-second video where Siri commands and scenes in the Home app are used to control lights, window shades, door locks, coffee makers, and more. The video highlights how easy and convenient it can be to control smart devices once they’re set up in Home.

Besides the featured video, the new Home-centric page includes sections covering various aspects of the Home platform, such as:

This past year has seen the first major smart home push from Apple since HomeKit’s announcement nearly three years ago, at WWDC 2014. It comes at a time when Amazon’s Alexa is quickly expanding its reach beyond the Echo and into devices of all kinds. It will be interesting to see if any announcements are made at this year’s WWDC to further bolster HomeKit against increased competition.