If there’s something great about OS X’ default text-to-speech feature is that it’s a perfect tool to scare people who don’t know anything about it. “The computer has spoken!” - something like that. I’d like to tell you about this summer’s joke with two friends of mine and some polish dudes sitting next to my computer, but not now.

What we have here is an Action Menu (the amazing tweak developed by Ryan Petrich which adds additional buttons to the standard copy & paste menu) plugin which allows your device to “read and speak” selected text. 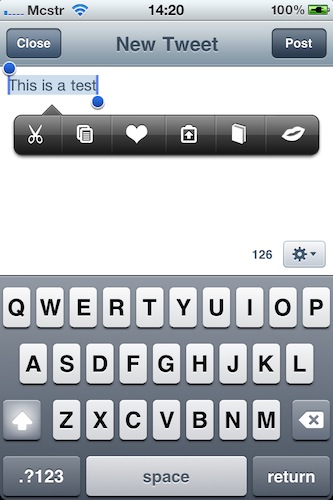 Action Menu Voice, based on the same voice sounds of iOS’ Voice Over, adds a “lips” button to Action Menu’s default menu that you can hit once you’ve selected some text; your device will start speaking immediately in a nice (and sometimes scary) robotic voice. Ok, not really robotic - I’ve seen (and heard) worse around.

The tweak is free and available on BigBoss repository. Go download it. 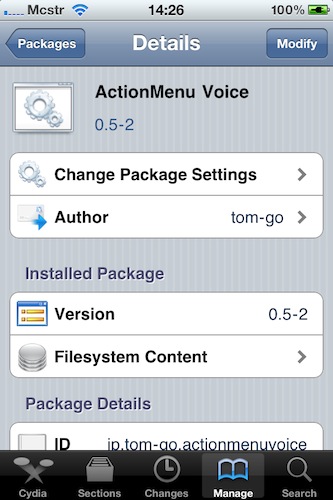 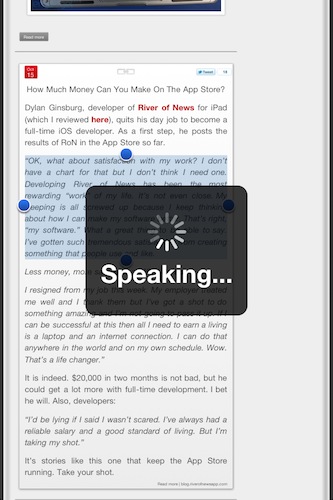