Right when you open the app, you see a screen listing all your folders, as well as the ‘inbox’. This is referred to by the app as the homescreen. I find this screen to be useful and informative, giving me a quick glance at all my folders and items that I’ve put there. It also informs you of items syncing at the bottom. 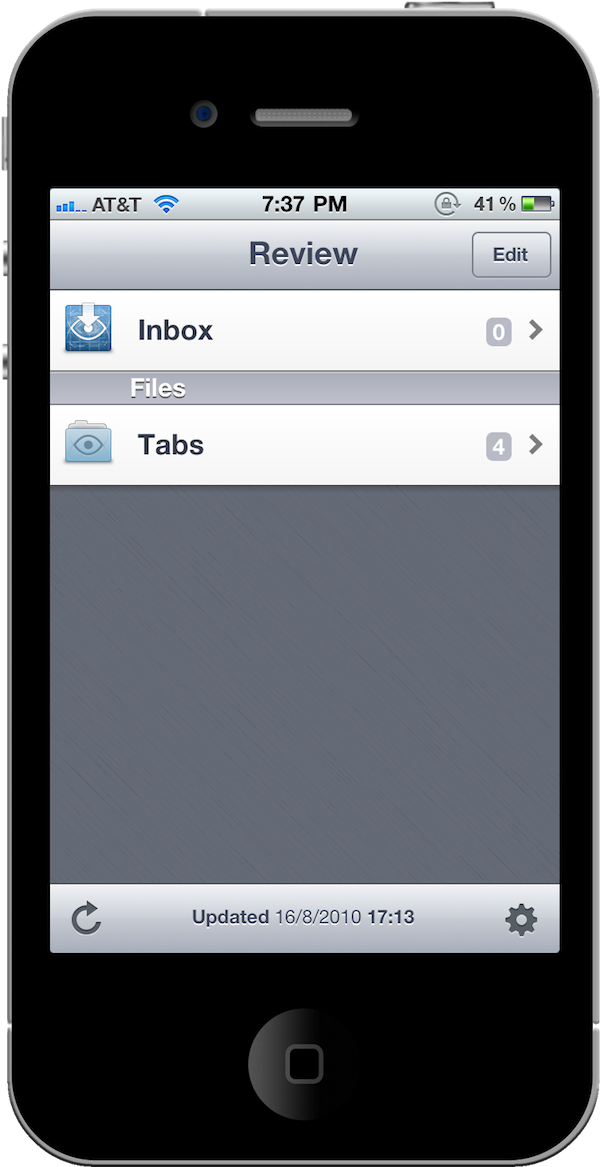 Review is incredibly powerful with its Mac companion. Almost everyone creates interfaces in Photoshop nowadays, including myself, and the great thing about Review’s Mac companion is that it can send your current document in Photoshop over to your iPhone. To say this is awesome is an understatement. It’s absolutely incredible- but that’s not all. Review actually *syncs* all the files you send to it from your Mac. What exactly does this mean? Well, say I’m working on an interface in Photoshop and invoke the keyboard shortcut to send the document to Review. I make a few changes, and hit it again, and it doesn’t have to send it over as a new document- it actually updates the copy that’s on my iPhone. 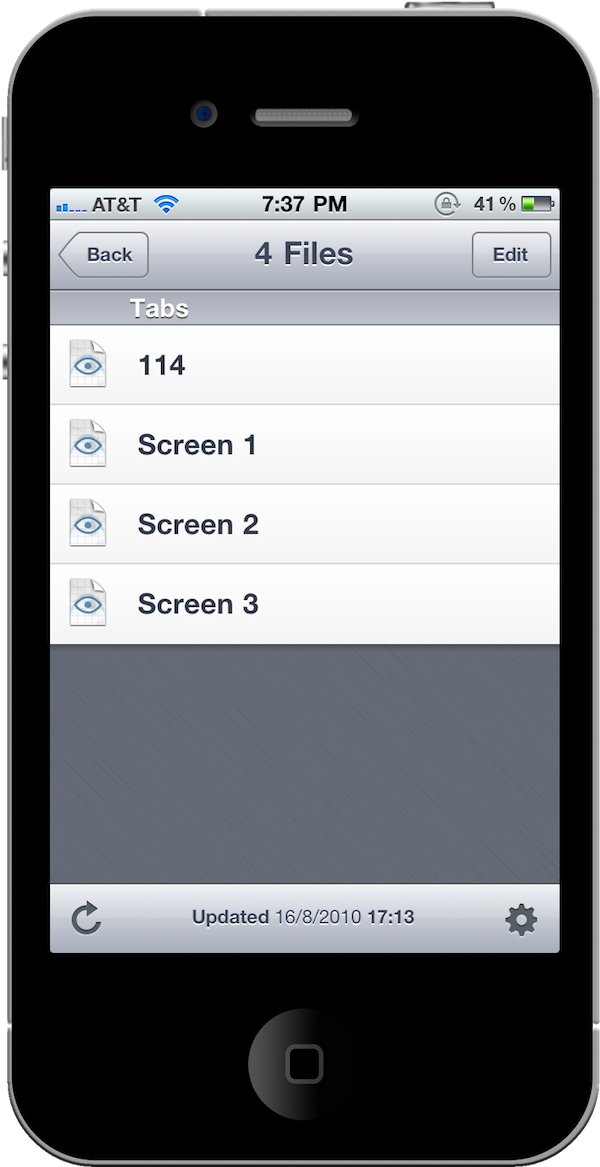 Review has another awesome trick up its sleeve, and that’s for icon designers. I was tweaking the icon for Tabs, and decided to use Review to preview it on my device. It recognized that I was working on a 114 by 114 canvas and transformed into a virtual home screen, giving me two versions of the icon in actual size- one with Apple’s pre-supplied gloss, and one without. Incredibly handy and cool.

Review also lets you organize items within it by folders. I can move items to the homescreen, create a new folder for certain items, etc. Pretty standard.

What Review lacks is something that really frustrates me, and that’s the ability to toggle a ‘screen door’ effect on the iPhone 4. Louie Mantia wrote about this and included an image and demo in his blog post. Review would truly benefit from the ability to preview how items would look on a non-Retina display. It’d be even cooler if I could toggle between a Retina version of my design and a non-Retina version.

Overall, Review is really awesome at what it does. It does one thing, and it does that one thing really well. I encountered bugs with the Mac version not recognizing my keystroke (a restart of Photoshop or Review usually fixed this), but other than that, it seems fine.