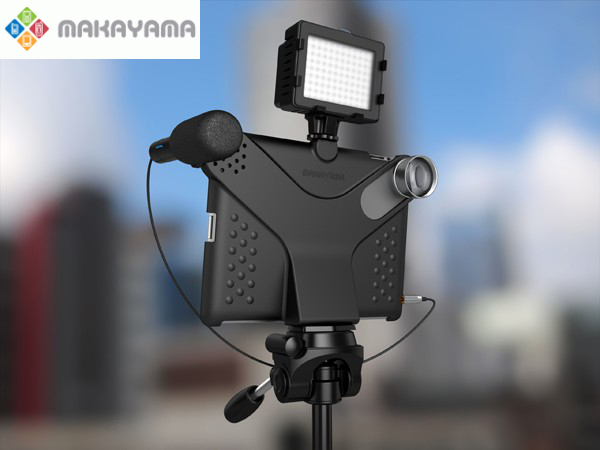 The iPhone’s built in camera is one of the most popular cameras in the world – ask Flickr. Many people were asking for a camera on the iPad 2, but it seems a very few use it because of its lackluster quality and awkwardness. Makayama, makers of mobile apps and software, has released the Movie Mount, an iPad 2 accessory that improves the way you can record video/pictures with the iPad 2.

The Movie Mount is a unique piece of hardware which allows the user to greatly improve video capture with Apple’s iPad 2. It has an arrangement of optional accessories that all snap onto the Movie Mount such as a tripod, tele and wide angle lenses, an optical viewfinder, a microphone and lights too. When outfitted with all Makayama’s accessories, it almost passes as a semi-pro setup. The Movie Mount also has a free iTunes app that will allow the iPad 2 to manually control video recording. You can check out the app right now, but it’s not necessary to use the Movie Mount and its accessories. Video demo after the break.

Here’s a detailed breakdown of the 10 features: 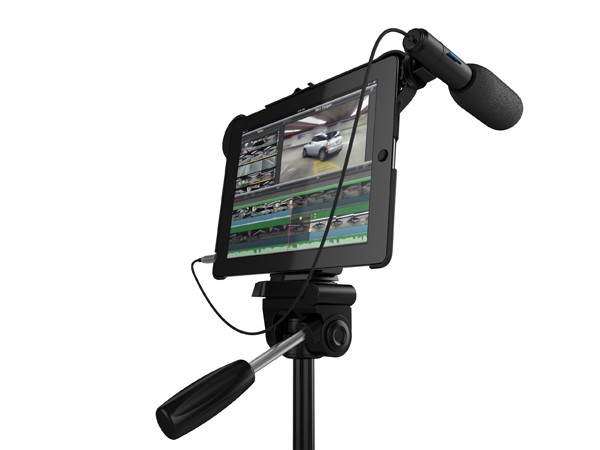 Movie Mount is only being sold through the Makayama website and you can pre-order it now for $69.95 which includes taxes and worldwide shipping. Deliveries will start in October. For more info, check out the product page. $70 seems like a fair price for a decent multi-function iPad mount, especially if this targets to the right crowd of iPad photographers. [via 9to5Mac via Mobile Magazine]