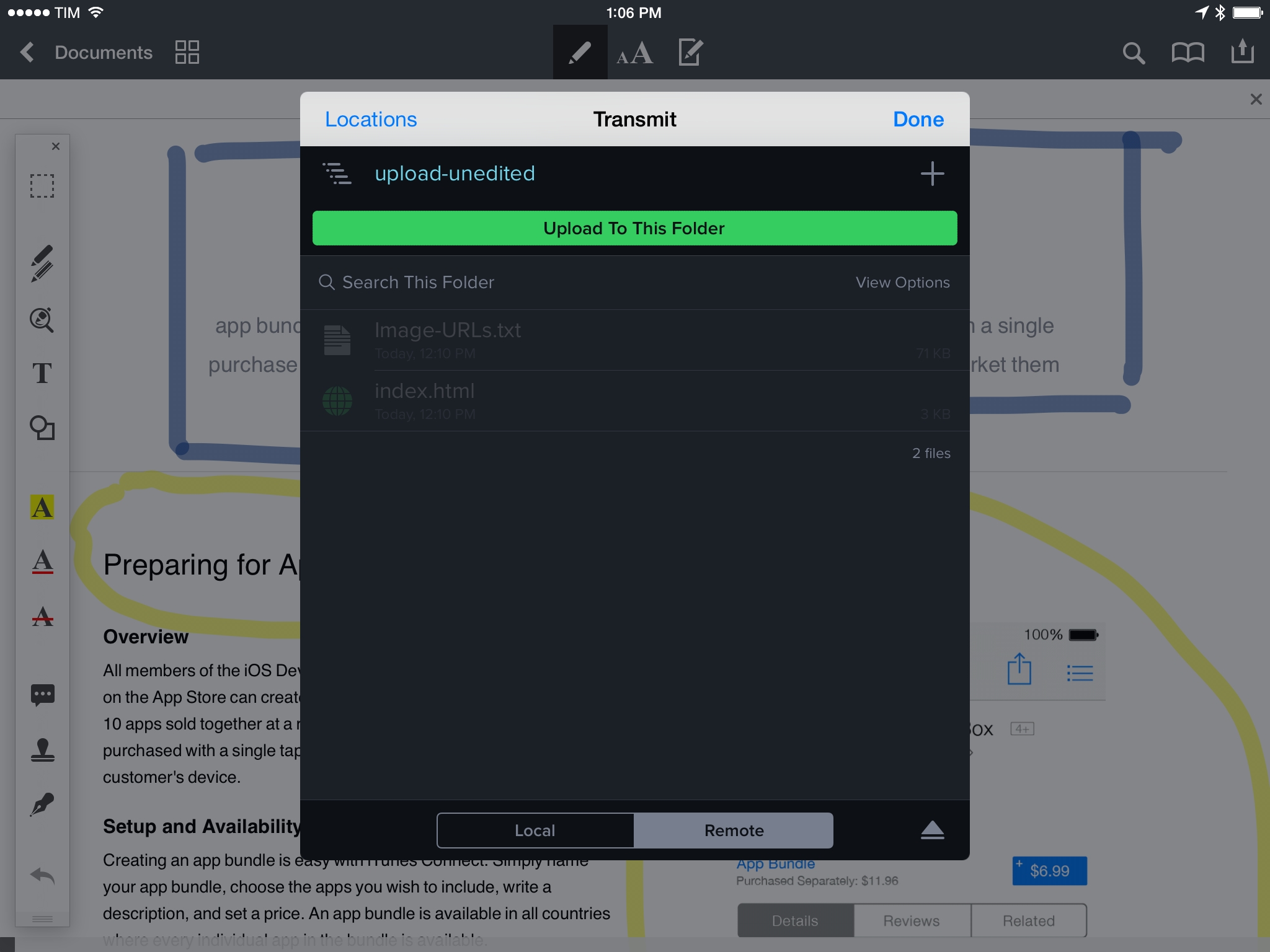 Similarly, Panic’s Transmit was updated with various enhancements including an Import/Export feature for iCloud Drive. These options let you save and copy files to and from Transmit (either in local or remote locations) using the native iOS 8 document picker.

I’ve been playing with both since yesterday and I noticed some good ideas and inconsistencies that I think are worth pointing out.

PDF Expert and Documents can now open files from iCloud Drive using the native document picker with an Open feature. The apps can look into any folder of any app that contains files it advertises to other apps on iOS 8, but only compatible file types can be viewed in Documents or PDF Expert. On multiple occasions, I was seeing an iCloud Drive folder as tappable (not dimmed) in Documents or PDF Expert, but choosing a file gave me an error dialog that said the file was not supported. My understanding is that the issue is previewing a file opened from the iOS 8 document picker into Documents or PDF Expert: if the file can’t be previewed, the error comes up. I believe that the apps should fail more gracefully, communicating to the user that they can’t preview files while still offering ways to import and manage them. 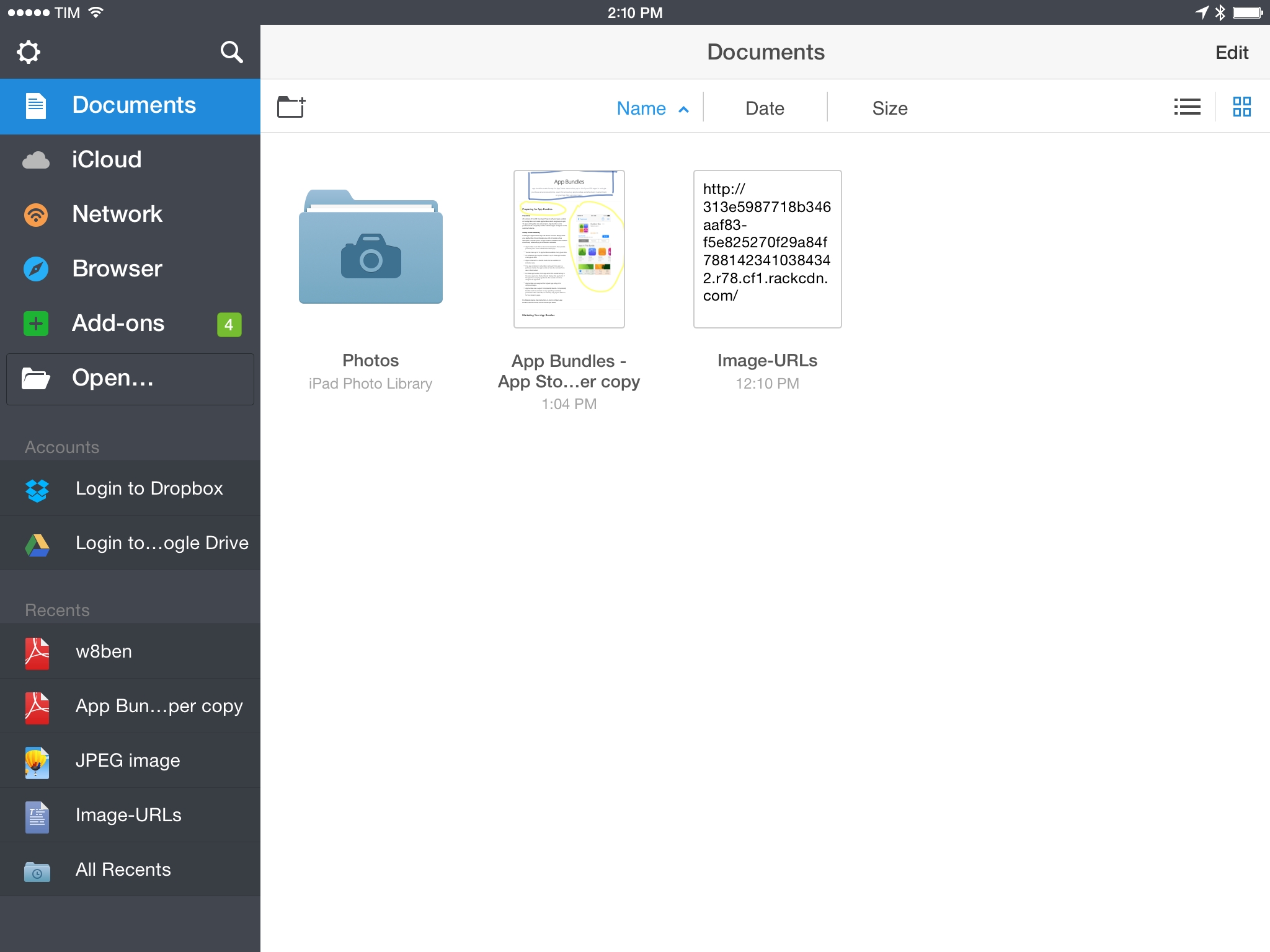 For files that can be previewed, the integration with the document picker is seamless. Once opened from, say, Transmit or PDF Converter in iCloud Drive, a bookmark to the file is created in a Recents view so you don’t have to go through the document picker again. Tap the file, and you can re-open a document stored in another app directly. 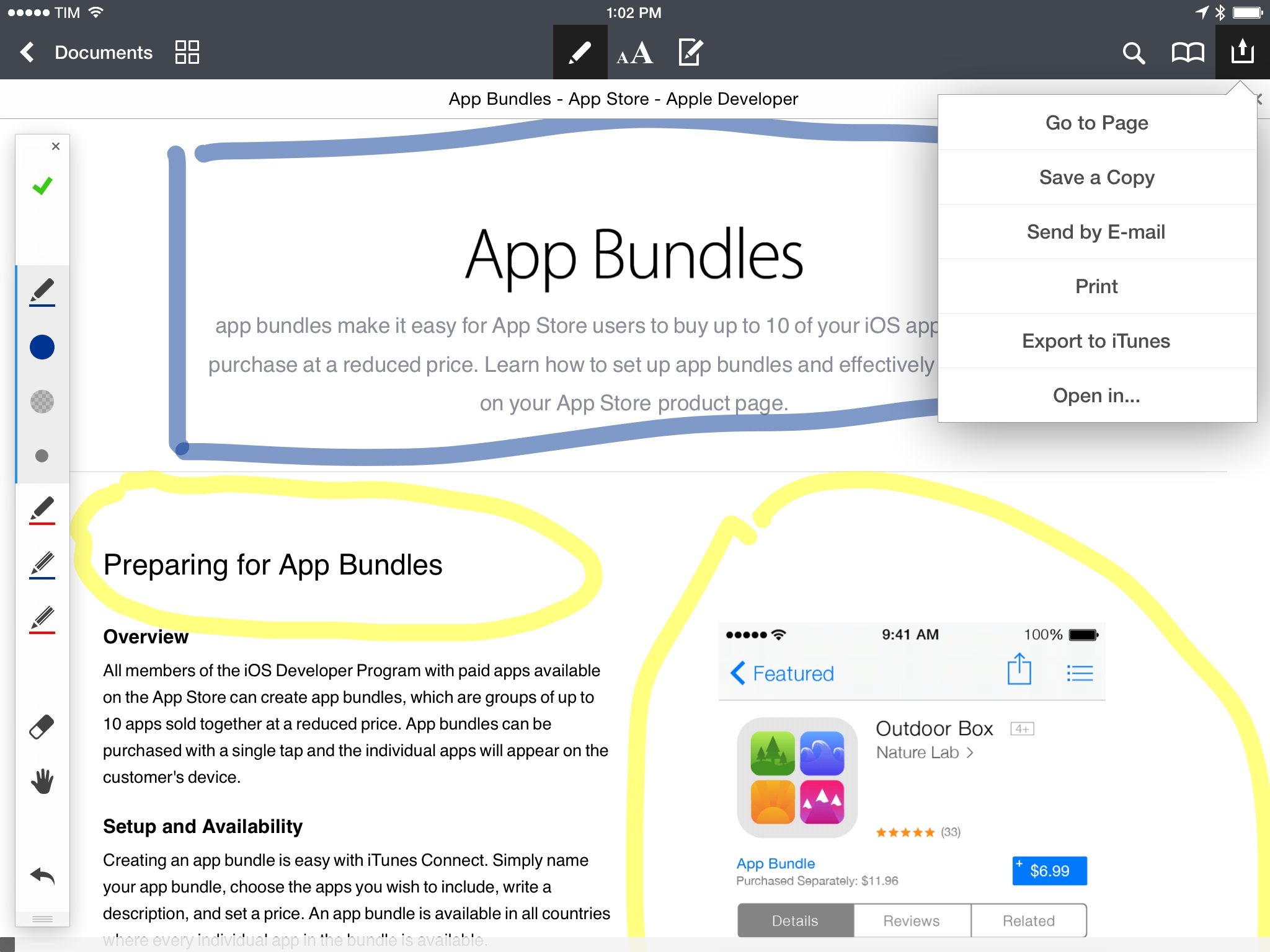 Documents offers a way to create a copy of a file inside its library too. This is handy if you want to open documents from other apps but still create multiple copies of them – sort of like a reverse Open In that doesn’t require switching between apps.

I also noticed that while Transmit shows up as a compatible export destination, Documents can’t upload files to a server configured in Panic’s app. Every time I choose to export a file to Transmit, the app says that a file with the same name already exists (not the case) and even after renaming the file isn’t uploaded.

What I did like is the fact that Readdle apps can relay changes to each other when a file is compatible and opened through the native document picker. For my tests, I created a PDF in PDF Converter and I opened it in Documents, where I applied some annotations to the original without creating copies. I then switched back to PDF Converter, and changes had been relayed to the file. Alas, there appear to be some issues with the same technique in PDF Expert: if I try to open the same file, the app gets stuck on the document picker and I have to force quit it. 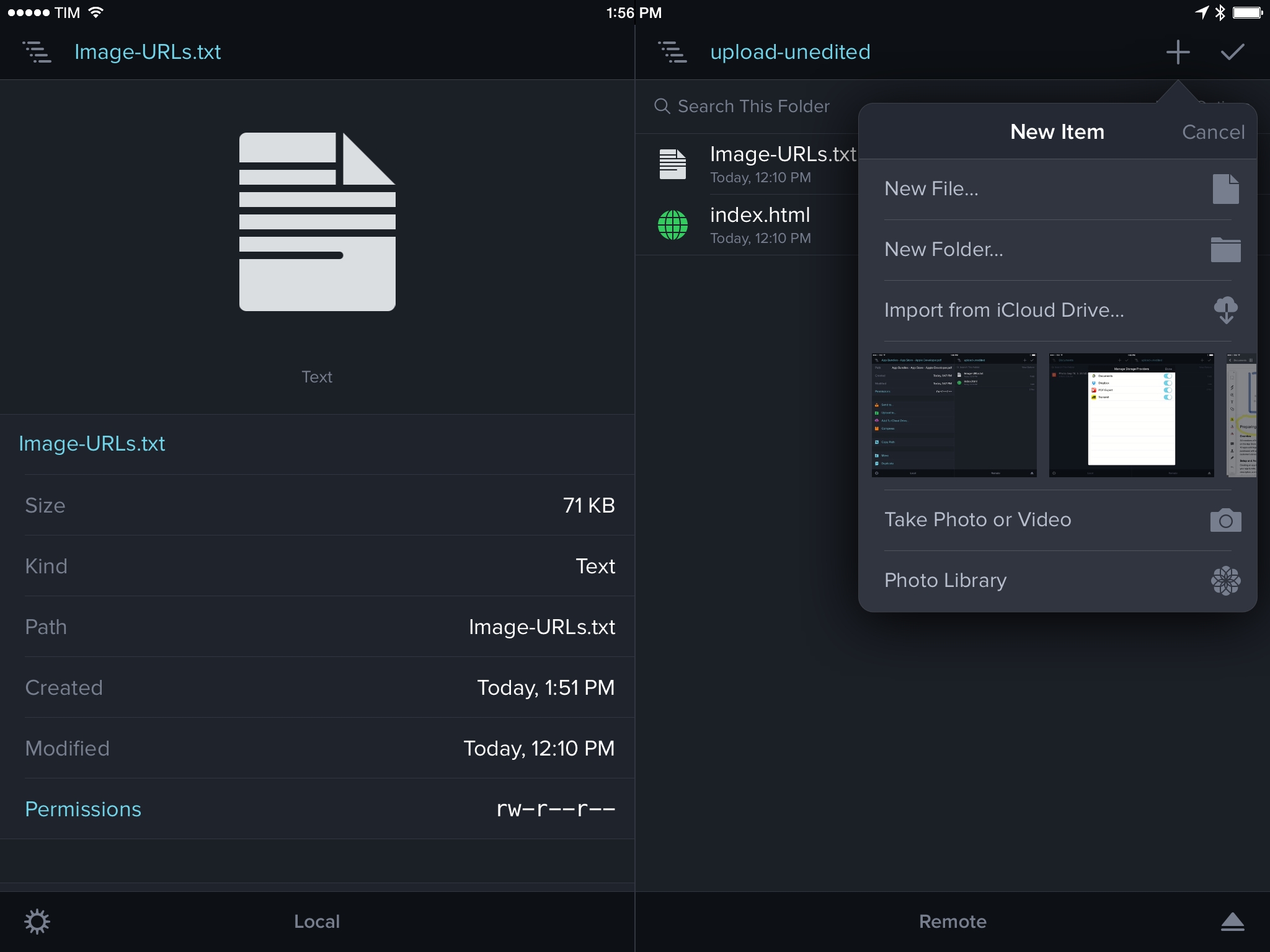 I’ve also had a mixed experience with iCloud Drive integration in Transmit. Panic’s app can import files from Dropbox, but PDF Expert and Documents don’t show up as available document pickers (they do in other apps). 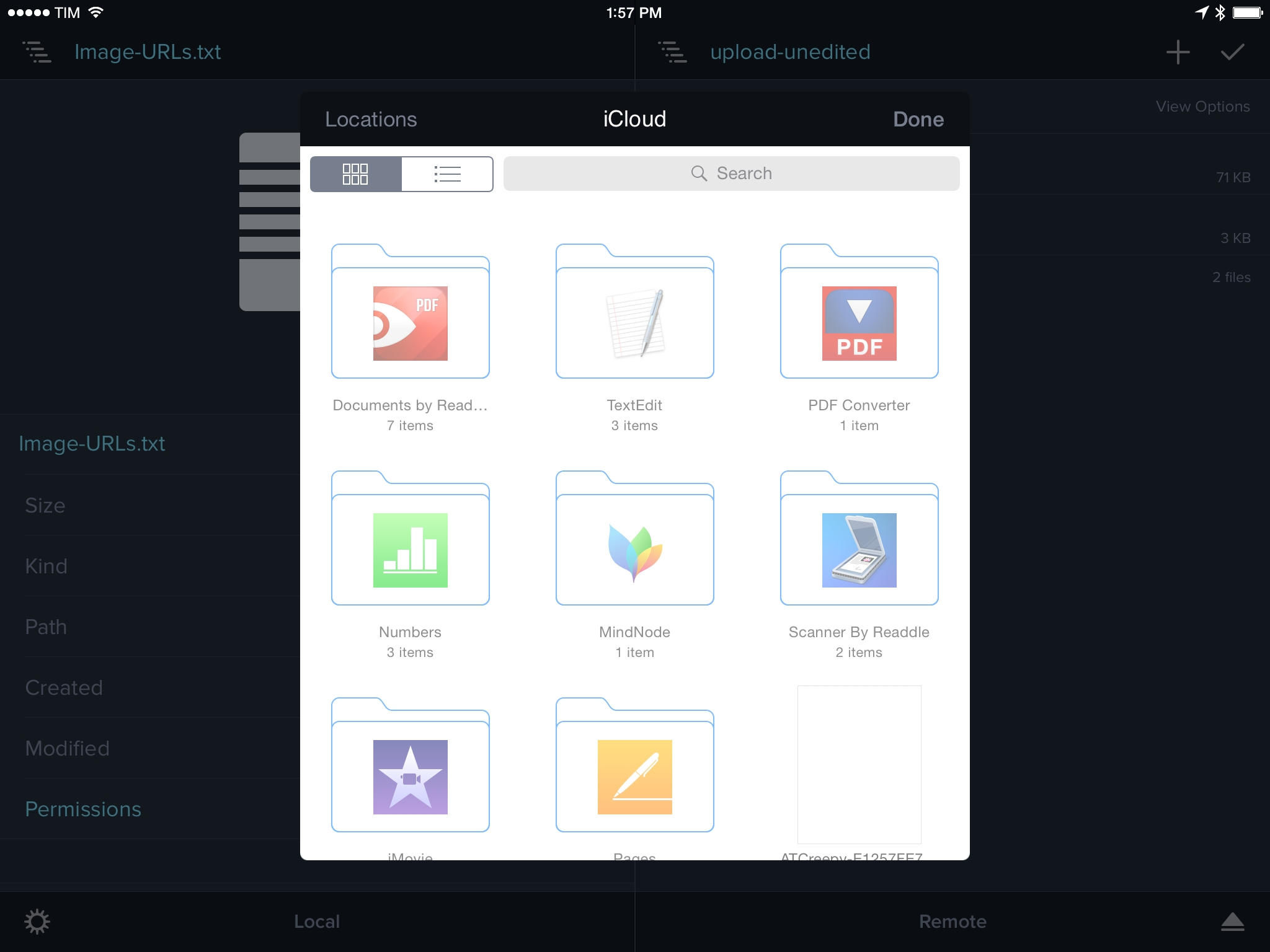 Transmit shows all my iCloud Drive files and folders as grayed out, but when it works (as is the case with Dropbox), the integration is simple and fast. 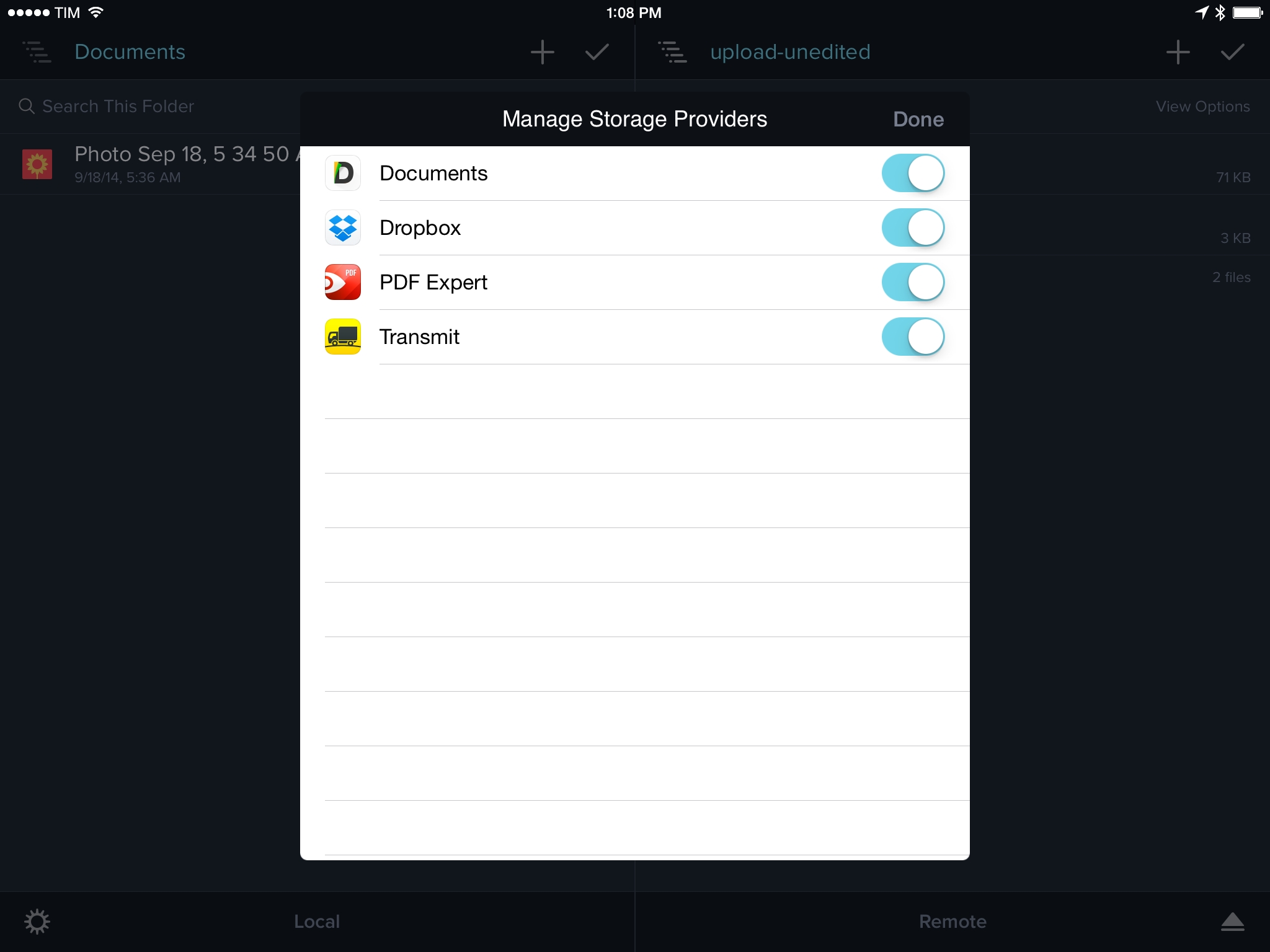 Transmit can export files to iCloud Drive and therefore other apps through the document picker. In Export mode, none of my iCloud Drive folders is grayed out and Readdle apps are compatible destinations – I can get a file from a server in Transmit and save it to Documents without leaving the app. To do this, however, I need to download the file locally first, then export it to iCloud Drive. Transmit crashes if I try to export file directly from the remote interface.

As my experience suggests, we’re in the infancy of document management changes in iOS 8. Third-party developers are still figuring out bugs and ways to let apps communicate; there are dozens of inconsistencies and basic workflows with iCloud Drive and document pickers are still too unreliable to recommend them to most users.

There’s huge potential in improving the way users work with documents on iOS 8, but developers need more time (and less bugs in the iOS SDK).