I was hoping for a late night release of Project for iPad, Richard Branson’s new magazine app built specifically for the iPad, and indeed the app surfaced on the Italian App Store a few minutes ago. I downloaded it, and I’ve just installed it on my iPad.

The app is available in the Italian store here, expect it to go live in the US store in a few hours. 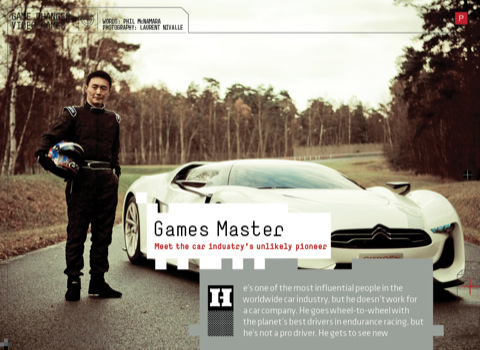 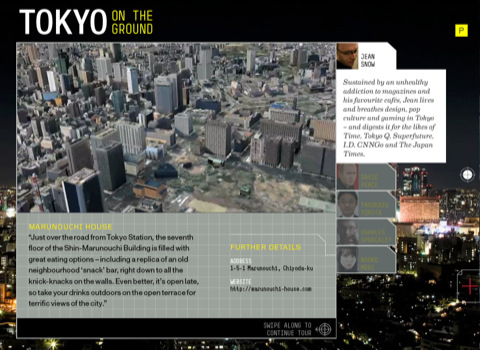 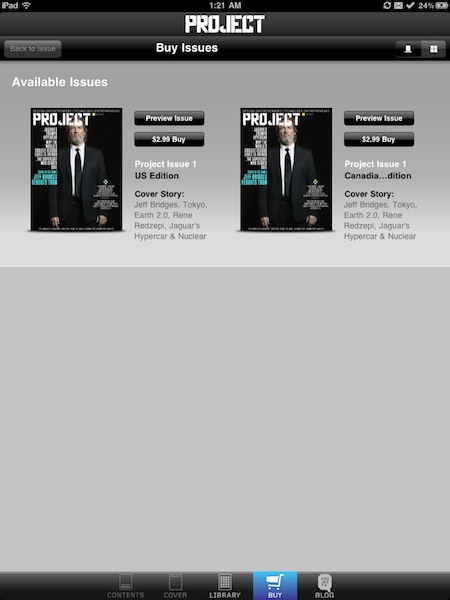 The app seems to be built on the same engine powering many other iPad apps such as Fortune. At least the dashboard is, with the same tabs to manage your library, check on new issues and access the cover. 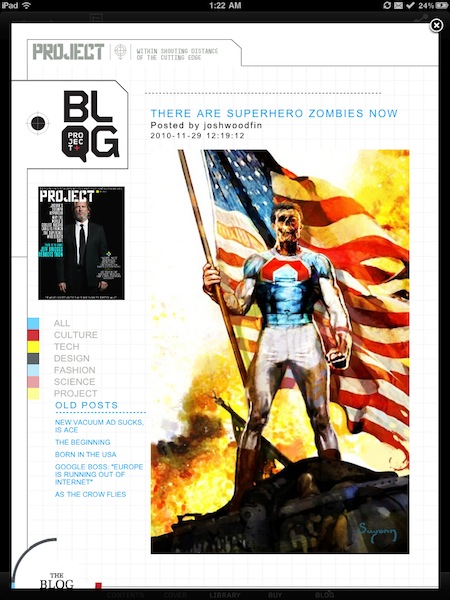 (there’s a built-in view of ProjectMag’s official blog, formatted for the iPad) 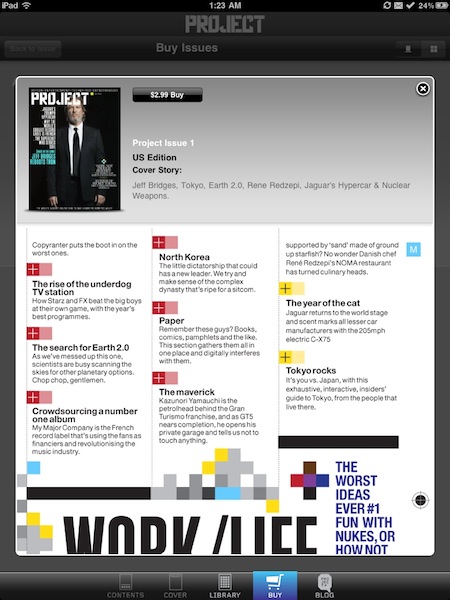 We’re currently testing the app, we’ll update this post as soon as we have more details and thoughts to share.

Update: I’ve been testing the app and reading its articles for a few hours, and I have to say that, pretty moving pictures and videos aside, it feels a lot like all the other “magazine apps” released for the iPad this year. It feels a lot like the Wired app, Fortune, The New Yorker and all the other Conde Nast publications. For instance, the app takes a lot to download the first issue because, once again, developers haven’t figured out a way to cut the size of a digital magazine.

You can’t select text when you’re reading, you can’t zoom – it’s basically a PDF with some interactive elements and a pretty navigation UI. The app even takes a couple of seconds more than usual when adjust orientation of the magazine, and I’ve experienced a few bugs where I couldn’t do anything after watching a video inside an article. I had to kill the app manually and re-open it.

For $2.99 you get some good content and great photography, but I have the feeling the folks behind Project simply took a pre-existent structure (Wired app) and added some new elements such as contextual menus, swipe-to-navigate in photo galleries and animated covers. The Wired app has added new interaction methods since May though, so many features of the Project don’t feel new at all.

The Project for iPad, like many other magazine apps for the tablet, looks beautiful at first. As you dig deep in the app, though, you’ll find that the underlying engine leads to frustration – and it’s not beautiful anymore. It’s got some cool stuff up its sleeves and I’m sure the Virgin team will introduce new features in the upcoming issues (the second one is coming out on December 23rd), but as it stands right now, Project fails at reinventing magazines on the iPad. Even if it’s a pretty failure sometimes. 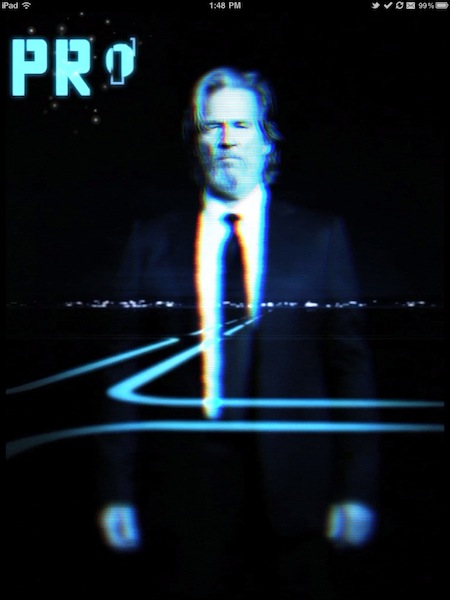 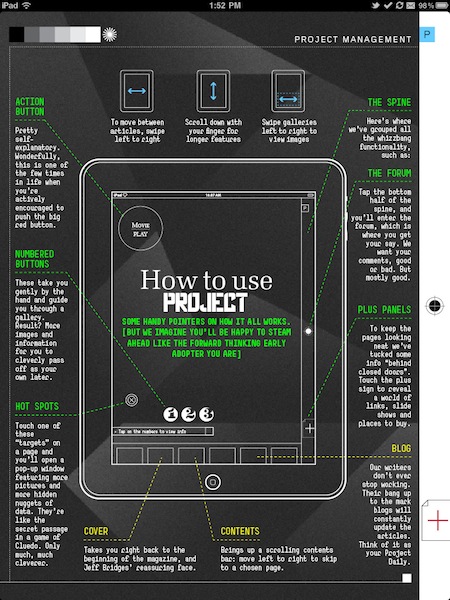 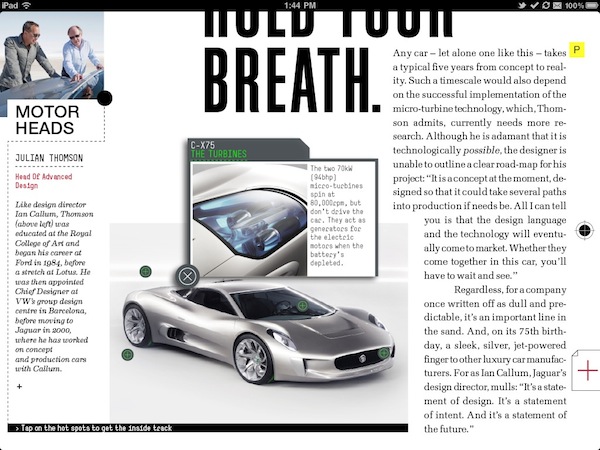 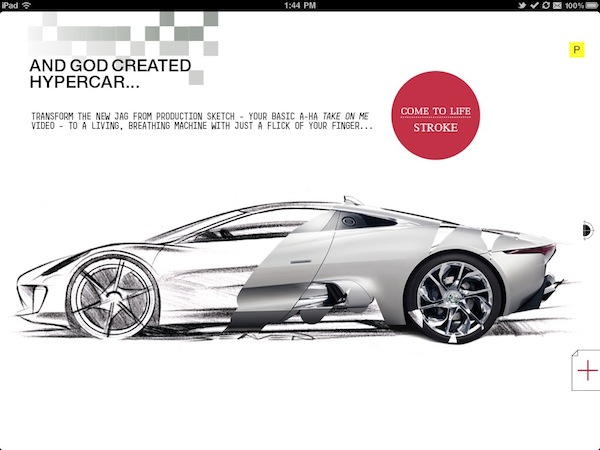 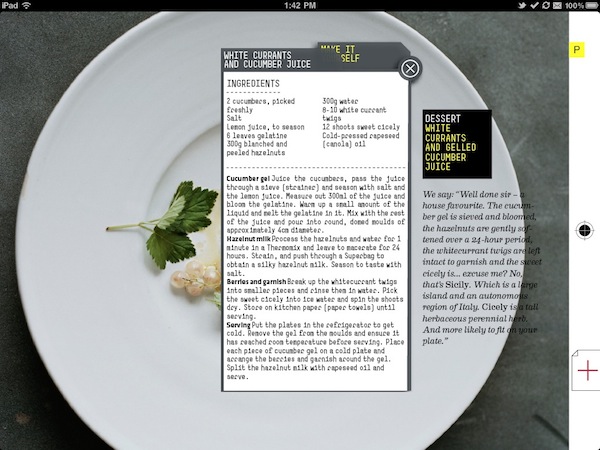