If you’re following me on Twitter, you may’ve noticed that last week I decided to start moving my workflow to the cloud, taking advantage of all the services Google has to offer. Up until 5 days ago I was a proud user of Gmail and Google Reader, but I never really considered using all those other apps such as Docs, Buzz and Talk. Not to mention Location services, Calendar and Tasks.

As many of you told me on Twitter, I was missing the main point of a Google Account, where you’re supposed to have everything you need in one single place (your Google dashboard) and accessing stuff is only a click away. To better enjoy this new Google experience, I also decided to remove Safari from my dock and give a second try to Chrome, but I’ll write a dedicated post about that. I’m sorry Apple, but until you’ll come up with something useful about MobileMe and extend Safari capabilities (plugins) I’m gonna stick with these guys.

Like I said, the main point is that you have this Dashboard where you can access all the services you’ve configured to work with your account. When using a desktop browser, you can head over google.com/dashboard and check out all the things you can play with. It’s fast and useful, but what about mobile devices? What about the iPad? It seems like Google still has to roll out iPad specific versions of its services, and if they don’t want to rewrite them for Apple’s tablet, then I expect Google to really optimize them, at least. Gmail and Buzz are great, the others not so much. So, no iPad specific dashboard.

As you can guess, I immediately went into the App Store and started searching for 3rd party apps that would allow me to access my Google Account in a native UI, perhaps using some Cocoa wrapping techniques just like Mailroom on the iPhone. I’ve stumbled upon this universal app called G-Whizz which, weird name aside, it lets you access all the Google services you want from a single interface. It has become my weapon of choice to keep my revamped Google account under control. 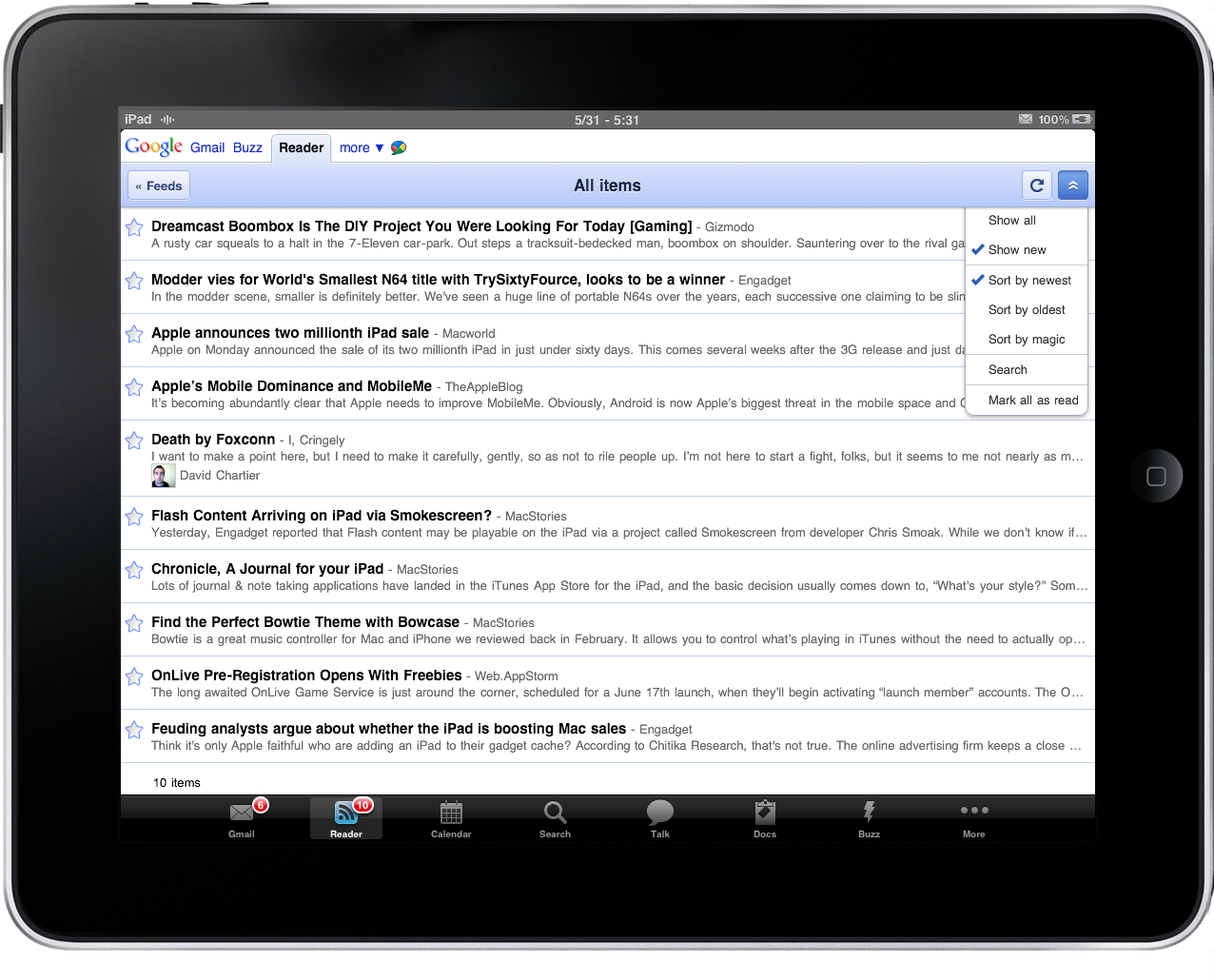 Basically, G-Whizz is a Cocoa wrapper for Google apps that allows you to save the ones you use most as tabs in the bottom bar, and access all the others from a default More tab in the bottom right corner. 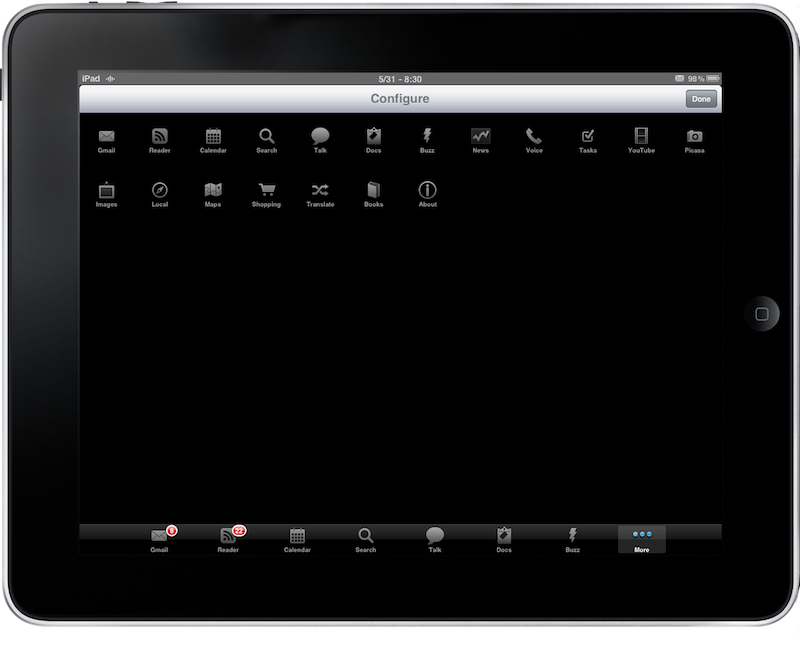 If you don’t try the app, it might sound like a waste of money and yet another tool to wrap the web interface. Sure it’s a web interface wrapped up in a native UI, but I’m telling you it’s not a waste of money. The point about this app is that it makes switching between Google services fast and easy with just a few taps: I can check emails on Gmail, head over Reader to catch up with the news, open the touch (not mobile) version of Youtube to listen to something good before writing something in Simplenote. All of this within seconds, with fast loading times and a couple of taps. Instead of having to mess with Safari and wait for the browser to open and reload each page, I can have everything I want inside a single window and forget about it. 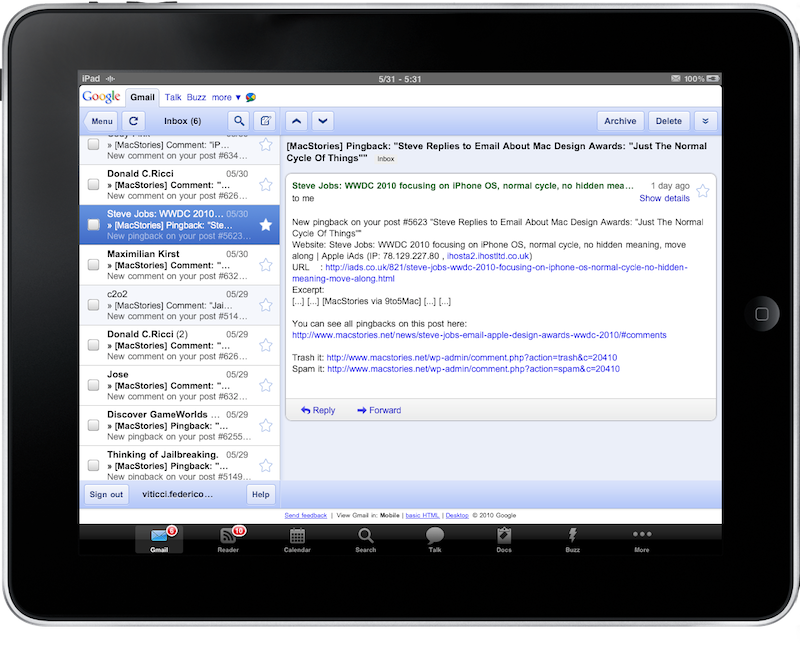 The only thing I wish the devs will focus on is a better integration with the iPhone OS platform. Mailroom, for example, allows you to play with your address book contacts - that’s the kind of feature I’d like to see in a future version of G-Whizz. As it stands now, G-Whizz is the best way to access Google’s apps on the iPad and iPhone, hands down. If you love what Google offers and you’re tired of having to switch between windows or home screen bookmarks, do yourself a favor and go buy the app at $4.99 in the App Store. [iTunes Link]