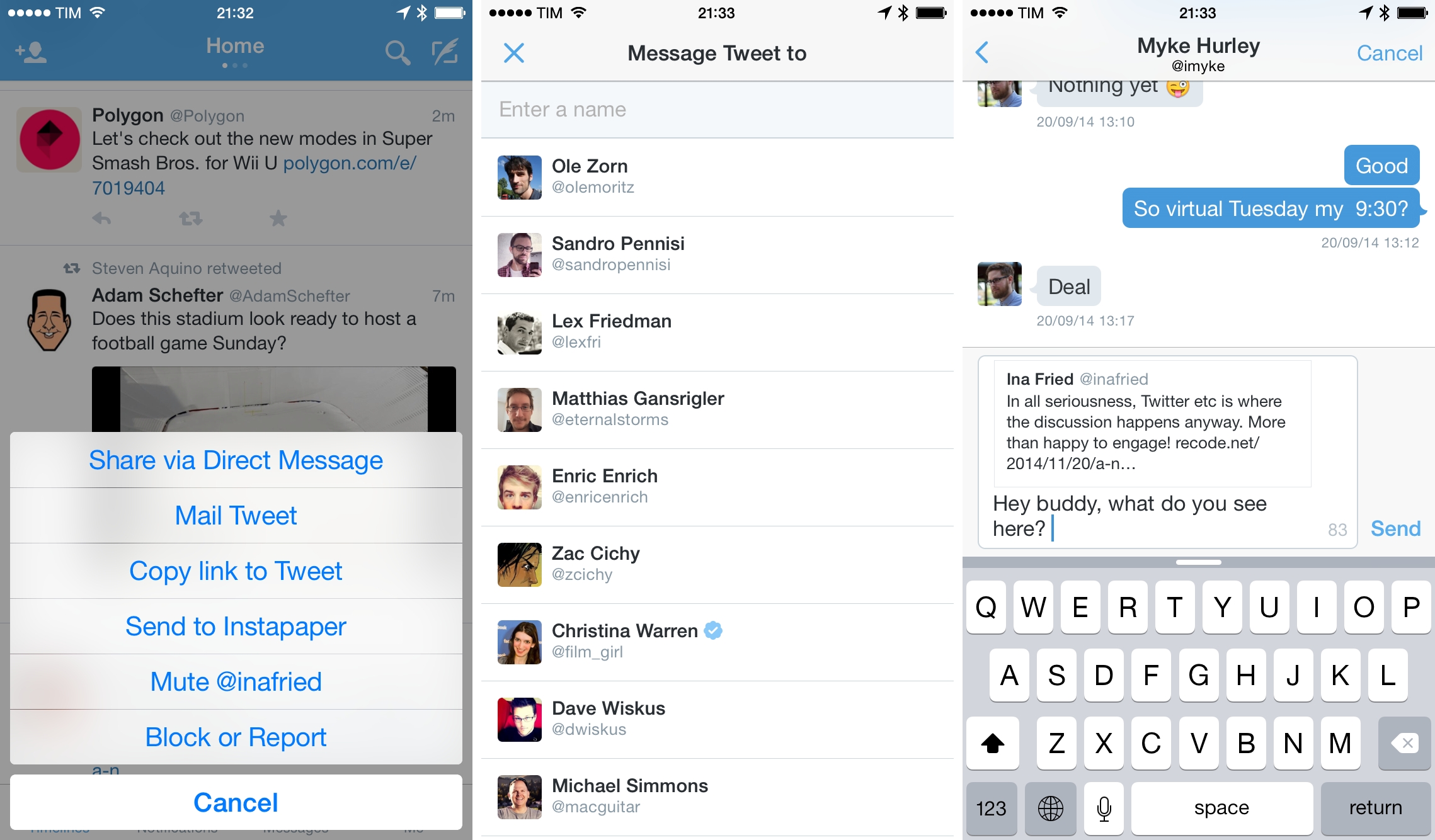 As Twitter promised two weeks ago, improvements are coming to direct messages. After reinstating the ability to share URLs in direct messages, the company has now added a shortcut to its web, iPhone, TweetDeck, and Android apps (no iPad, it seems) that lets you easily send a tweet privately to someone else. 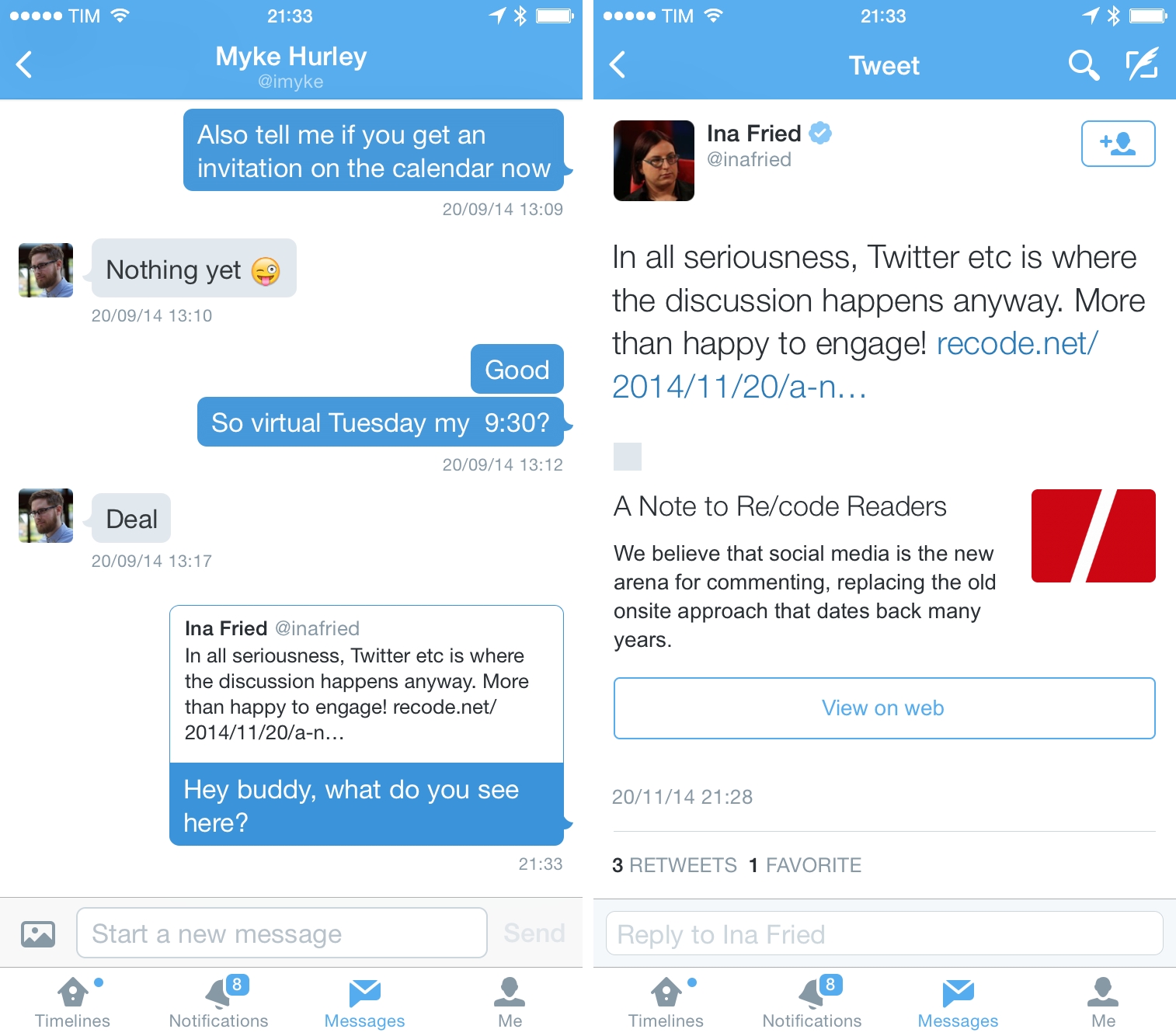 With today’s update you’ll be able to share a Tweet privately with any of your followers. To do this from either the iOS or Android mobile apps, long-press the Tweet in your timeline and choose “Share via Direct Message.” On twitter.com and TweetDeck, tap the “••• More” icon and select “Share via Direct Message.” The person you share a Tweet with will get a push notification, and the Tweet will display directly in the conversation.

When you share a tweet, you’re first presented with a list of your recent contacts from DMs. In the Twitter apps, shared tweets appear as rich previews (see screenshot above) that preview the linked tweet directly in the conversation view. Obviously, this feature is only available in the official Twitter apps – both Tweetbot and Twitterrific show plain Twitter URLs in direct messages.

And curiously enough, there seems to be a difference from sharing a tweet in the old fashioned way and using Twitter’s new shortcut:

Twitter lets you embed tweets in DMs, but it’ll cost you 24 characters. (Pasting the link to a tweet only costs 23.) pic.twitter.com/0vFVSkYpAy

But there is an explanation:

@gaberivera We fallback to a URL if you don’t have permission to view it, and all URLs in DMs are https.