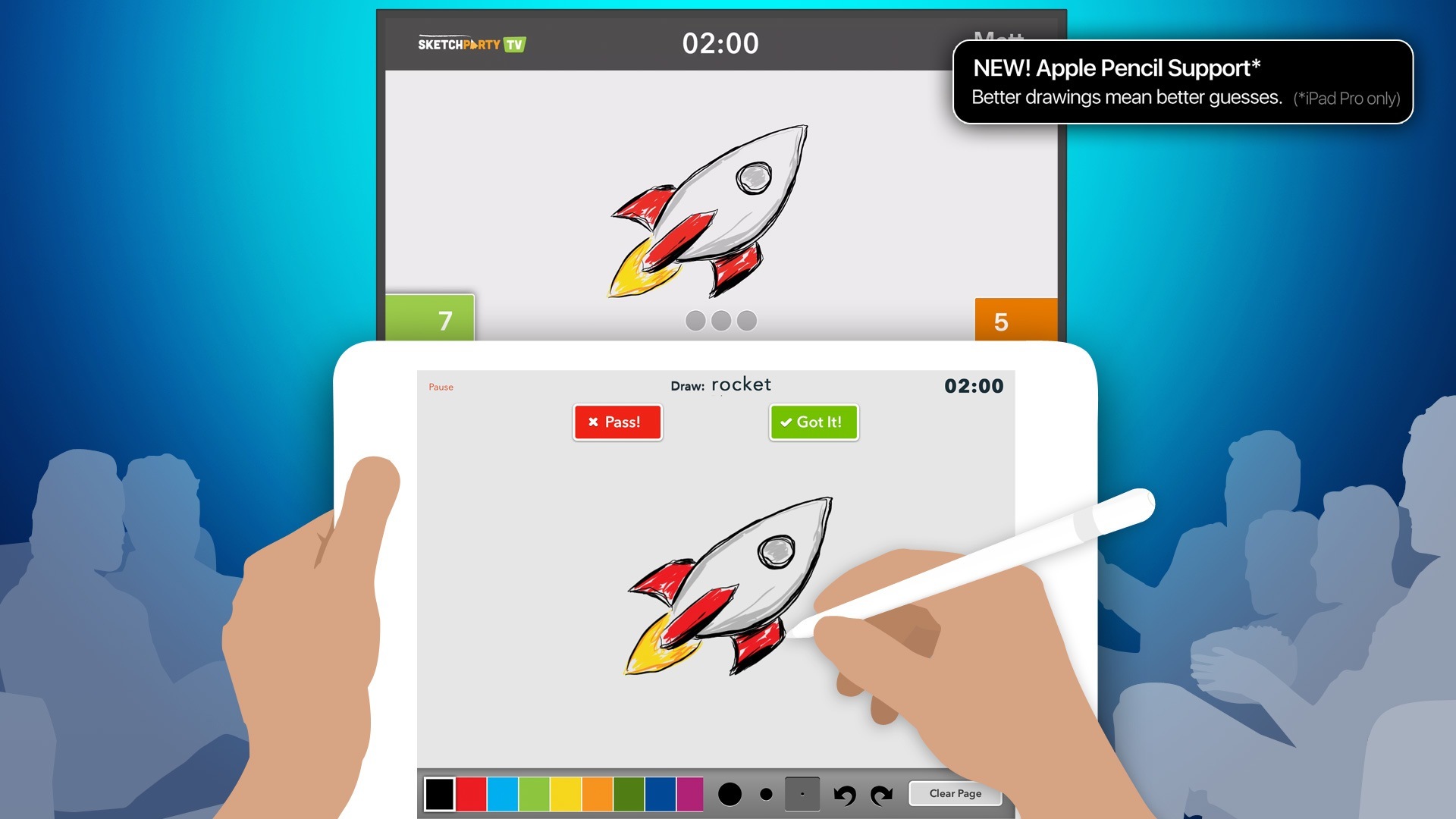 When my family gets together, we like to play games. One game has been a mainstay of our gatherings for the last four years: SketchParty TV.

SketchParty TV is a multiplayer game similar to Pictionary which uses an iOS device as the marker and your Apple TV-connected television as the drawing board. If you have a 2nd or 3rd-gen Apple TV, you can use the iOS version with AirPlay Mirroring. For 4th-gen Apple TV owners, there’s a native Apple TV app that connects to the iOS version.

The 4.0 update to SketchParty TV is a big one, with a visual overhaul for iOS 9+, a redesigned canvas, updated scoring system with speed-based rewards, and full support for the Apple Pencil on iPad Pro devices.

The Team Setup interface was always usable, but it got a lot of special attention in this update. In addition to improved word list settings, entry of team members is easier and now you can drag to reorder and even switch between teams.

If you own a compatible iOS device and a 2nd-gen or higher Apple TV, SketchParty is an excellent game for friends and family gatherings. Right now it’s on sale, too, for $5.99 (normally $9.99). Check it out in the iTunes App Store. 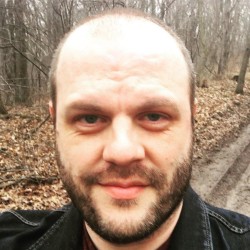