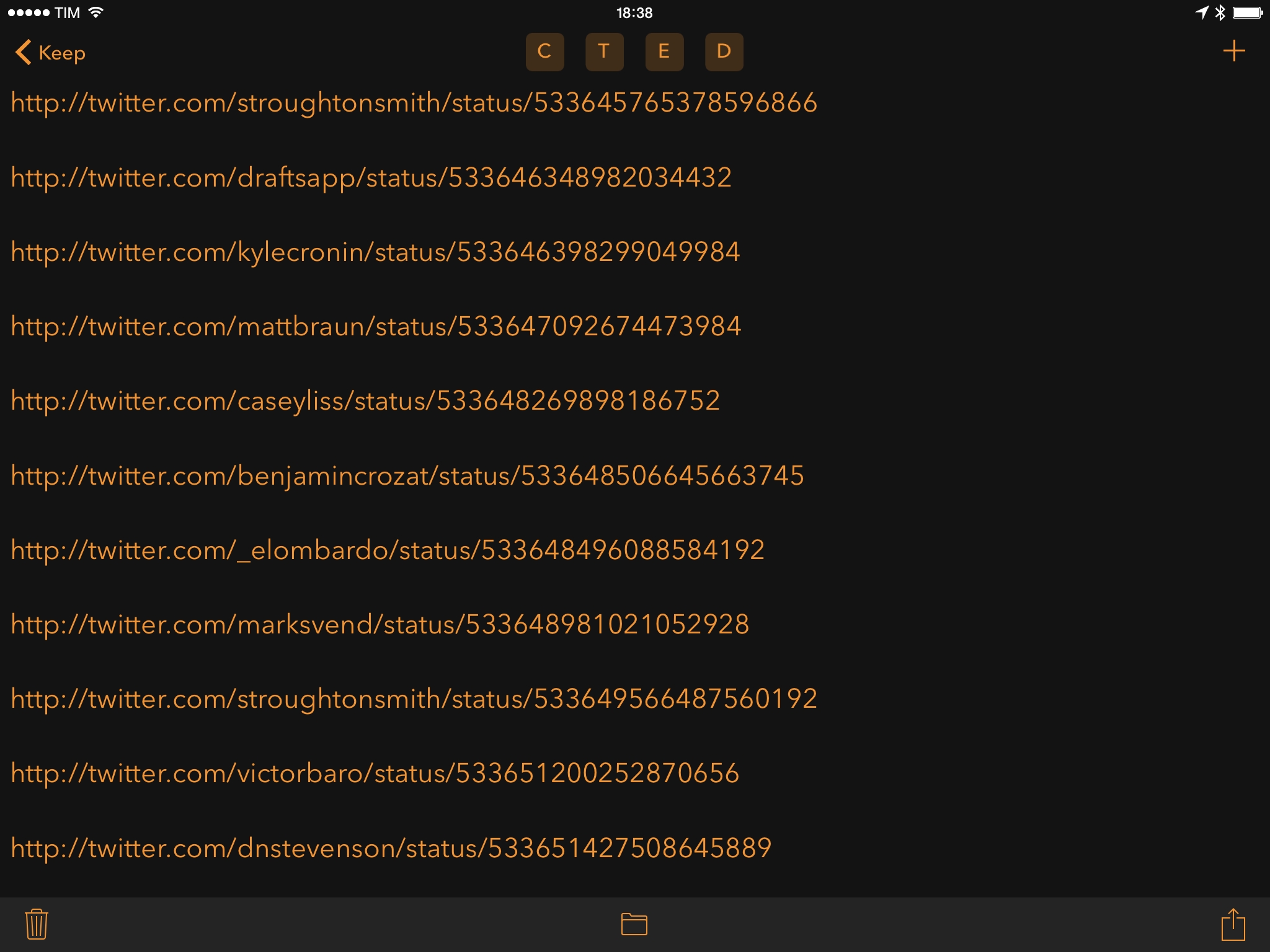 A few days ago, I asked a question on Twitter and received lots of interesting replies that I wanted to save for reference. I thought that I could simply use iOS 8 extensions to append direct links to each tweet to a single note, but that turned out to be harder than expected.

Two months into iOS 8, there’s now a good selection of apps capable of saving text from any app via the system share sheet – notably, Drafts, Evernote, and Clips. However, all these extensions receive text from the share sheet and create a new note in their respective apps, whereas I wanted to be able to save multiple tweets to a single note with as little interaction as possible.

I tweeted that, ideally, there would be an iOS 8 extension with an “append” mode that, after receiving text, would be capable of appending it to the bottom of an existing note, but neither Clips or Drafts have support for this feature. Phillip Gruneich is right to point out that I could create a multi-step Drafts action to append each tweet to a draft, but that would still require me to save each tweet from the extension and then go through each one of them all over again. I just want to save tweets from the share sheet and be done with it.

Thanks to reader Jonathan, I came across an app called NoteBox that can capture text with a share extension and has a native Merge feature. It wasn’t exactly what I was looking for (an append mode built directly into an extension), but it was close, and I needed ideas anyway, so I decided to check it out.

NoteBox is new to me and it looks like a strange mix of Drafts and Mailbox. The app is clearly inspired by Drafts (down to the icon), but it lacks all of its advanced features and it combines note-taking with some task management aspects taken from Mailbox and Apple’s Mail app (you can swipe notes to complete them or keep them in archive, for instance). There’s sync, one-tap shortcuts for actions, and a built-in web browser for links (which is a great idea). 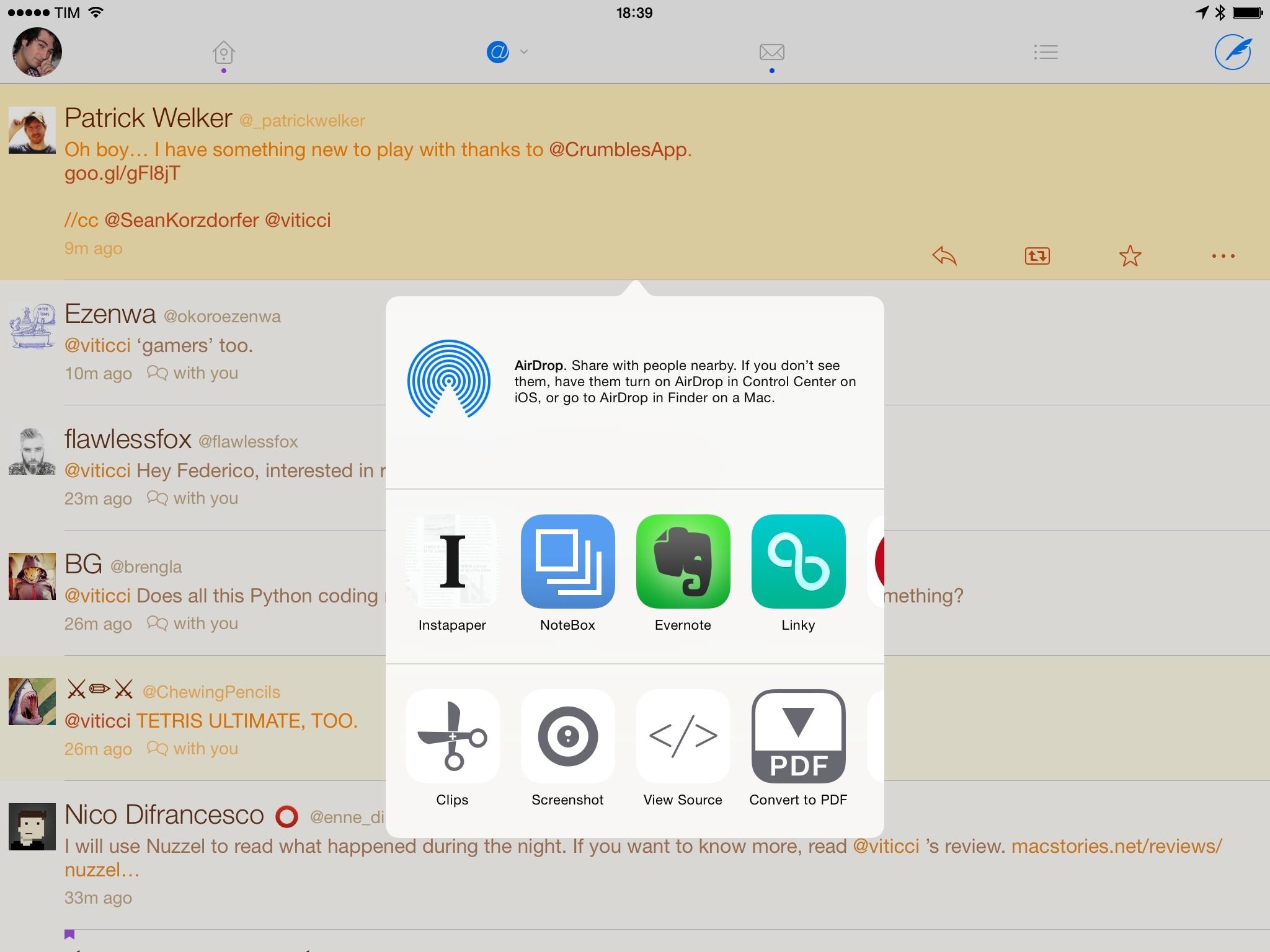 What I was interested in was the Merge feature, which is available by selecting multiple notes (Edit button, top left) and selecting Merge Notes from the share sheet. 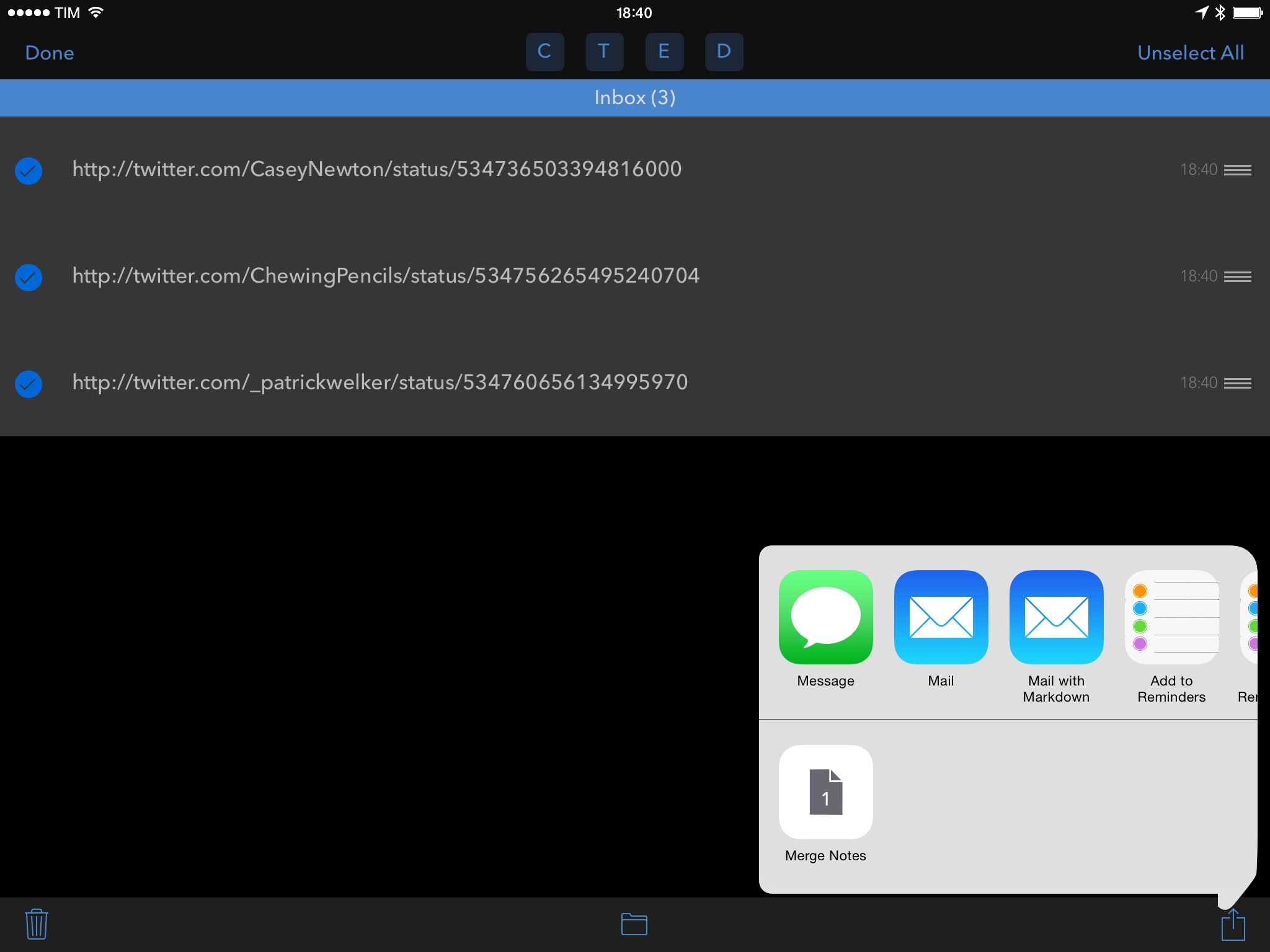 This brings up a dialog that lets you choose a separator (nice touch); after that, you’ll end up with a single note with the merged contents of all the previous ones. 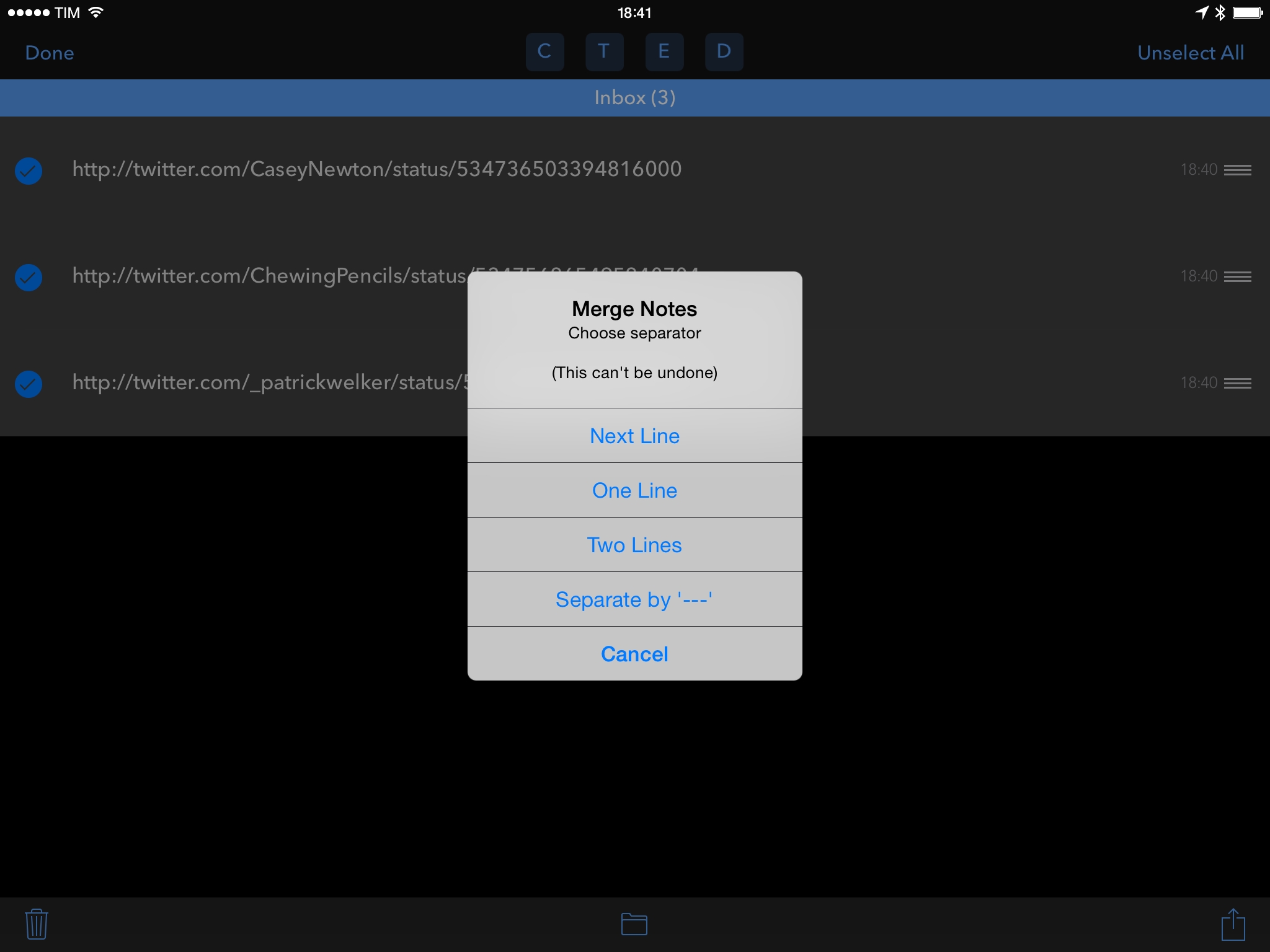 In my case, I saved each relevant tweet from Twitterrific, opened NoteBox, and used the Merge feature. I now have a single note with all the links to responses I received on Twitter, and I didn’t have to go through them twice or come up with a crazy workflow to append them to the bottom of a text file. This would have taken at least 30 minutes before iOS 8 between copy & paste and app switching; it took me two minutes with share sheets in Twitterrific1 and merging in NoteBox.

Now I just need to figure out how to turn these Twitter URLs into embedded tweets programmatically.