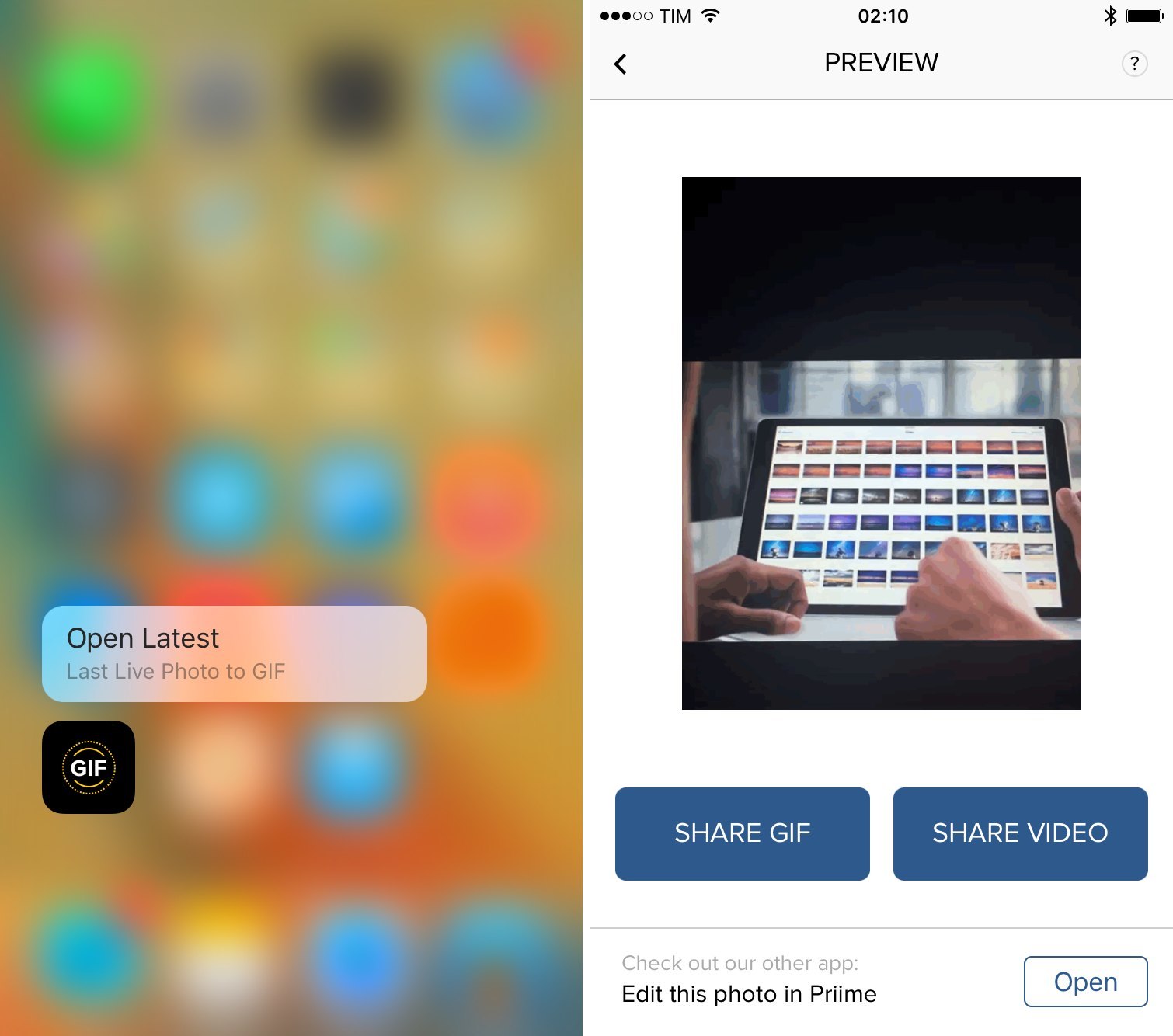 Live Photos are one of the best features of the iPhone 6s. While not revolutionary from a technical perspective (they’re video files associated with an image), the simple and natural implementation of Live Photos is breeding a new type of medium – the moving photo that comes alive under your touch. Harry Potter-esque in their effect and delightfully blended with 3D Touch, I genuinely believe that Live Photos make for one of the best demos of a new iPhone in years.

There’s one caveat with sharing Live Photos, though: at least for now, unless you’re sharing with someone who has an iPhone or unless the app you’re using is able to convert Live Photos on the fly, there isn’t a way to export Live Photos to GIF or movie formats from Apple’s Photos and share the result with the world. This is what Live GIF, a new $1.99 app released today by Priime, wants to offer a solution for.

Live GIF launches to a screen that automatically filters your photo library to only show Live Photos in a grid. You can press firmly on a Live Photo to peek at the video, or you can tap on one to start the conversion process, which typically lasts a couple of seconds. When done, the app will show an animated GIF (without audio, of course) with two buttons to share as GIF or share as video. In both cases, you’ll be shown the system share sheet so you can send the converted file to any app or extension you want. Keep in mind that GIFs are saved with looping, while videos are saved without looping and include audio.

And that’s all Live GIF does. In my tests, the app never failed to generate GIFs and videos for my Live Photos, which I was able to share via iMessage, Slack, and upload elsewhere with other apps. Live GIF provides an important missing functionality for iOS 9.0 and the current version of Live Photos – and it can be especially useful if you’re planning to share Live Photos on the web or with friends who don’t have iPhones.